'It's about time he f*cking contributed!' - Bale's foul-mouthed praise for Ramsey after Wales beat Hungary 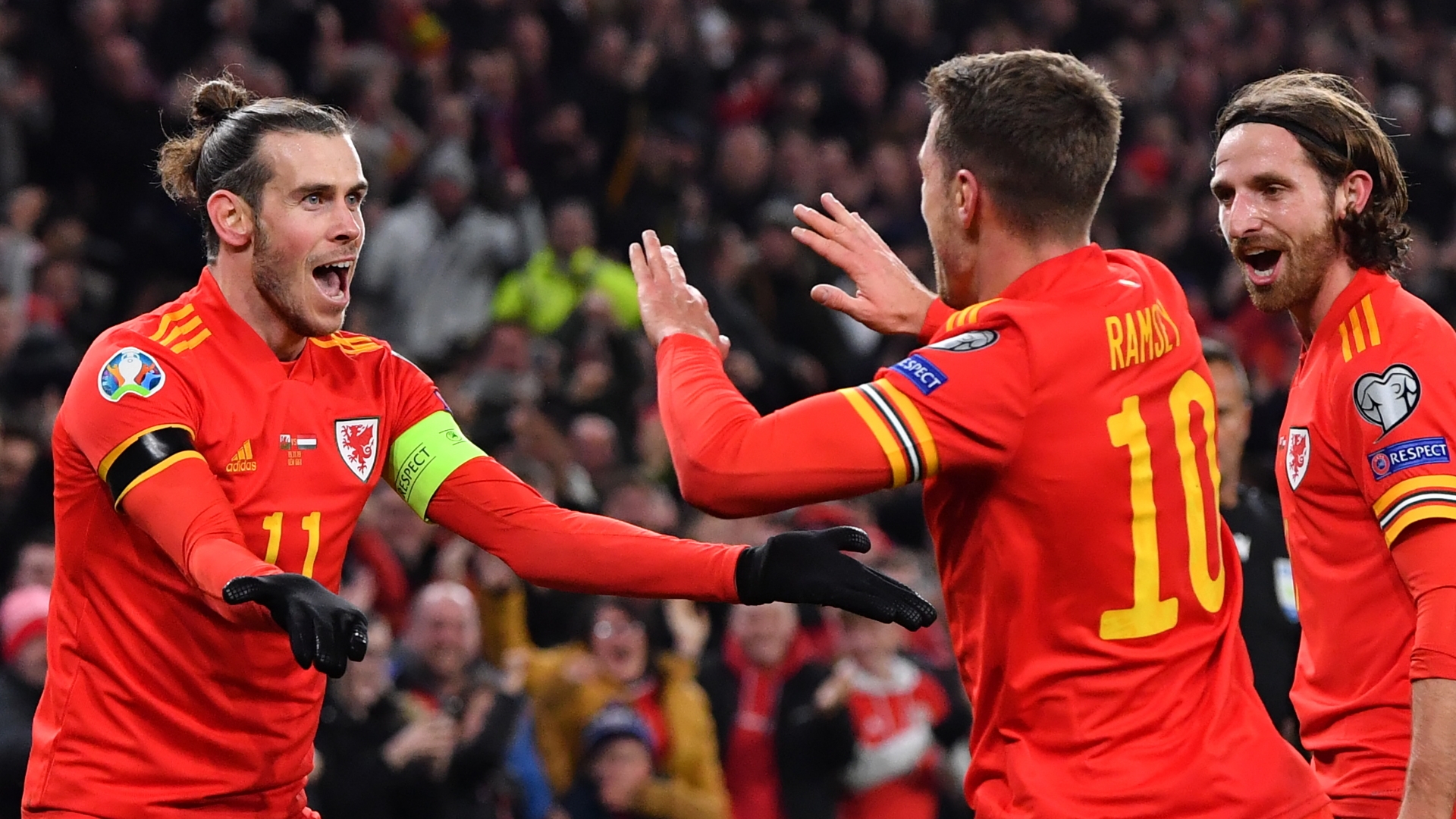 Ryan Giggs' side booked their place in Euro 2020 with a comfortable home win thanks to a brace from Ramsey, who earned a 60th cap for his country.

The Juventus midfielder opened the scoring when he headed home a pinpoint Bale cross from the right wing just 15 minutes into the contest.

Wales reached the semi-finals of the 2016 European Championship in France and will have the opportunity to pit their wits against the continent's strongest nations once again next summer.

Real Madrid superstar Bale took some time out with Ramsey after the game to discuss the Dragons' latest performance and couldn't resist a foul-mouthed dig at his international colleague.

When asked if it was good to see the 28-year-old make the difference upon his return to Wales' starting line-up Bale joked: "It's about time he f*cking contributed!"

Giggs also highlighted Ramsey's display post-match, while expressing his joy following "one of the best days" of his life.

"It doesn't get any better, it's amazing!," he told Sky Sports. "From where we were in the summer, all credit to the lads for coming back. One of the best days of my life.

"We defended really well, we can play better. Overall two goals and a clean sheet and they didn't really trouble us apart from the one save from Wayne Hennessey.

"This side can do a lot more. There is quality in the squad, not just the XI. Every player has shown their class, some of the lads were on their last legs at the end there.

"Aaron Ramsey has shown that class, his finishes - we missed him! Better late than never I suppose.

"To be honest I haven't really thought about what it means personally - there's been a lot of hard work put in and I am blessed with the best staff I could ask for."

Wales ended up finishing second in Group E on 14 points, three behind Croatia, who beat Georgia 2-1 in a friendly earlier on Tuesday.

Meanwhile, Slovakia's 2-0 home win over Azerbaijan saw them leapfrog Hungary into third, securing a spot in the play-offs in the process.