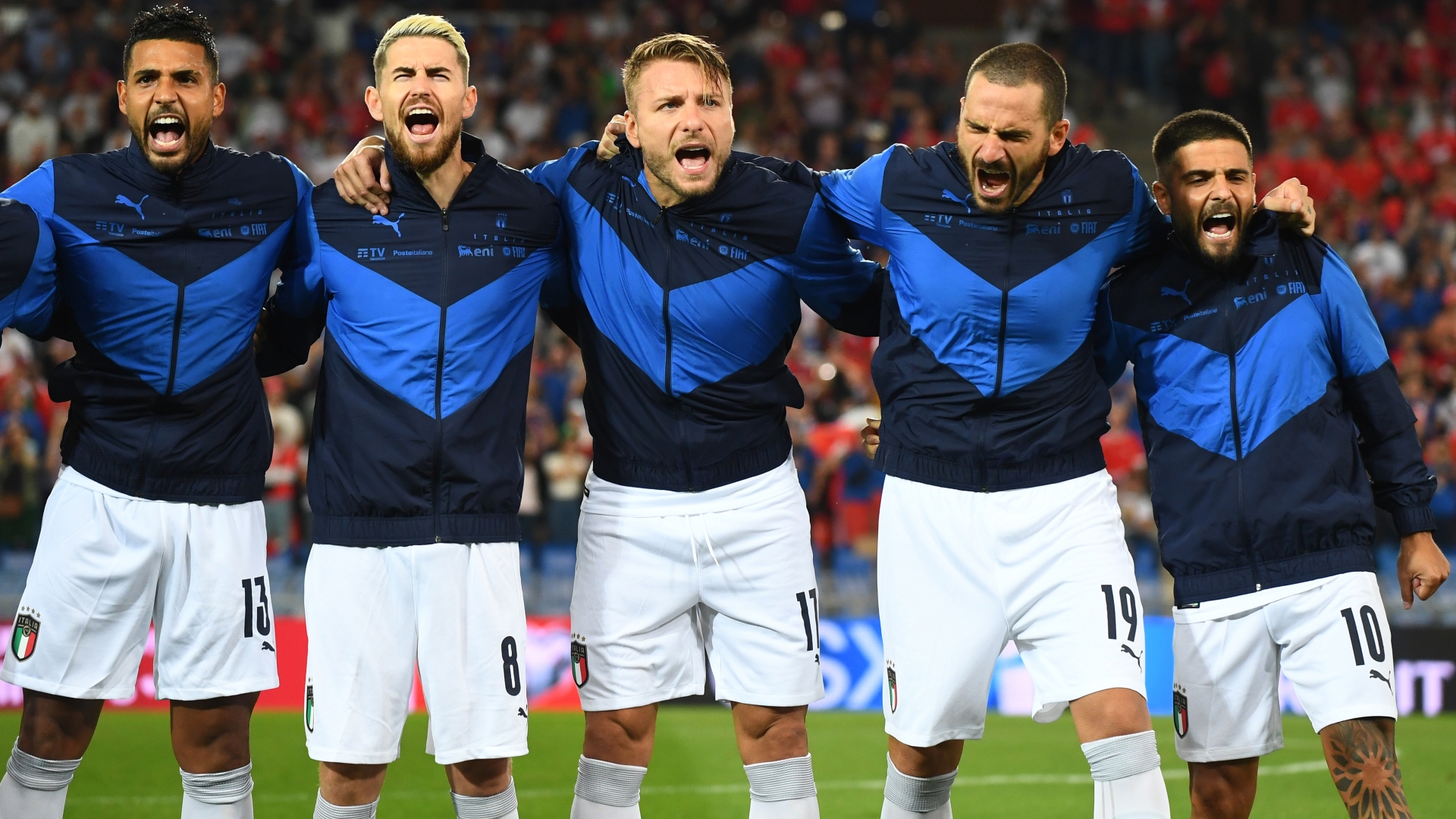 Roberto Mancini's side were last beaten in 2018, breaking a mark set by Spain and Brazil previously

Italy have set a new record for an undefeated run for an international side, with Roberto Mancini’s men now without a loss in their last 36 matches.

The Azzurri reached the mark with a scoreless draw against Switzerland in World Cup qualifying on Sunday.

That point set a new best in terms of matches undefeated, surpassing the Brazil side from 1993-96 and the great Spain side of 2007-09.

Italy’s run started in 2018 following a 1-0 defeat to Portugal in National League action on September 10.

The first match of the sequence was a 1-1 home draw against Ukraine.

It continued through Euro 2020 qualifying, including a group that featured the likes of Greece, Finland and Bosnia-Herzegovina, and then more impressively in a Nations League pool that included Netherlands, Poland and Bosnia once again.

Roberto Mancini then led his side to Euro 2020 glory, impressing in the group stages before grinding their way to the title thanks to an extra-time win over Austria, a fine success over Belgium then back-to-back wins on penalties over Spain and England.

Ironically, Jorginho, who slotted the winning penalty in the European Championship, missed a spot kick that would have sealed the run against Switzerland.

Despite their undefeated run, Italy have now drawn four of their last five matches over 90 minutes.

If that continues, their positivity could wane.

“We played really well this evening in every sense, with technique and aggression, probably better than when we beat Switzerland 3-0 in June,” Giorgio Chiellini told RAI Sport.

“What we lacked was the little bit extra to score a goal. This is what we need to find as soon as possible, because this was already a big step forward from Thursday’s game, as we were back to the team we saw in Wembley.

“We’ll make another step forward for the Nations League in November, then we’ll take World Cup qualification after that. Let’s take it one step at a time, recover some energy, there’s a long way to go and we have to prepare for Wednesday.”

Italy remain in a strong position in World Cup Group C, sitting on 11 points through five matches, four ahead of the Swiss.