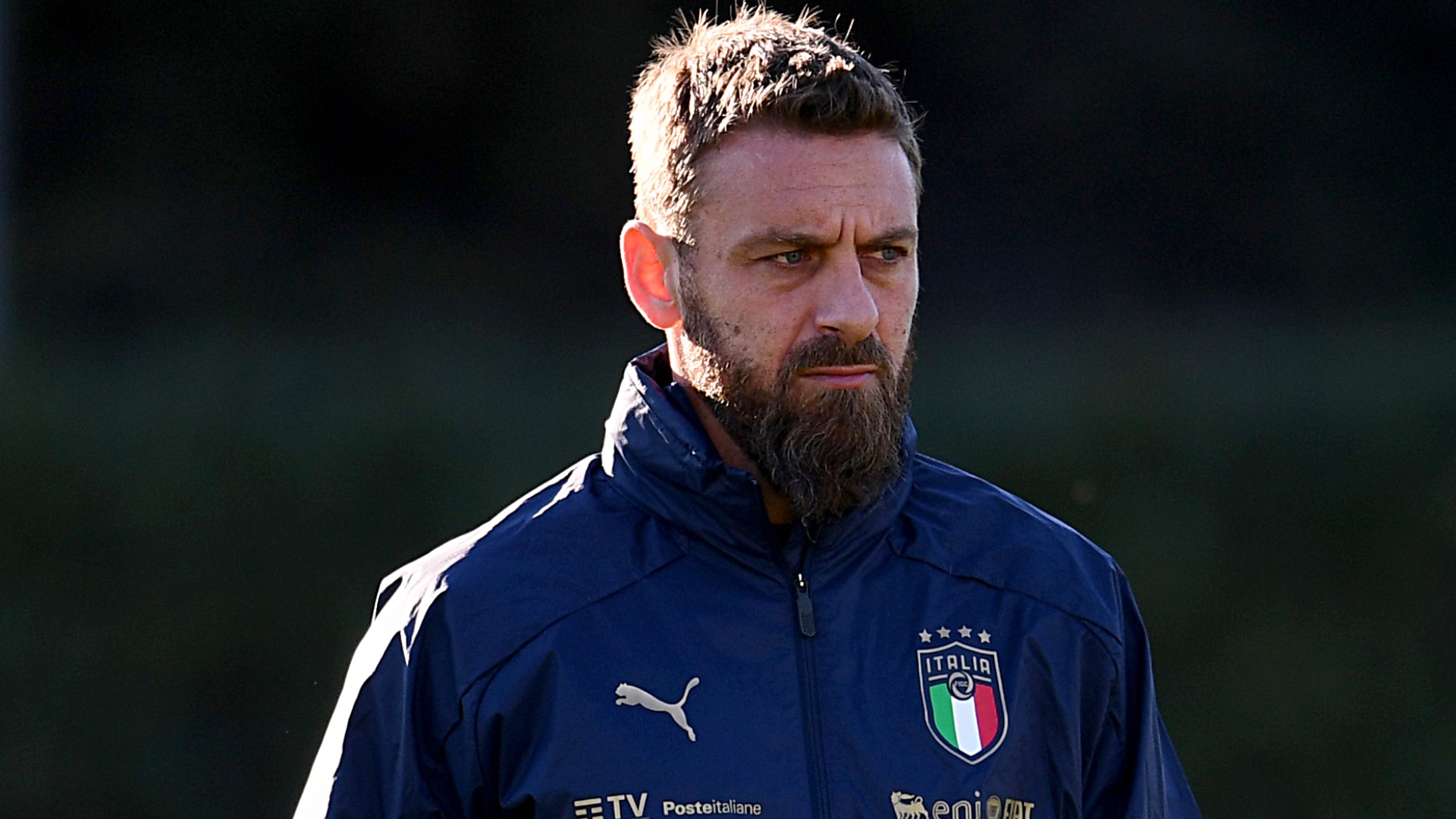 Italy assistant coach Daniele De Rossi has been hospitalised due to pneumonia symptoms after contracting Covid-19.

At least eight players and four members of the background staff have been diagnosed with coronavirus since returning from the latest round of international matches.

De Rossi, who was appointed assistant to coach Roberto Mancini last month, has been in hospital since Thursday.

Why was De Rossi hospitalised?

The former Roma star tested positive for Covid-19 on March 31, the night of Italy's match against Lithuania, along with three other members of the group.

He had a CT scan on Thursday and doctors advised him to be hospitalised as a precautionary measure. The 37-year-old's condition has been reported as "fair" and is under control.

De Rossi is being treated at the Lazzaro Spallanzani National Institute for Infectious Diseases in Rome, which is at the forefront of the fight against the pandemic in Italy.

Who else has tested positive?

Atalanta star Matteo Pessina was confirmed to have tested positive for Covid-19 on Wednesday.

He is the eighth player found to have caught the virus in the wake of the Azzurri's World Cup qualifying wins against Northern Ireland, Bulgaria and Lithuania.

Italy won 2-0 against each of Northern Ireland, Bulgaria and Lithuania to move up to first place in World Cup qualifying Group C.

Mancini's team do not have any more fixtures scheduled until Euro 2020 starts in June.

They face Turkey, Switzerland and Wales in Group A of the summer competition.