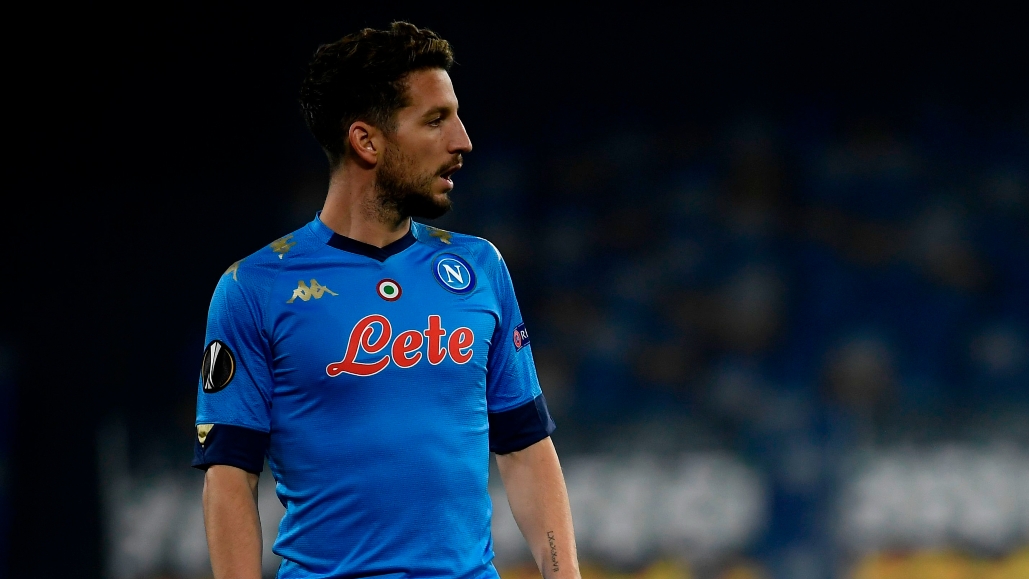 Dries Mertens said it was "tough to pull that shirt on" after Napoli wore the famous number 10 shirt in honour of Diego Maradona prior to their Europa League win over Rijeka.

Argentina and Napoli great Maradona – arguably football's greatest ever player – died of natural causes at the age of 60 on Wednesday.

Napoli's first match since the passing of their most iconic star this week was played out to the noise of songs and fireworks despite the empty stands at the Stadio San Paolo, where Maradona guided the Italian team to unprecedented Scudetto success in 1987 and 1990.

Captain Lorenzo Insigne laid a wreath before kick-off on Thursday, while the Napoli team lined up in 'Maradona 10' shirts – a jersey that was retired long before Maradona's death. The World Cup winner's name was displayed around the border of the pitch in Naples.

Reflecting on the emotional night, which saw Napoli defeat Croatian visitors Rijeka 2-0, Mertens told Sky Sport Italia: "It was an awful moment for me, so I can only imagine how those who lived through his time at Napoli must have felt.

"He made such a big impact on this city and for everyone in the south of Italy. I want to be positive, and focus on my memories of a smiling man who loved football.

"It was tough to pull that shirt on. In some ways, it was always a dream, but not like this."

Mertens is Napoli's all-time leading goalscorer with 128 across all competitions since joining the club in 2013.

The Belgium international moved clear of Marek Hamsik (121) atop the list in June, having surpassed Maradona (115) to move into second spot last year.

Mertens used social media to apologise to Gimnasia y Esgrima La Plata head coach Maradona on Wednesday, writing via Instagram: "You were the first thing that came to my mind when I signed for Naples. Wearing the blue shirt will mean even more from now on.

"Napoli lost part of its soul today. You were, and will always be, an inspiration to all of us. If my name has ever been placed next to yours, I apologise, I will never be at your level. What you did for "our" city will go down in history forever. It was an honour to have met you. Forever my idol."

Asked about his apology, Mertens said: "I apologised to him, because my name was used in the same sentence as his and that's not right. He was and always will be unique."