'It was like we were sleeping together!' - Berbatov reveals favourite strike partner 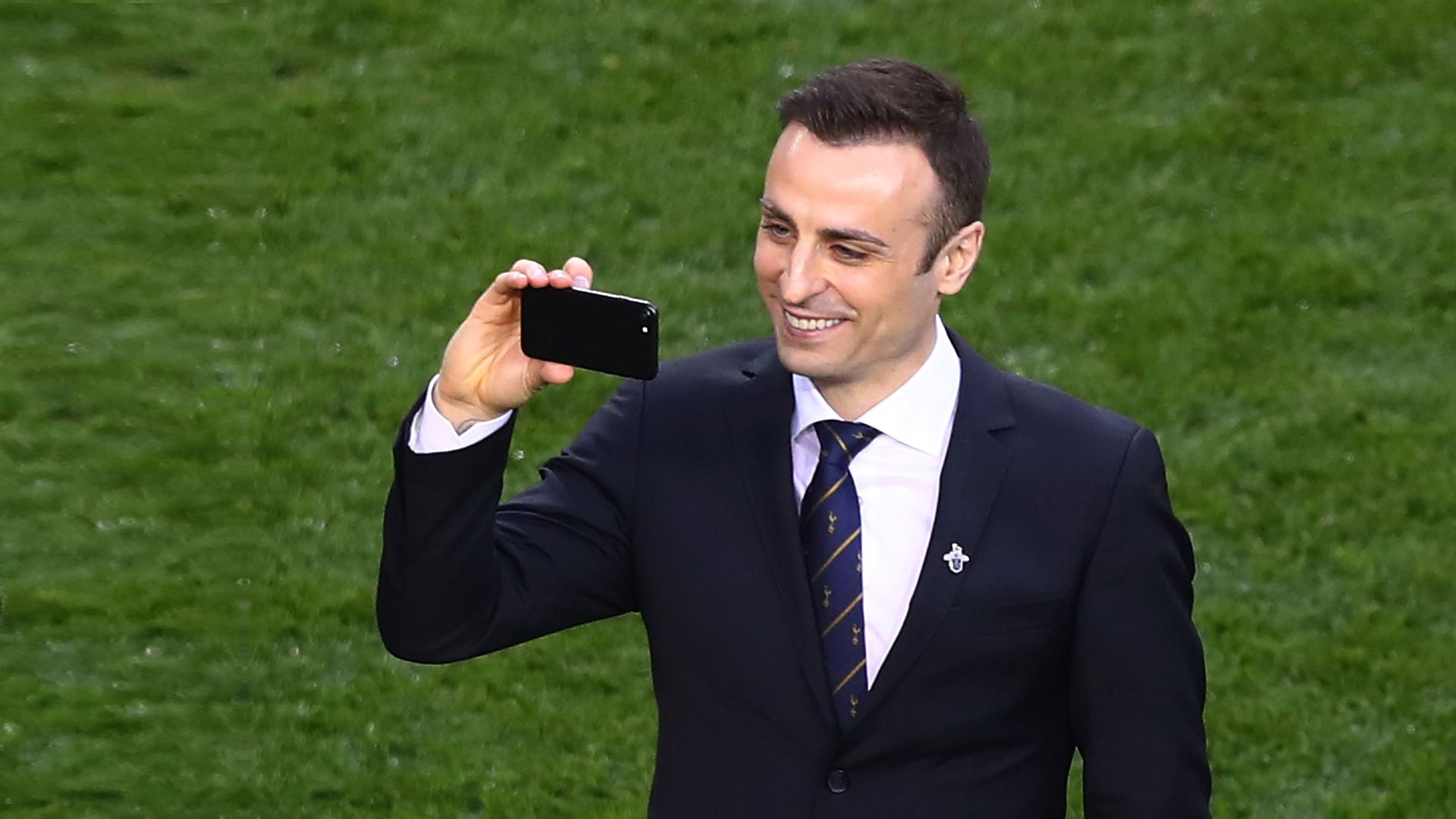 The former Manchester United striker reveals a surprising name as his greatest strike partner, an unheralded name who he barely spoke to off the pitch

Dimitar Berbatov may have lined up alongside Wayne Rooney and Carlos Tevez at Manchester United - and Robbie Keane at Tottenham - but none of those Premier League legends make the cut as his favourite strike partner.

The Bulgarian hitman came to the English game after a successful five-year spell at Bundesliga giants Bayer Leverkusen, where he notably reached the 2002 Champions League final only to be defeated by a Zinedine Zidane-inspired Real Madrid side.

The following season he was joined by his perfect strike partner as França was signed from Brazilian side Sao Paulo to replace club icon Ulf Kirsten. In his second season at the club, Franca scored 14 and got a league-best 13 assists, a season which saw Berbatov net 16 league goals overall.

Although Berbatov achieved more success at Manchester United with Rooney and Tevez, his perfect partner was a player who only had a fleeting career in European football.

"The likes of Rooney and Keane, we complemented each other, and that's even if you don't speak a lot outside the pitch," Betfair Ambassador Berbatov told Goal. "You respect each other for what you do on the pitch.

"You see what each other can do and how you help each other get better. In turn, you help the team. Everyone wins. At Leverkusen, I had a great partnership with a guy called França. We scored so many goals. We destroyed Bayern Munich 4-1 one season.

"We both got two goals each. He didn't speak English or German so outside the pitch we didn't say a word. Literally nothing. Honestly, nothing. I saw how he trained and played on the pitch and the other way around.

"When we stepped on the pitch, man, it was like we were sleeping together! I was enjoying playing with that guy. Unbelievable. Not selfish. I was in a better position and he would give me the ball. When I gave him the ball, he scored.

"It was like Andy Cole and Dwight Yorke. It was unbelievable how we played together. Playing with him helped me develop. I appreciate that when I play with players better or on my level. You can always learn something."

The 2001-02 season predated França's time at the club but was the peak of Leverkusen's achievements in Berbatov's time. The club ended up completing a treble of runners-up finishes in the Bundesliga, DFB-Pokal and the Champions League.

In the 45th minute of the Champions League final in Glasgow's Hampden Park, Zidane wrote history with a stunning volley that remains one of the competition's all-time greatest goals. Berbatov had just come on for the injured Thomas Brdaric six minutes earlier and recalled the pain of watching the ball fly into the net.

"I didn't expect we would get to the final. In fact, I didn't even know or appreciate what it was," Berbatov added. "I was just a young boy sitting on the bench. If you don't realise the importance of a moment, then you can stop thinking what if I make a mistake?

"You want to play and enjoy. In that way, I didn't think at all. The one thing that scared me wasn't that it was the final of the Champions League, it was facing Raul, Zidane, Luis Figo and Roberto Carlos. You sit there as a fanboy.

"This was the first time it happened to me. I came into the game in the 39th minute; you show respect for the players and you are scared to touch them, let alone tackle them. You see him going past you with the ball; you are saying Berba, f*cking tackle him. Just tackle him.

"But you cannot allow yourself to do it because you respect them. I am f*cking facing Zidane. I can't believe it. We changed nothing for the final, played our way. We were this close to doing something.

"Zidane's goal was one of the most beautiful ones, the first one from Raul was the ugliest ever. The second was the most beautiful. I was standing directly in the line of Zidane's volley on the halfway line. I was watching and following the attack, Roberto Carlos' cross and Zidane karate kick.

"You are thinking, no, no. You can't save that. You expect it to be a goal. I was thinking please no. Someone do something to stop him. You want to see goals like this. Zidane scores goals on stages like this. That's why he is Zidane."

Berbatov has recently completed his UEFA A Licence and he hopes to get into coaching. He looks back proudly on his career with two Premier League titles, two League Cups and the FIFA Club World Cup all to his name.

It is the striker's casual playing style that most defines that legacy. Berbatov may have been pictured with cigars and cigarettes during his playing career but he says that his refusal to smoke represents the mentality that allowed him to succeed.

"You can't tell me how to behave. I chose the way I wanted to be. I never smoked or drank like crazy. My father used to be a footballer and from time to time, he told me stories of good players who made nothing of themselves because of bad choices. It stuck in my head.

"You don't want to be like that. You will make some bad ones but at least try to learn from mistakes. From CSKA Sofia came interest from Leverkusen. I was playing well and in the national team, I was starting to play. I was not at Mbappe or Rashford's level, but I was in the national team.

"I left on my own, just me with my suitcase. I was protected all the time with my national team. When you are on your own, you have a language barrier; German is f*cking difficult. New language, new surroundings, different people and everything was new.

"I learned it in the end, not perfect but I can speak it if I need to. Everything was scary and strange but necessary if I wanted to develop. This is the place where I grew as a man and a footballer."