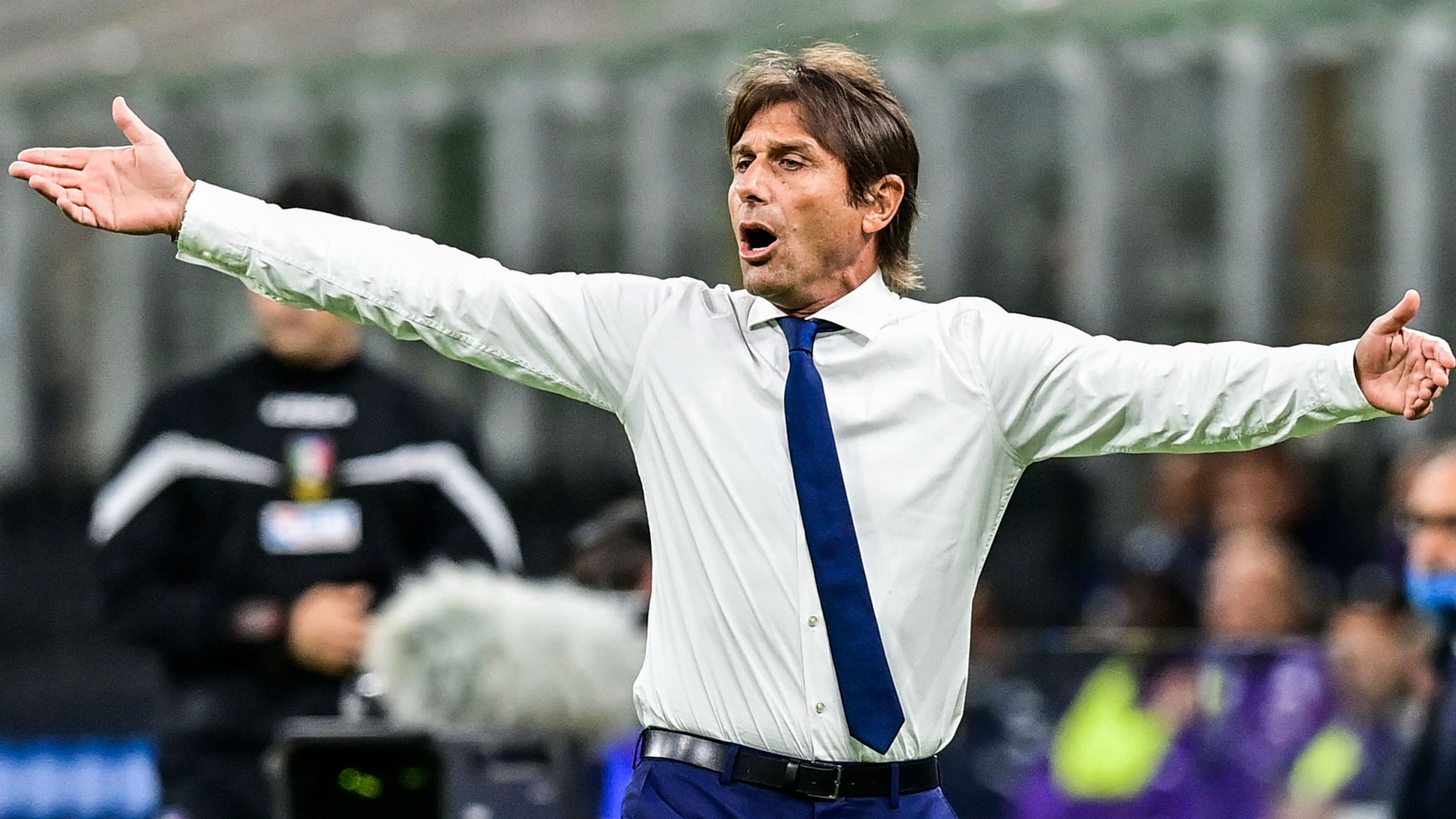 The Nerazzurri will meet the reigning Spanish champions during their Group B campaign, which kicks off on Wednesday against Gladbach

Inter coach Antonio Conte is in no doubt that Real Madrid will be competing for Champions League honours, brushing off suggestions that the Merengue are not among the tournament's favourites.

Conte's side finished behind Barcelona and Borussia Dortmund in last season's group stage but managed to reach the Europa League final, where they were defeated by Sevilla.

The Nerazzurri secured a return to the Champions League by finishing second to Juventus in Serie A last term and begin their new European campaign at home to Borussia Monchengladbach on Wednesday.

Inter have also been drawn against Real Madrid and Shakhtar Donetsk in Group B and Conte could not help but smile when informed of a view from Spain that put his team as favourites ahead of La Liga's champions.

"I don't know if that's the case. We are talking about the team that won La Liga last season and that have great champions," he said.

"It makes me smile to hear that they are not the favourites. If we question Real Madrid because they didn't make moves in the transfer market and we don't consider them favourites, it means that football is changing and maybe I have lost sight of reality."

Inter have won just two of their past 10 games in Europe's premier club competition, but Conte believes the experience of 2019-20 will hold them in good stead this time around.

Take a seat and get ready for a new Nerazzurri adventure. Inter #UCLegacy is coming pic.twitter.com/4FDNULh0hV

"Now we are more experienced for sure, after what we did last term and the Europa League final. This increased the experience level of the whole squad," said Conte.

"Now we can also count on [Arturo] Vidal who has plenty of experience. From this point of view we are a more prepared team.

"We must be the masters of our own destiny. We want to be positive, but at this moment it is difficult to say where we can go.

"Our aim is to be contenders. We aim to play the kind of football that made us runners-up in the league and Europa League finalists last season. Sometimes we do that perfectly, sometimes we have to improve."

Alessandro Bastoni will only be fit enough for the bench against Gladbach after recovering from coronavirus, though Alexis Sanchez is ready to start after coming off the bench in the derby defeat to Milan on Saturday.