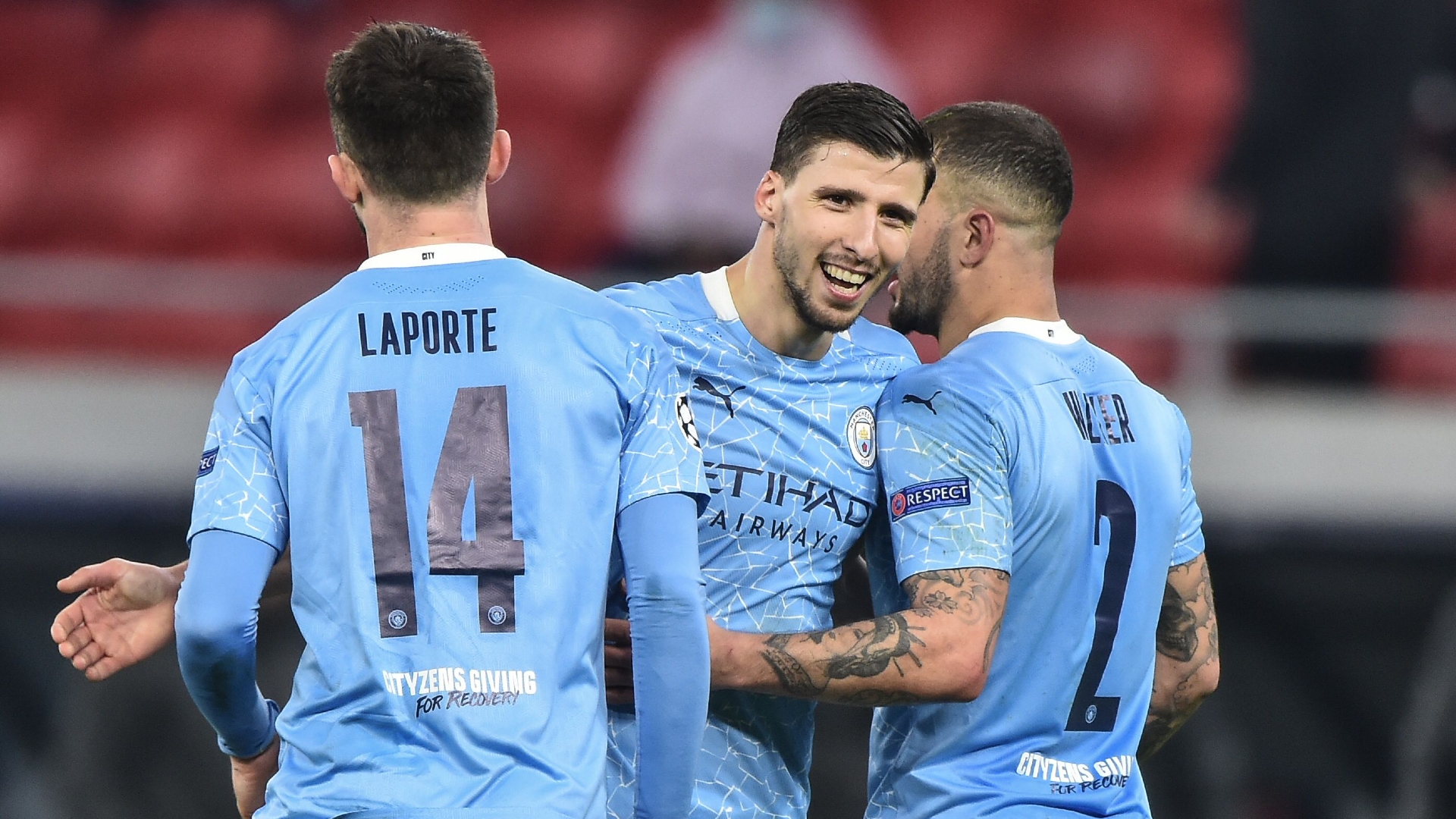 After making a big impact following his move from Benfica, the Portuguese defender is expected to be on the shortlist for this season's awards

Manchester City defender Ruben Dias says he is flattered to be considered among the favourites for the Player of the Year awards but insists his focus is on winning trophies.

The Portugal international completed a £62 million ($79m) move from Benfica in September 2020 and has made an instant impact with City’s defence the meanest in the Premier League.

Dias is yet to win a trophy with the club but has the chance to claim his first medal on Sunday when City face Tottenham in the final of the Carabao Cup.

“To be spoken of in those terms is a tremendous privilege for me,” Dias said of being among the favourites for the Player of the Year awards. “It is something that makes me feel good, makes me feel that my work is being well done.

“But essentially, what it tells me, is that the team is having success. For me, to be on that shortlist, especially as a defender, it can only mean the team won and had success. That, for me, is the biggest thing.

Why is Dias among the favourites?

The 23-year-old instantly brought leadership and organisation to the defence which had been missing since former captain Vincent Kompany left the club in 2019.

He has struck up a strong understanding with John Stones at the heart of the back four but Dias puts the club's success down to a togetherness within the squad.

“People can talk about me and John, but as well talk about every other relationship we have on the field between two, three, all of the 11 players playing on the field," he added.

Who are his rivals for the award?

Dias will face plenty of competition for personal honours from inside the City dressing room after an impressive season that has seen the club move 11 points clear at the top of the Premier League and into the semi-finals of the Champions League.

Ilkay Gundogan has had a standout season with 16 goals in all competitions while Kevin De Bruyne and Joao Cancelo have both made a huge contribution to City’s success.

Harry Kane would appear to be his biggest rival, topping both the Premier League goalscoring and assists tables, closely followed by Bruno Fernandes of Manchester United.

How often do defenders win awards?

When Liverpool star Virgil van Dijk won the PFA Player of the Year award in 2019, it was only the second time a defender had won the honour in 36 years - Chelsea’s John Terry being the other.

The last defender to win the Football Writers’ Award was ex-Liverpool full-back Steve Nicol in 1989.

Club legend Kompany, meanwhile, is the only City player to win the Premier League Player of the Year when he collected it in 2012.