The Gunners endured a painful end to the 2021-22 season, but they are now using that heartache to their advantage

As table-topping Arsenal look down at the rest of the Premier League, the thought of what happened at the end of last season is still at the forefront of everyone’s minds inside the Gunners’ changing room. No-one has forgotten those brutal final days of the 2021-22 campaign, when defeats to Tottenham and Newcastle saw their dream of Champions League qualification snatched away.

In fact, that heartache has been the driving force behind Arsenal’s stunning start to the new season - which has taken them to the summit of English football following seven wins from their opening eight games.

The latest of those victories came on Saturday, as north London rivals Spurs were brushed aside at a cauldron-like Emirates Stadium.

It was a special afternoon for the Arsenal fans, one that will have gone some way to eradicating some of the painful scars that still exist from how last season panned out.

And those supporters will now want to put those memories aside once and for all, to focus instead on the exciting performances they are seeing now from Mikel Arteta’s vibrant young side.

But for the players it’s the exact opposite. Rather than moving on from last season’s heartache, they are instead using it to fuel this season’s early charge. 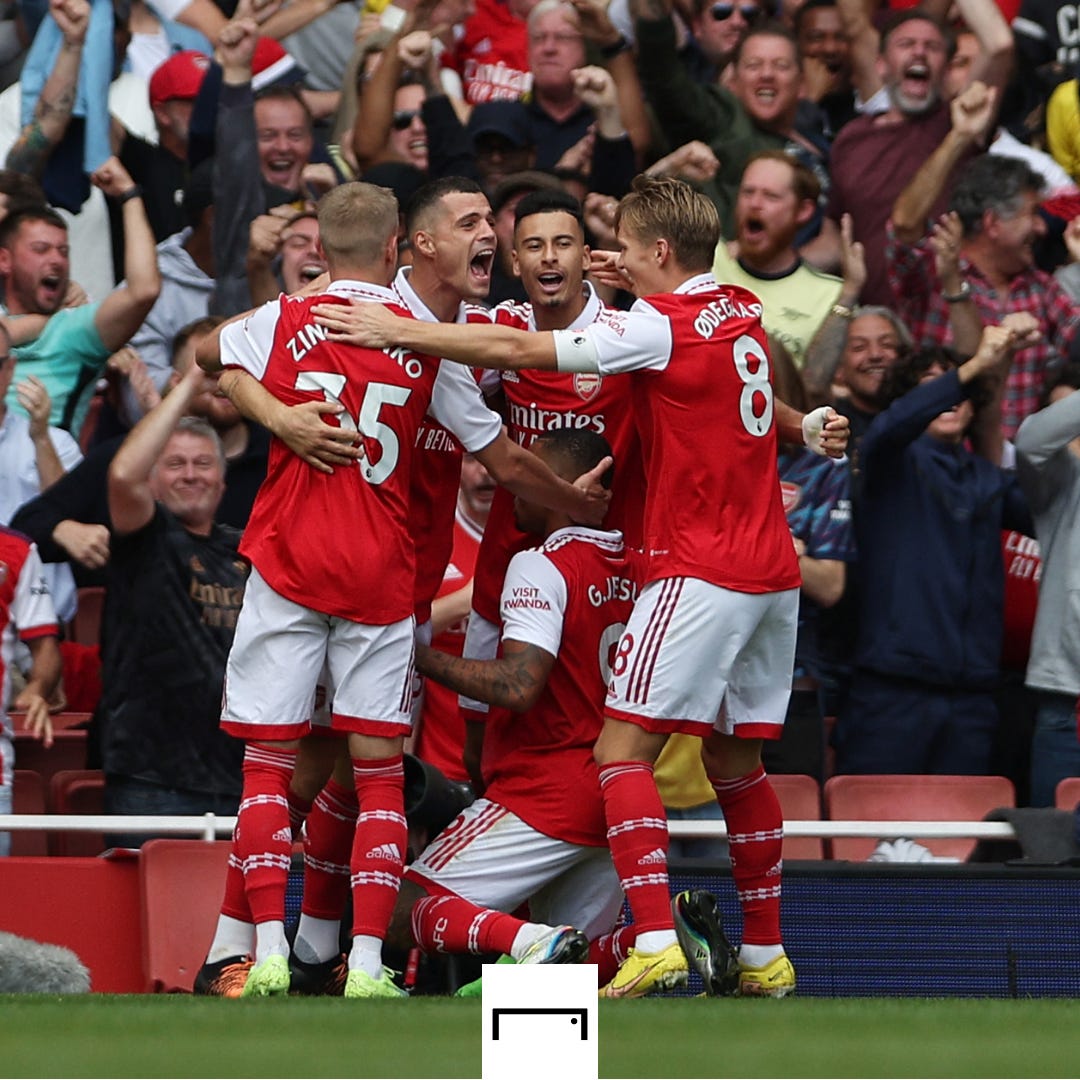 “The experiences at the end last season are adding to our team spirit and mentality,” goalkeeper Aaron Ramsdale explained, soon after the final whistle on Saturday.

“It’s not just the lads who have come in who have brought this winning mentality. We all have the fire burning inside [us] because of what happened at the end of last season.”

Ramsdale added: “The day I returned to pre-season, I came back and the standard of training had increased. People are demanding more of each other, training is a lot more competitive and there is definitely a mood swing when you lose.

“There were always certain people who were upset when losing in training, but now it is a collective. The team spirit is really, really strong.”

Arteta has worked hard since the summer to instil a new found belief in his Arsenal side. The Spaniard does not want his players to forget about how they felt after those costly defeats at the end of last season. He wants them to remember that feeling so they will do everything to ensure they never have to go through it again.

And there is no doubt that Arsenal look a totally different proposition to the one that stumbled at the final hurdle a few months ago. There is still a long way to go, but they look far better equipped to stay the pace this time around. 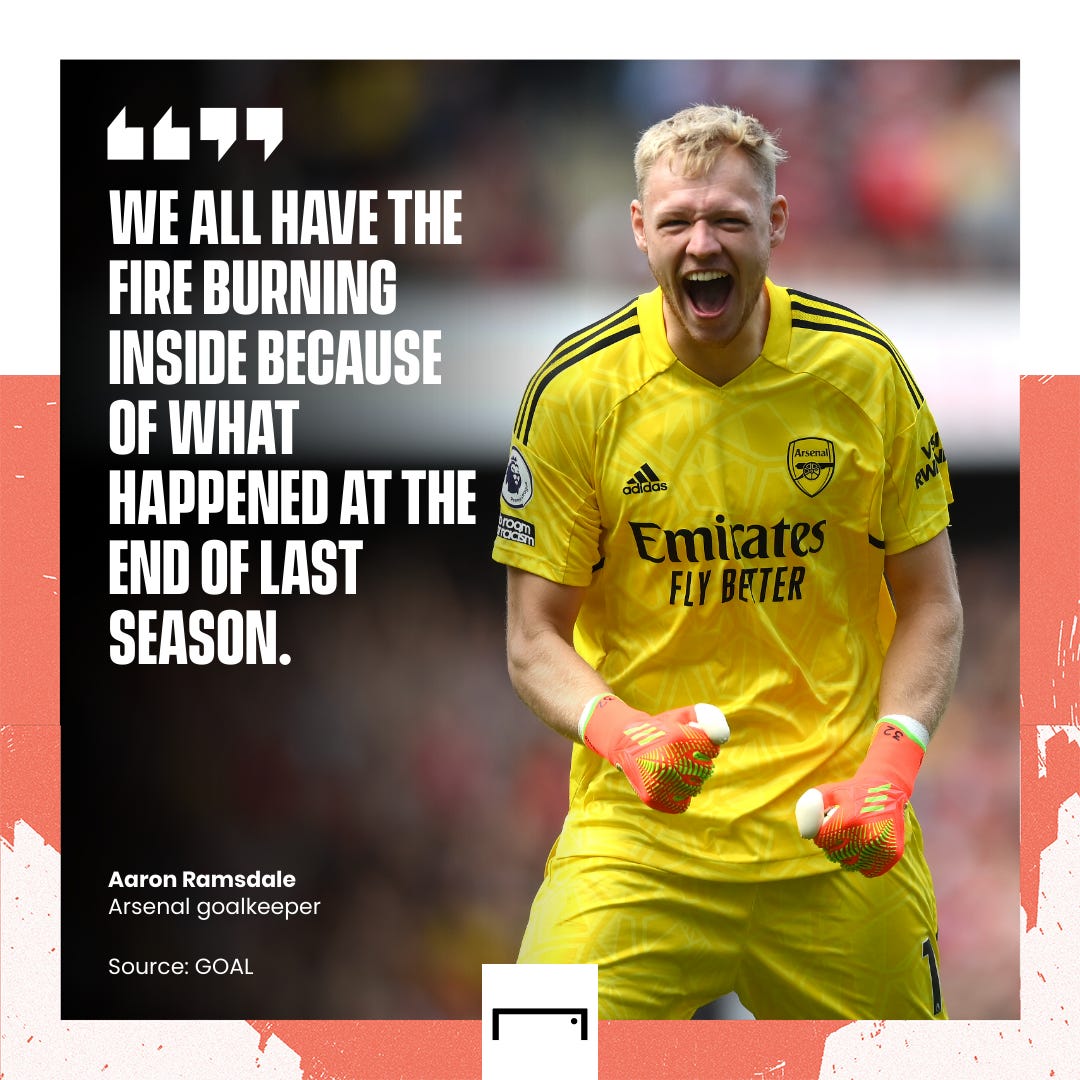 You can feel the belief when you watch Arsenal now - not just on the pitch, but in the stands as well. For the first time in a long time, a togetherness exists at the club. The relationship with the fans that had felt broken for several years has been restored.

“I think this is the biggest success that this group of players are having,” Arteta admitted after the Tottenham win. “When you connect the way we have done with our fans it becomes something really powerful.”

The support the fanbase is now giving the team was evident as soon as Harry Kane drew Spurs level on Saturday from the penalty spot. There were no groans, no jeers. Instead a loud roar swept around the Emirates as the players waited to restart the game.

That has happened time and time again this season. Whenever Arsenal have needed the fans, they have responded - and that has not gone unnoticed in the changing room.

“Anytime something has happened this season – like Fulham, Leicester, when we concede a goal – it is like we have scored with the noise the fans are making, it gives us a boost,” Ramsdale admitted.

“It is a never-say-die attitude, the way I would word it is an “Eff it mentality”, 'who cares we have conceded? We have got 10 minutes, 70 minutes, we will play our way. We never run out of time.'

“That is the big thing for us and the manager, we don't stop working.” 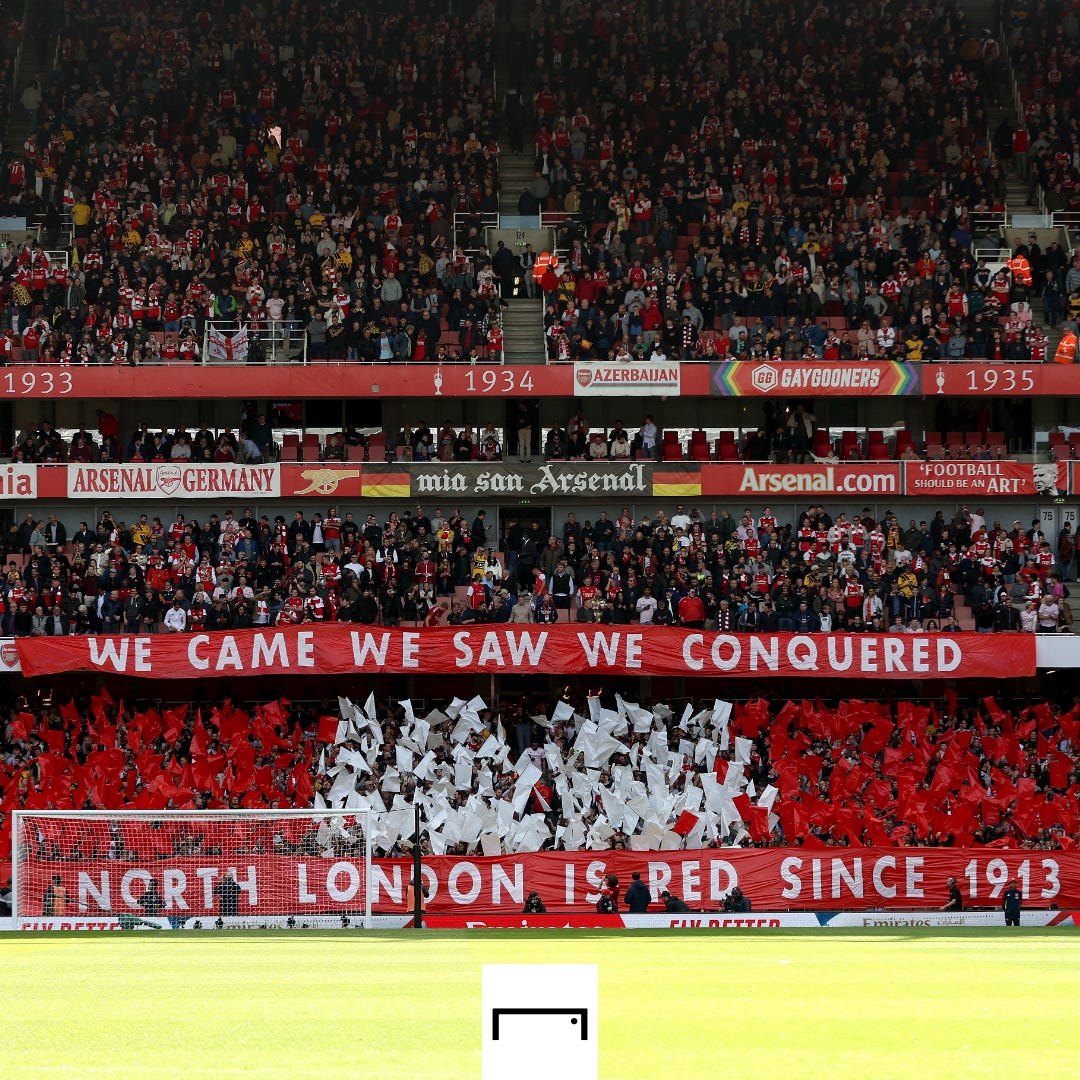 After losing to Manchester United earlier in the season, all eyes were on Arsenal when they took on Spurs at the weekend. Another defeat against a top-six rival would have added to the narrative that they will still continue to come unstuck against the league’s top sides.

So the victory - and the manner of it - was a major statement. Arsenal are top of the table and they deserve to be there.

“Seeing the club in this position is great,” Arteta said. “It gives you a great feeling obviously, but we have done nothing yet. There’s still a lot of things to improve. That’s the direction we’re taking.”

Arsenal are well aware that there is a long way to go this season and no-one is getting carried away by the start they have made.

Indeed, Ramsdale insists that he and his team-mates have not even discussed the fact that they are top of the table.

“No,” he said. “You lot [the press] are thinking about that, we are just going into every game with a big smile on our face trying to win. We’re just loving the journey at the minute and long may that continue.”

Next up for Arsenal in the Premier League is the visit of Liverpool on Sunday - a team they have lost their last four league games against. Win that one and the belief that surrounds the club will suddenly go up another level.

Who knows, even the players might allow themselves to start talking about the start they have made.

The start of something special

Can Arsenal challenge for the Premier League title this season? 🏆