Iniesta: Winning goal in 2010 World Cup final helped save me from depression 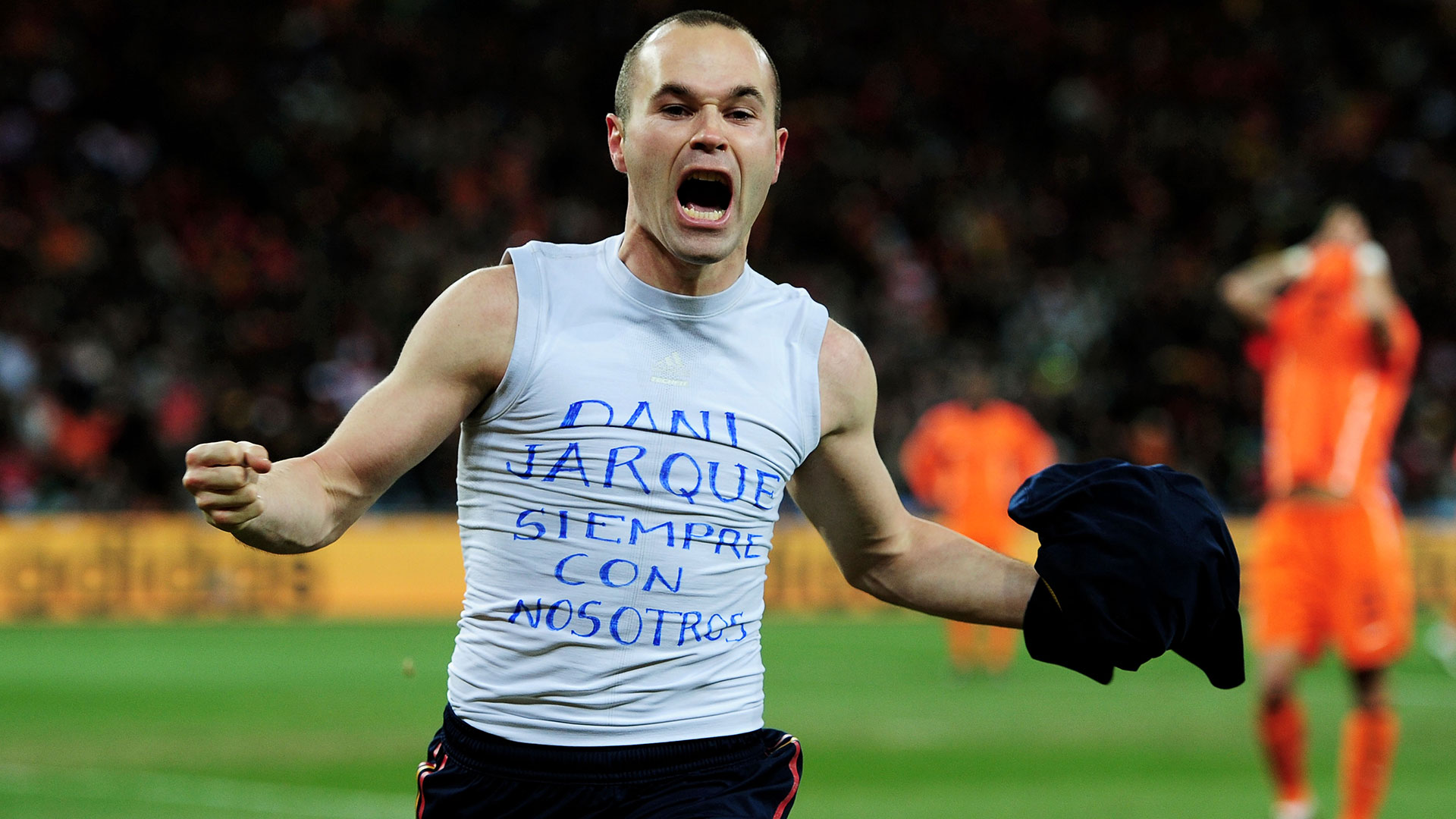 Andres Iniesta says scoring the winning goal in the 2010 World Cup final helped him recover from depression and move on from the hardest time in his life.

Iniesta had suffered terribly following the death of his close friend Dani Jarque in 2009. The former Espanyol midfielder died at the age of just 26 following a heart attack.

When the Barcelona icon, now playing in Japan with Vissel Kobe, scored the decisive goal in South Africa, he revealed an undershirt reading “Dani Jarque: siempre con nosotros”, meaning ‘always with us’.

"Unfortunately, I had to experience several misfortunes in a row, even though I was really successful at the time,” Iniesta told Bild am Sonntag. “But then my friend Dani Jarque died in August 2009, which really put me in such a fragile situation that I needed professional help.

"It was certainly the hardest phase of my life. It was very good for me to have the support of Anna, my then girlfriend and current wife, and of course that of my parents.”

Iniesta said his goal against the Netherlands was “the beginning of the improvement.”

"Fortunately, this phase is a thing of the past,” he added. “A phase that made me stronger and better.”

Iniesta has been incredibly honest about his struggles with depression in the past, as well as the early difficulties he faced in adapting to life at Barcelona.

As one of the most successful players in Barca’s history – and arguably Spain’s greatest ever – his story is a reminder that mental health issues can affect anybody.

"You feel that it's not you, that you don't enjoy things, that the people around you are just people," he once explained to Antena 3 TV.

"You have no feelings or passion. You end up feeling empty inside and there is a moment that you realise that you cannot take it anymore.

"I had the ability to see that I needed to see someone to get out of that situation. The important thing is that in that period I never lost the spark."

As well as the World Cup and two European Championships with Spain, Iniesta won nine La Liga titles and four Champions Leagues at Barca. He has also lifted the Emperor’s Cup and Japanese Super Cup since his emotional exit from Camp Nou in 2018.