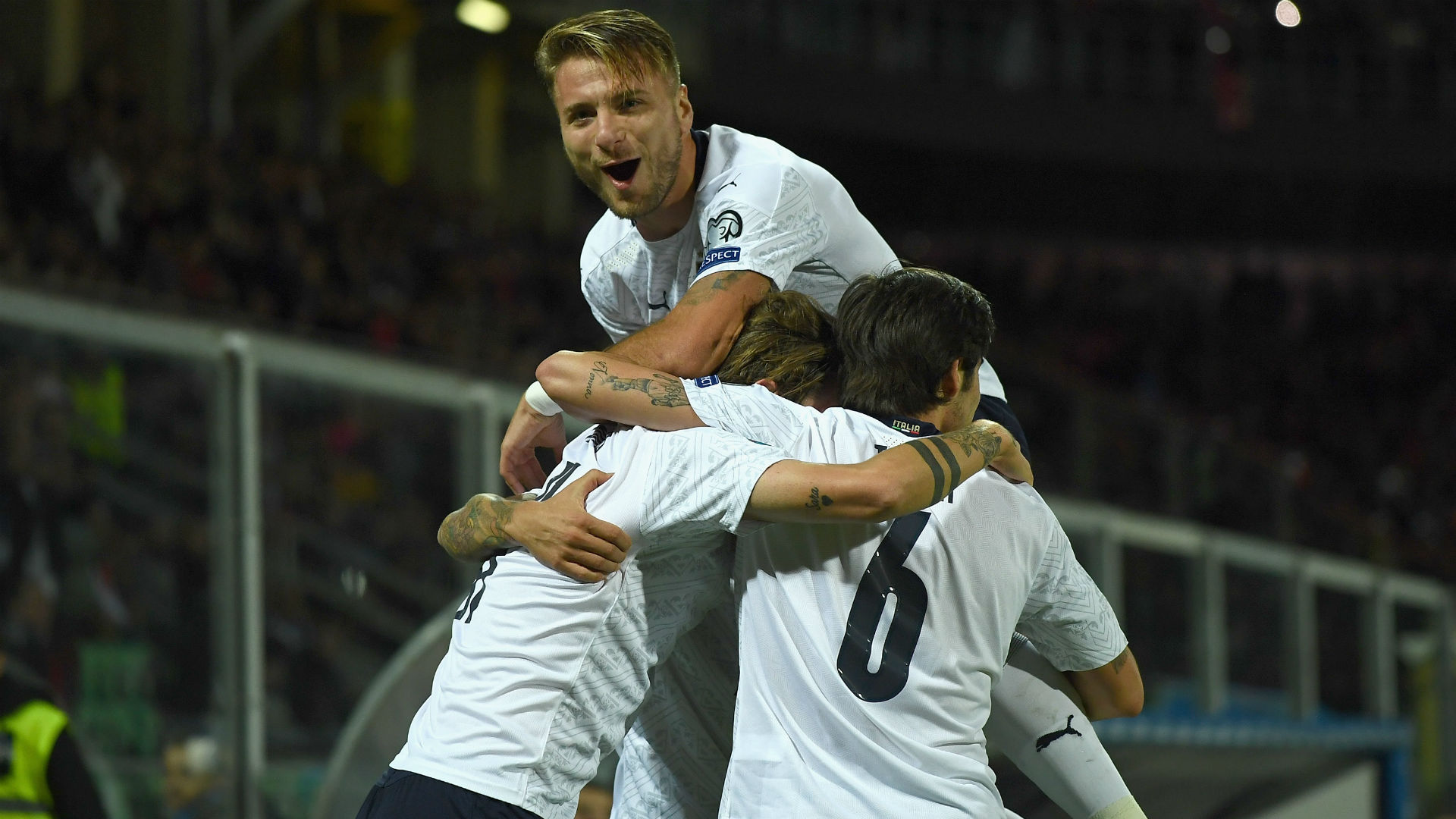 Ciro Immobile believes Italy have “everything it takes” to do well at Euro 2020 after completing a flawless qualifying campaign with a 9-0 thrashing of Armenia.

Immobile was among the scorers on a record-breaking night in Palermo, with seven different players scoring in one game for the Azzurri for the first time.

It is also the first time Italy have won all of their games in a World Cup of European Championship campaign and their biggest victory since 1948.

After failing to even qualify the 2018 World Cup, Roberto Mancini’s side have responded in perfect fashion and perhaps played themselves into contention for next summer’s tournament.

That is certainly the feeling of Lazio forward Immobile, who is confident his team can make waves at Euro 2020.

“I am very happy, we’ve had a wonderful journey and the fans gave us a fantastic extra push. I hope they can do the same at the Euros,” he told Rai Sport.

“We’re curious to see who we get in the draw and will all be in front of the TV. We’re a great group, we’ve got the belief, the quality and everything it takes to do well.

“We’ve proved we can do good things over the last two months and I hope that we can win something next summer. This team deserves it and I thank the coach for giving me the opportunity to play with them.”

Federico Chiesa, who scored his first international goal in the rout, praised Mancini for the positive impact he has had on the side since taking charge 18 months ago.

“We enjoy it on the pitch during a match, we enjoy ourselves in training, and it’s a pleasure to be here. Coach Roberto Mancini drilled that enthusiasm into us from the first day, he told us we are a strong national team and we’re proving it on the field," he told Rai Sport.

“The coach asked me to play like this, to move constantly, be positive, attack the space and be open to receive passes. I just do what the coach asks.

“I quite rightly feel good, especially after my first goal! I still have a lot to do in order to earn my place at the European Championships.”

Mancini was effusive in his praise of his players and is optimistic for the future, though he was keen to stress that their perfect qualifying campaign will mean little if they fail to perform next summer.

“It was a lovely evening, the last game in qualifying and we did it well. You don’t score nine goals in an international match nowadays, we gave our all to achieve that,” the former Manchester City boss told Rai Sport. “The records only count when we have won silverware.

“These are all young lads who are improving game by game. Playing at international level brings experience, they’ve got the quality, it’s just a matter of time.

“We’ll see what happens at Euro 2020. We’d never won all 10 games in a qualifying group, we’ve got six months to prepare for the championship and unfortunately I will have to leave some behind, as I can only bring 23 players.

“If we can continue like this, that would be great!”