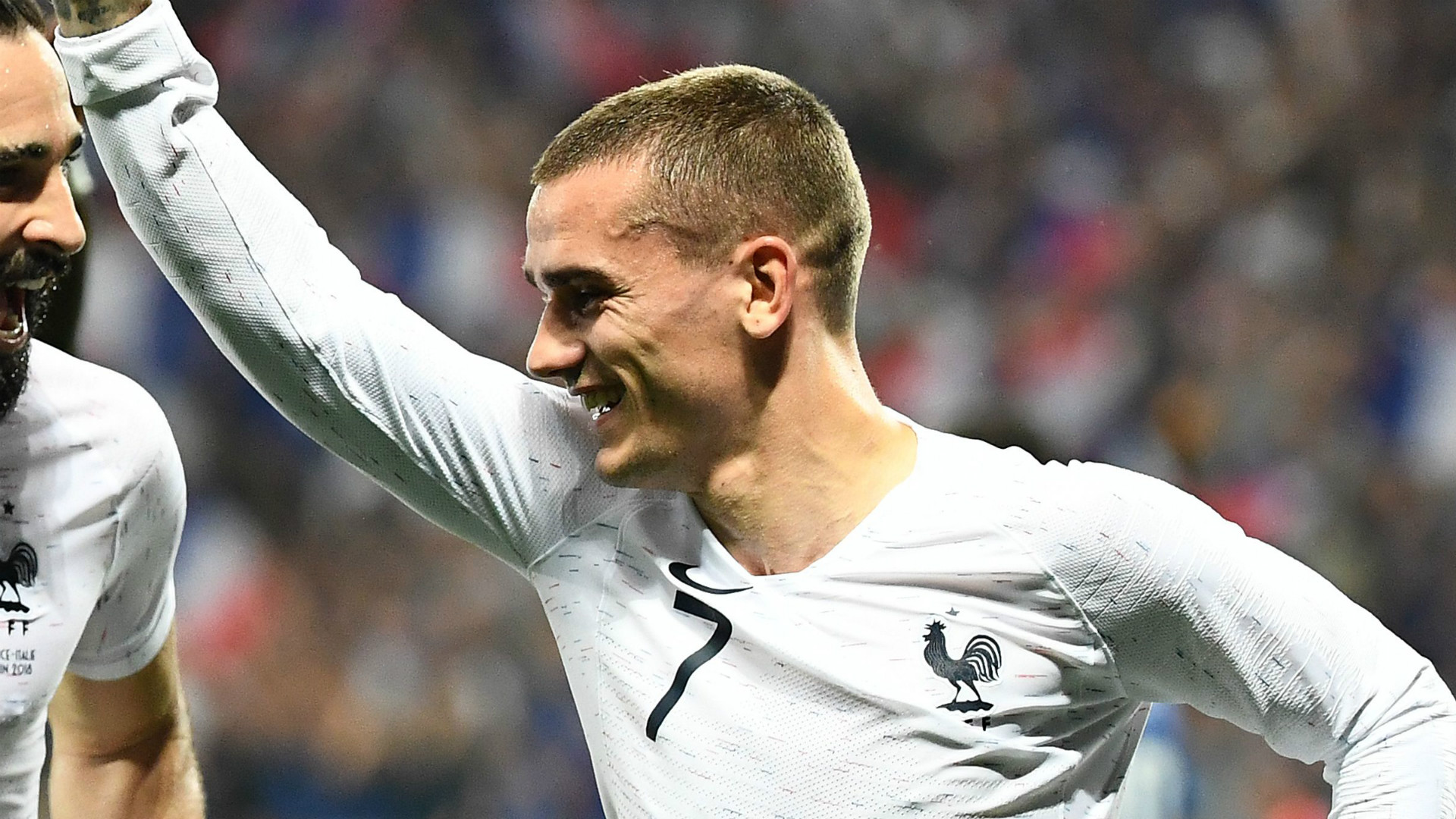 The Atleti forward will announce his intentions before the start of the summer's tournament, with a move to Camp Nou potentially on the cards

Antoine Griezmann has revealed he will make an announcement on his club future before the World Cup.

The France international has been heavily linked with a move to Barcelona, despite helping Atletico Madrid win the Europa League with two goals in the final against Marseille.

Griezmann scored from the penalty spot for Les Bleus in their friendly with Italy on Friday evening and was pressed on his future by reporters in the mixed zone.

He confirmed that his future will be resolved before the World Cup kicks off on June 15.

"Yes, it will be done before the competition," Griezmann responded when asked would an announcement be made in the next few weeks.

Griezmann has four years remaining on his Atletico contract but speculation suggesting a move to Barcelona has intensified in recent weeks.

The 27-year-old scored 29 goals in all competitions for Diego Simeone's side and has been mooted as a summer addition to the Liga champions as manager Ernesto Valverde builds for next season.

Atletico president Enrique Cerezo has denied that Griezmann is for sale, while club-mate Diego Costa also believes the forward will stay at the club, yet a switch to Camp Nou remains a real possibility.

"He is taking a little time to say what is next for him and I think there is perhaps some doubt on his part," Costa told a news conference.

"He knows that we love him very much and that he is the figurehead here, a very important player. If he stays with us, that would be brilliant.

"If he leaves, we also must be happy because he's given us a title this season but, in the end, I think he'll stay."

A decision will be made before France kick off their World Cup bid, however, with Les Bleus opening the tournament with a Group C meeting with Australia on June 16.