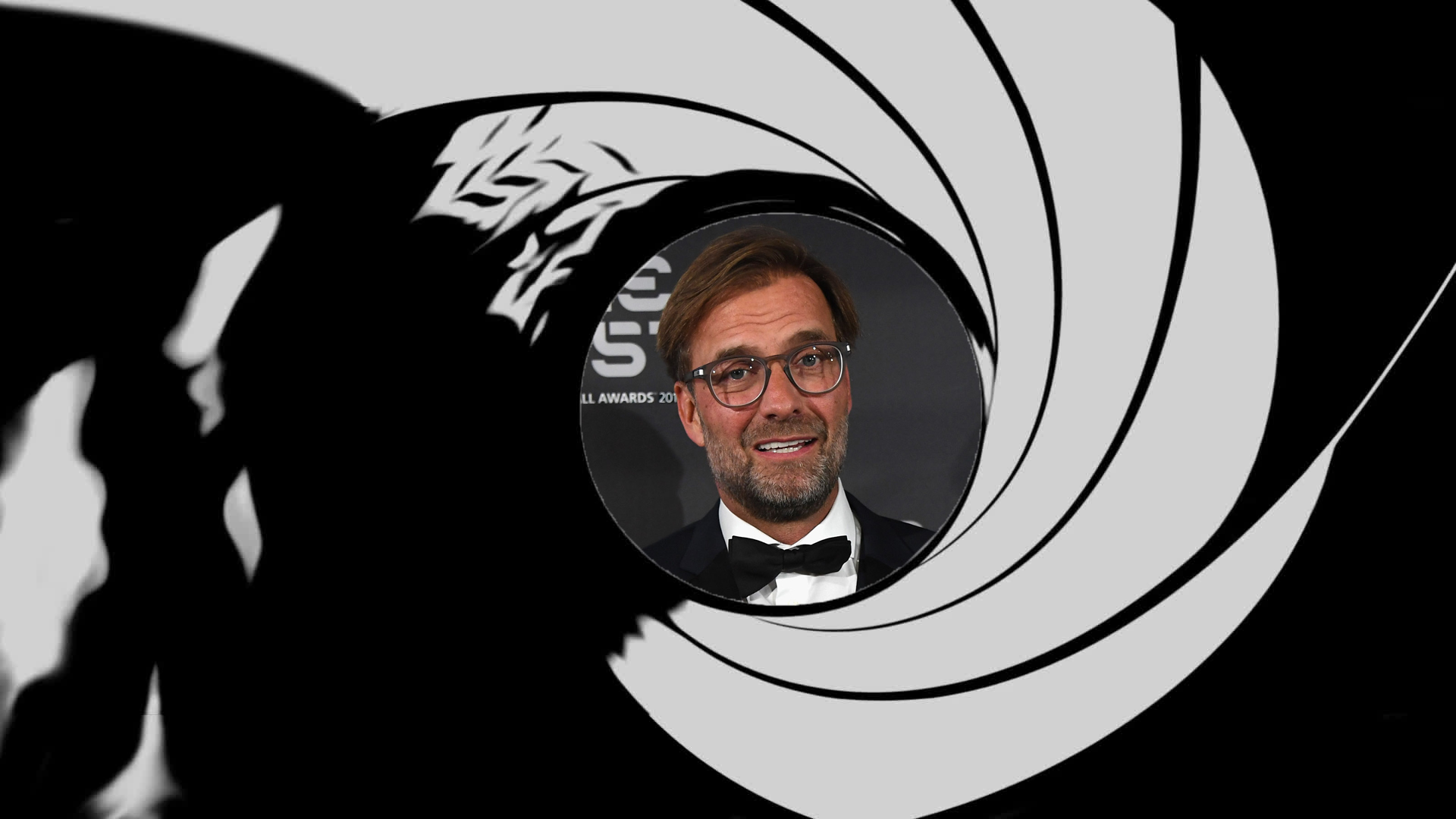 Jurgen Klopp says he would not make a good choice to play James Bond despite actor Daniel Craig's praise of the Liverpool coach.

Craig has starred as Bond for the fifth and final time in the new film No Time To Die and rumours are circulating over who will take on the role next.

Liverpool fan Craig said this week that Klopp would be capable of replacing him in the role, but the German laughed off the suggestion, saying he does not have the right look.

What has Klopp said?

Asked about Craig's comments at a press conference on Friday, Klopp said: "Thank you for having these nice words, but I would be a very bad James Bond! If I walked out of the water in swim shorts I think that would be the moment the whole world would switch off!

"No problem, we all have our jobs to do in life. He has to save the world and I have to help Liverpool from time to time.

"As a kid, I wanted to be James Bond, but that's long ago. Meanwhile, I'm happy watching him doing what he's doing. I was lucky enough to meet Daniel Craig on two occasions and I actually will miss him as James Bond.

"But let's see who will be the next one, I will watch those movies as well. For my whole life I've followed all of them. I think for me it started with Sean Connery and Roger Moore and all these guys. They all did a really good job and it's a great story, so I liked it always."

Why did Craig back Klopp to play Bond?

While promoting the new Bond film, Craig was asked by former Liverpool star Jamie Carragher if he thought Klopp would be a good candidate to play the spy.

"I mean I worship him, so yes," the actor said.

"I’ve been lucky enough to meet him a couple of times and you just want to follow him. There’s a couple of people I’ve met over the years like that. The other one is Alex Ferguson actually, but I shouldn’t really mention him!

"He’s a leader. So I think he’s kind of way beyond James Bond really."