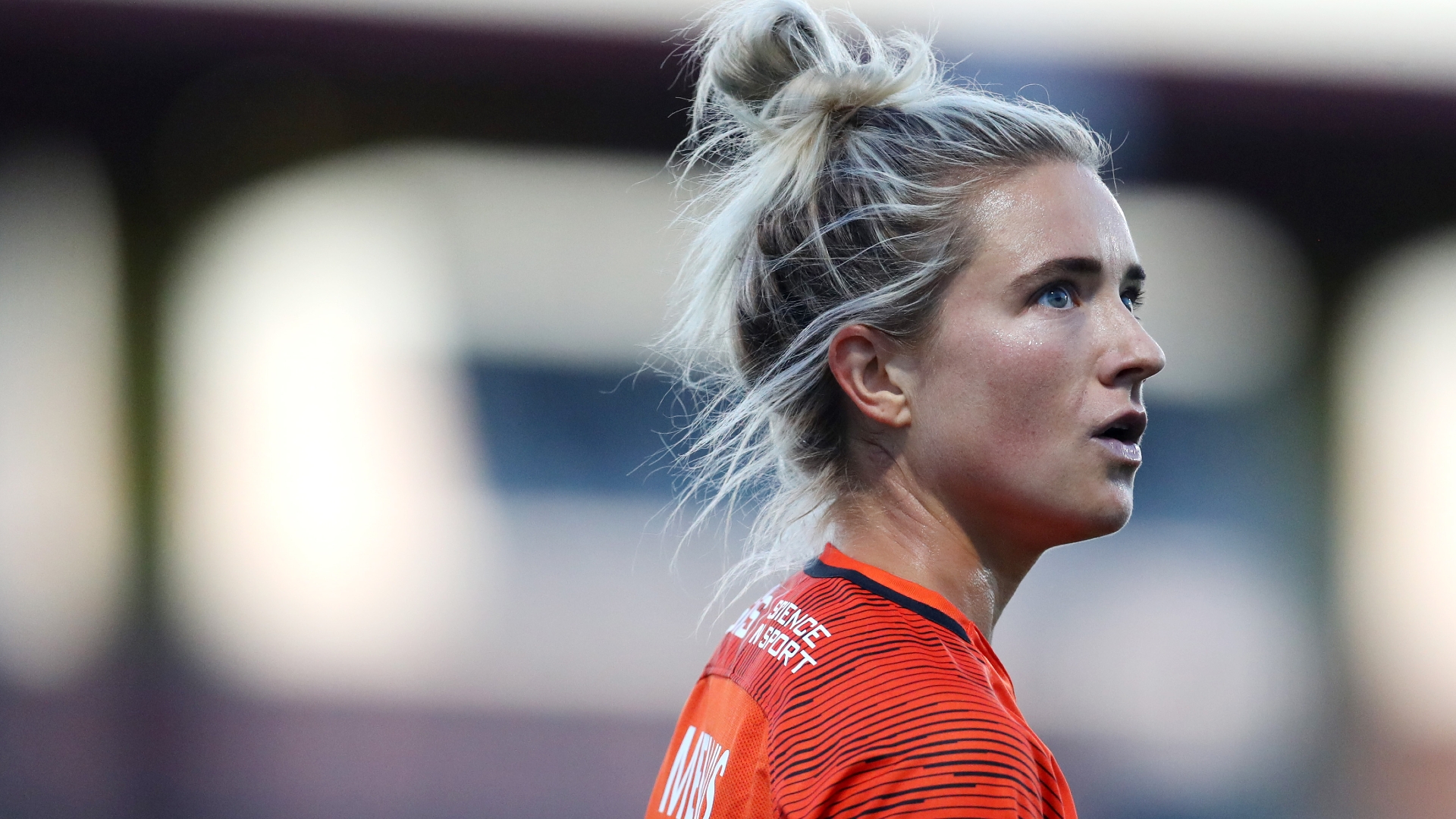 A professional athlete’s life rarely slows down for long. From training to games, back to training, film sessions, gym sessions and then to another game, there’s little time for introspection during a busy season.

Serious injuries, then, can serve to break up the regimented whirlwind that is an athlete’s life. Most of the time they are an unwelcome interruption. For Kristie Mewis, it was an opportunity.

Mewis suffered a torn ACL in 2018 that kept her out the best part of a year. The injury occurred at something of a crossroads in her career. At 27, she was in the middle of her prime years but she was also in the midst of an unexpected two-year run without a U.S. national team call-up.

Mewis had come up as a highly regarded youth player and earned all 15 of her USWNT caps between 2013 and 2014.

But at a time when she would’ve been expected to kick on and become a fixture for club and country, Mewis hit a rough patch. The Houston Dash midfielder is the first to admit that she had stagnated.

“I just remember I was OK with being average for a couple years there,” the 29-year-old said on a call with reporters.

With a serious injury to recover from, suddenly Mewis had nothing but time. The break allowed her to take a step back and look at the big picture of a career that hadn’t gone according to plan.

She had been eclipsed by her younger sister Sam, who was by then an established USWNT star. Her confidence and health had waned. She seemed destined for an understated end to her playing days.

“When you got cut with the national team, you lose a lot of your self-identity and confidence,” Mewis said. “It was hard for me to convince myself that it wasn’t over.”

While rehabbing, Mewis had to build herself back up, both physically and mentally. It was the latter part that proved the most challenging. It was also the most necessary.

“I had to look within myself and decide where I was going to go with my career,” Mewis explained. “Am I going to continue being average or am I going to try and push for my dreams?”

In May 2019, Mewis came back with the Dash and looked more like the player of 2013 than the one just before the injury.

At the end of the 2019 NWSL season, she was rewarded with her first USWNT call-up in more than three years. That was followed by a 2020 campaign that saw Mewis and the Dash make the most out of a pandemic-shortened season.

Mewis led the way as the Dash won the Challenge Cup in the summer before the team won three of its four matches in the fall series. Her performances were once again rewarded with a USWNT call-up – this time for the team’s October training camp.

“It honestly meant everything to me,” Mewis said of winning the Challenge Cup. “I obviously haven’t had that much success in the league on the teams I’ve been on. Just to win something and to be in first place, it was just so, so amazing. It was the best feeling in the world.”

It seems strange to say but, in hindsight, Mewis believes that her mid-career revival likely wouldn't have happened without her devastating knee injury.

“Me tearing my ACL was kind of a blessing in disguise because I feel like it just woke me up a little bit,” Mewis said. “It just made me ask myself, ‘Kristie, what are you doing? You need to come back from this. You’re missing out on your dreams. You’re being OK with being 70 or 80 percent.’”

Mewis still has plenty of obstacles between her and regular USWNT call-ups, not the least of which is her sister.

The younger Mewis, who is currently at Manchester City, was not called in for the current camp along with other England-based regulars like Rose Lavelle and Alex Morgan.

However, even when the full roster is eventually called in, Mewis is now armed with the confidence that she can break through again.

“It was hard to admit to myself that I wasn’t happy with where I was,” Mewis said. “But I think I just woke up one day and was like, ‘Let’s do this.’

“I want to get back with the national team, I want to be the best player I can be and I still have so much time to hit my prime, so that’s what I’m working towards now.”