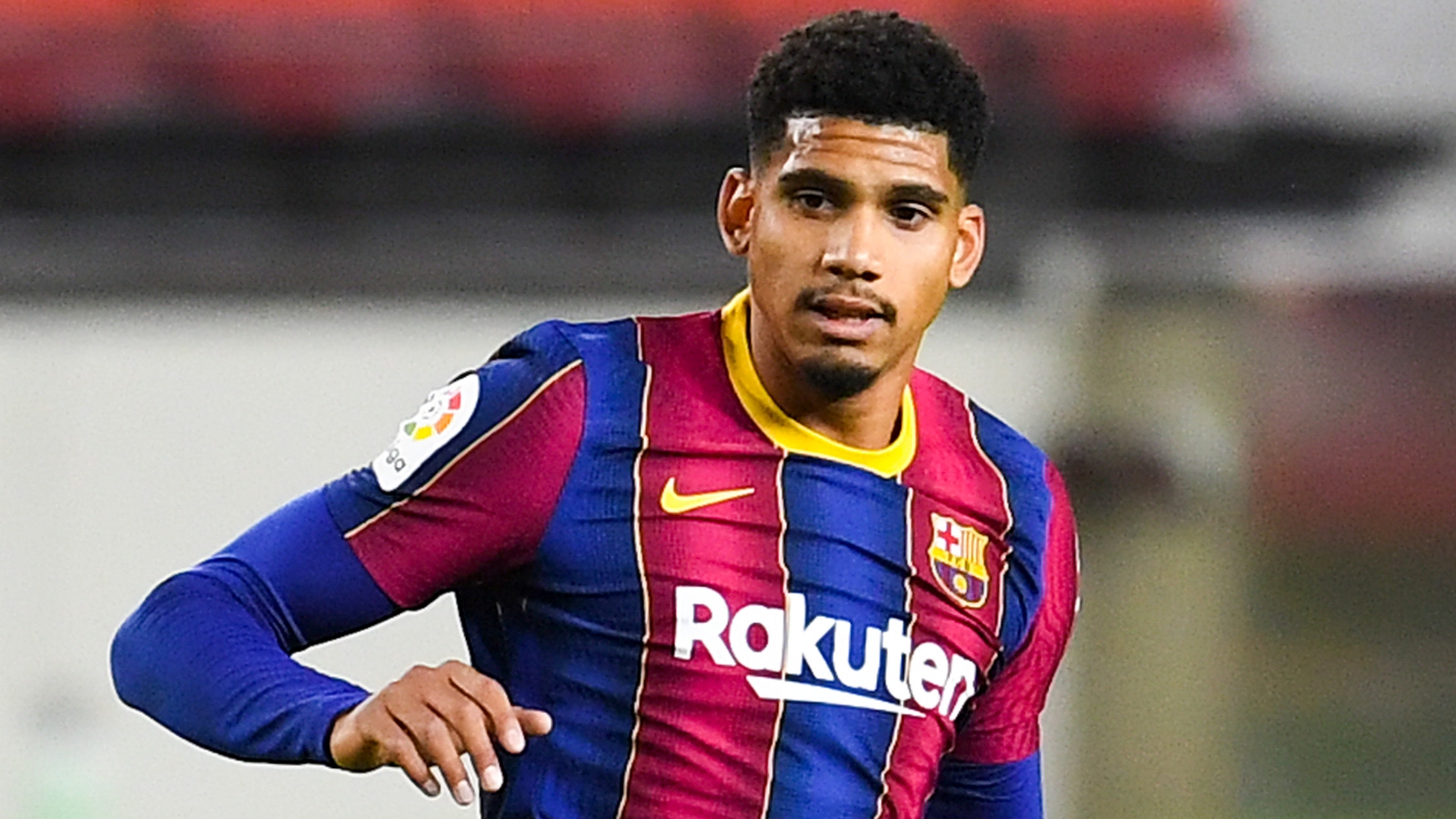 Ronald Araujo has outlined his desire to extend his stay at Barcelona, admitting that he hopes to remain at Camp Nou for "many years".

Araujo signed for Barca from Uruguayan outfit Boston River for just €2 million in 2018, and made his senior debut a year later in a 4-0 La Liga victory against Sevilla.

The 22-year-old stepped up to first-team level permanently following Ronald Koeman's appointment as head coach last summer and enjoyed an impressive 2020-21 campaign, but he is now approaching the final two years of his contract.

Araujo says he is ready to commit his long-term future to the Blaugrana, but claims to be in the dark with regards to negotiations over a fresh contract.

"I'm very happy to be at Barcelona, I hope to be here for many years and give my best in each season," Araujo said while away on international duty with Uruguay.

"I don't know much about the renewal, my representative takes care of that.

"I'm calm, but I hope to be able to continue at the club."

Araujo has racked up 39 appearances across all competitions for Barca to date, with 33 of those outings coming in their latest season.

The talented young defender saw plenty of minutes due to the injury-enforced absence of Gerard Pique, and also managed to score two goals while getting his hands on a Copa del Rey winners' medal.

Araujo went on to credit Koeman for giving him the chance to showcase his abilities at Camp Nou.

"With me there has always been a good coach-footballer relationship," he said of the Dutch head coach. "Koeman has made me play a lot and I was then able to show that I deserved to play."

Aruajo also reserved special praise for 18-year-old team-mate Ansu Fati, who he hopes can go onto achieve his enormous potential with Barca as he matures and develops his all-round game.

"Ansu is a tremendous player, a spectacular kid, he has already shown that he is a great player in every game he played, he is a gem of the club and I hope they take good care of him," he added.