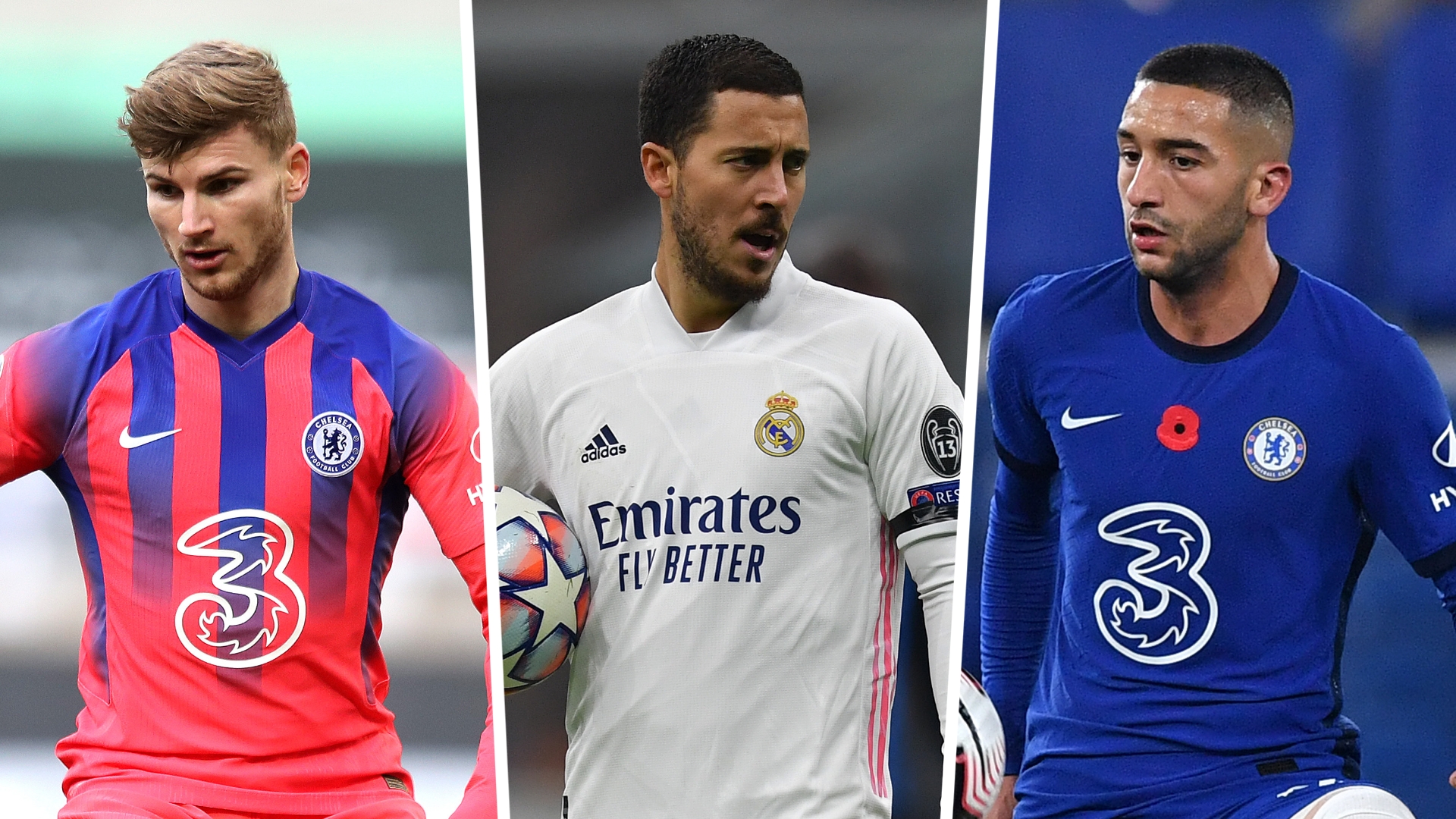 Hazard was seen as the club's talisman and scored 110 goals while also delivering a further 92 assists over his seven-year spell at the club. Lampard believes that despite all the money his side have invested, Hazard's sheer quality may be impossible for one player to replace.

"I think it is very hard to fill one-for-one a player of Eden Hazard's talents," Lampard told reporters ahead of his side's match with Tottenham on Sunday.

"His input at the club was huge and I have been talking a lot about Harry Kane today and his impact was similar in terms of goals and assists. To lose that, you have to try and find a way around it.

"With the transfer ban last year, it was more about the younger players coming in and being efficient as a team to at least stay where we are and look further forward in improvement. I think we made good steps on that front.

"With the new players we have in now, I would hate to give any of them the job or idea of they must replace Eden. They must focus on themselves and they have brought talent into the squad, without a doubt.

"I remember Eden's first year or two at Chelsea. It was clear what an amazing player he was going to become but he also needed time to become that great player that we all now know and love as Chelsea people.

"The players we have brought in all have potential in their own way to show how much they can give to the club but I certainly won't be throwing Eden Hazard's comparisons. They have to do it in their own way, he was very special."

Arguably along with Werner, Ziyech is the new arrival who has stood out most since the spending spree this summer.

The 27-year-old was rested for the midweek clash against Rennes, which means he will likely start against Spurs this weekend.

That is a sign of his importance after making his £37m ($48m) move from Ajax this summer. The Morocco star has quickly delivered with two goals and three assists in his first five starts, and Lampard is impressed with how little time Ziyech has needed to adapt to the Premier League.

"I love working with him because he is a player who trains really well," Lampard said. "He affects people around him, he has great individual talent and he worked in the gym on his rehab. I have been absolutely impressed with him in every sense since he has been at the club.

"He has delivered in every sense on the pitch since he has been here in his short time so I expect more. Naturally, we can expect more as he has shown he can get accustomed to the league very quickly and it is one of the reasons I brought him to the club.

"I thought he would bring something different in his style and the way he plays and so far, he has shown that."

Ziyech and Thiago Silva were Chelsea's two most experienced new signings, joining a team that boasts an average age of just 26.

Lampard hopes the rest of his team can continue growing to eventually become leaders like their peers.

"I think we are developing a nice balance and with the passing time with the players coming through the academy or who have settled here can be comfortable in their surroundings," he added. "They can grow, become better leaders; they can become more influential in the dressing room.

"We are in that process slightly but, yes, our average age is good and it has come down with some of our signings and academy players into the first-team squad. Now it is just a matter of what we do to bring success, no matter what the age."