Hungary FA fined £158,000 and given stadium ban after racist abuse of England players 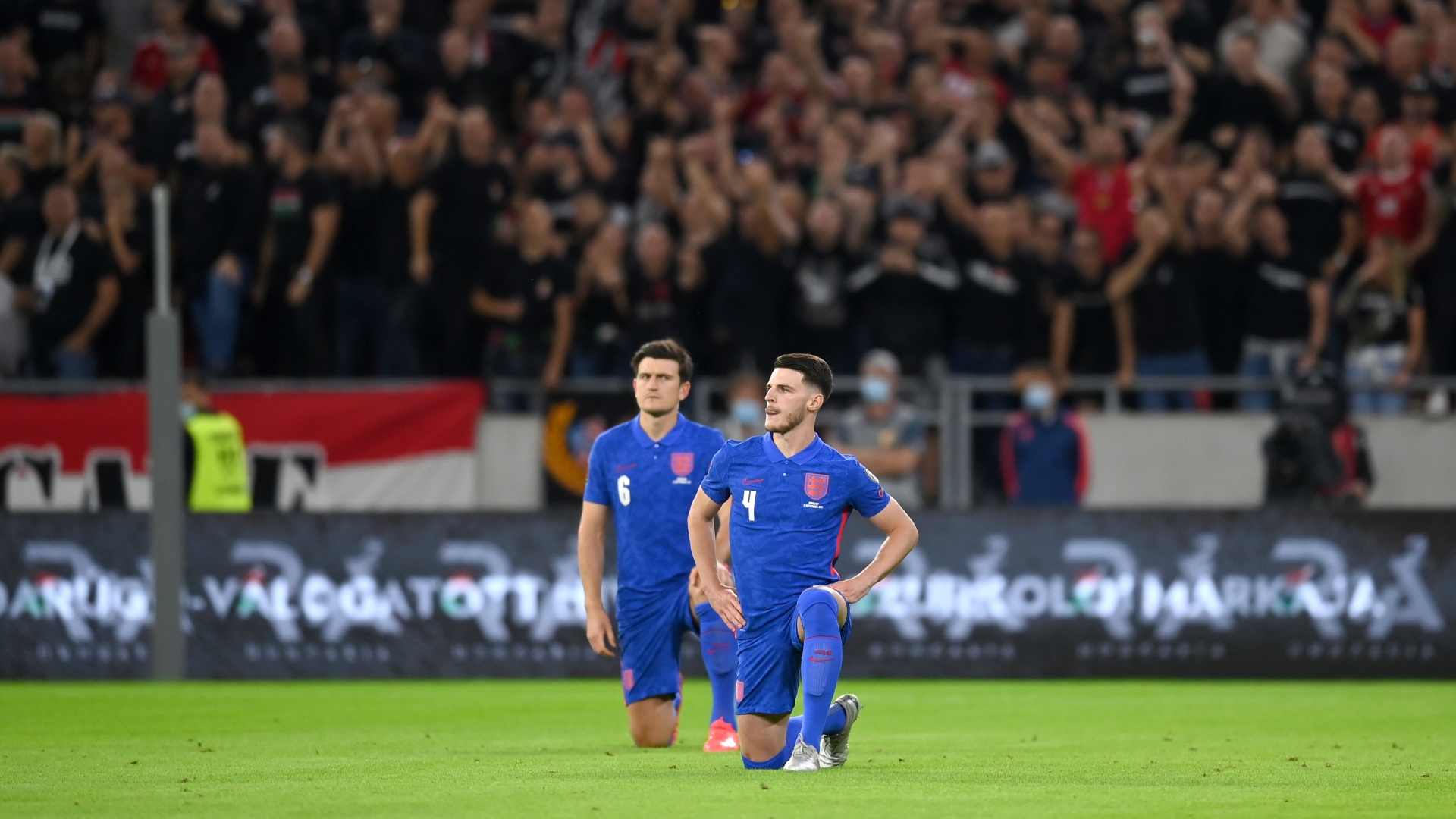 The Hungarian football association has been fined £158,000 ($215,000) and given a stadium ban after the racist abuse of England players in their World Cup qualifying clash at the start of the month.

England secured a comfortable 4-0 victory over Hungary at the Puskas Stadium in Budapest on September 2, thanks to goals from Raheem Sterling, Harry Kane, Harry Maguire and Declan Rice.

However, the occasion was marred by the actions of a select group of the home supporters, who subjected Sterling and Jude Bellingham to racist chants during the match.

FIFA has now punished Hungary by ordering them to play two matches behind closed doors, the second of which will be suspended for two years.

They have also been hit with a hefty fine by world football's main governing body, which has made it clear that it will not tolerate any form of racial abuse or discrimination in the game.

An official statement from FIFA reads: "The FIFA Disciplinary Committee has imposed a ban and a substantial fine on the Hungarian Football Federation (MLSZ) in relation to the racist behaviour of numerous supporters during the FIFA World Cup Qatar 2022 qualifying match between Hungary and England on 2 September 2021.

"After analysing and taking into consideration all the circumstances of the case, specifically the seriousness of the incidents (racist words and actions, throwing of objects, lighting of fireworks, blocked stairways), the Committee decided that the MLSZ would play its next two home matches in FIFA competitions without spectators, the second match being suspended for a probationary period of two years.

"In addition, the Committee imposed a fine of CHF 200,000. FIFA’s position remains firm and resolute in rejecting any form of racism and violence as well as any other form of discrimination or abuse. FIFA takes a clear zero-tolerance stance against such abhorrent behaviour in football.

"The decision rendered by the FIFA Disciplinary Committee was notified to the MLSZ."

What has Gareth Southgate said?

England boss Gareth Southgate condemned the vile abuse aimed at his players after the Group I encounter but also praised the squad for how they dealt with the situation in testing circumstances.

"Unfortunately, I don't know how many camps in the last four years but I seem to have been talking about this subject almost every time we have been together,” he told a press conference.

"I can only reiterate that our players are incredibly mature in the way they deal with it. I think they feel supported by their team-mates, which is very important to them.

"I think their team-mates recognise how challenging it must be for our black players and how disappointing it is in the modern world that we continue to have to answer these questions because of the incidents that happen.

"But we can only keep taking the stance that we have done and hope that we continue to send the right messages, not only to people in football but across society, and that everybody keeps progressing."