Hudson-Odoi wants Hazard's No.10 shirt at Chelsea but contract talks yet to start 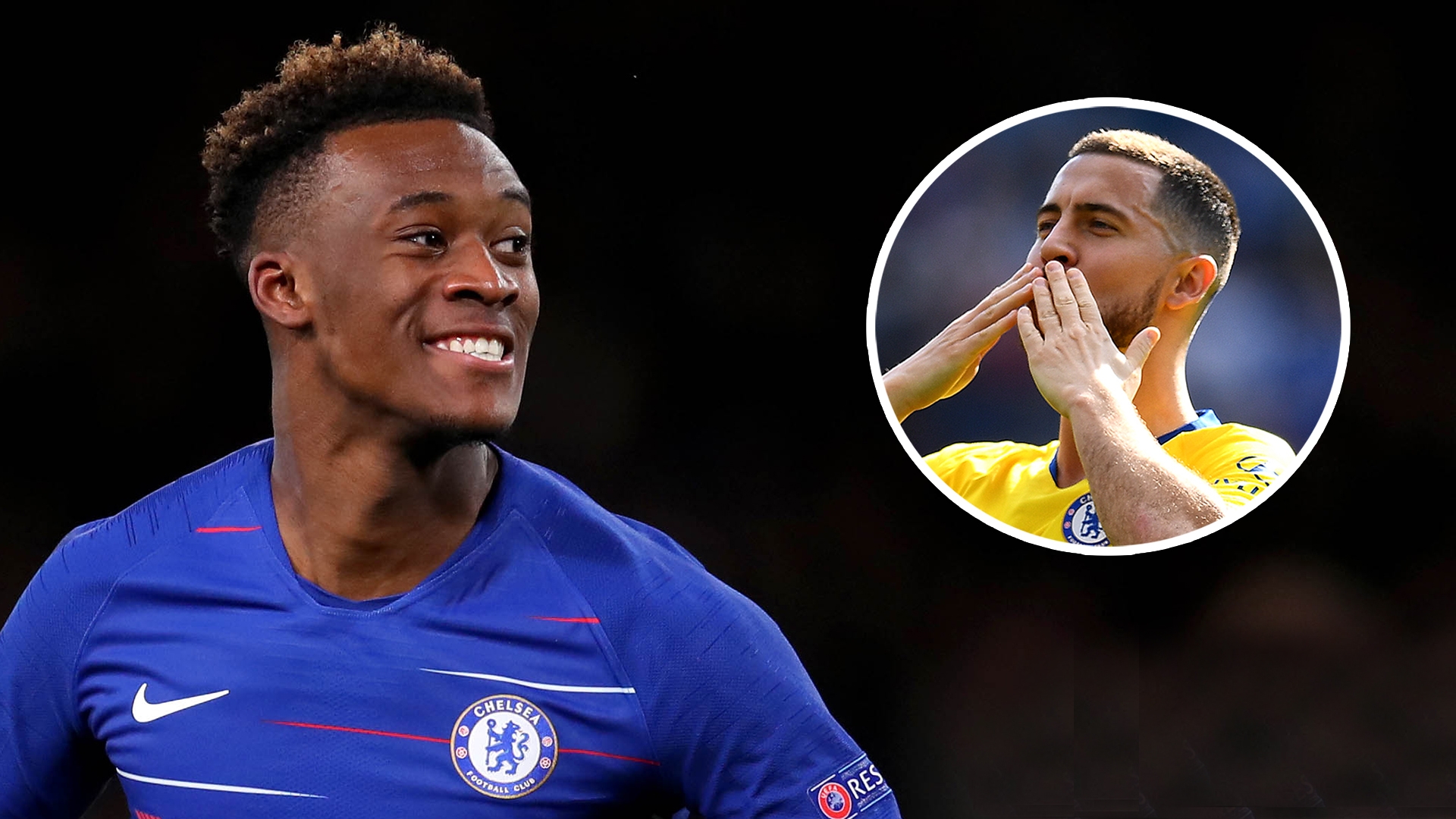 Callum Hudson-Odoi increasingly wants to stay at Chelsea and assurances he would be the man to replace Eden Hazard would help to ensure that he renews his contract,  Goal  understands.

Hazard looks likely to depart for Real Madrid after he confirmed in an interview after the final Premier League game of the season at Leicester on Sunday that he 'has made his decision' regarding his future.

Meanwhile, Chelsea are trying to retain Hudson-Odoi, having previously taken a strong stance in rejecting Bayern Munich's four offers in January, even after the teenager handed in a transfer request to try to force a move to the Bundesliga table-toppers.

The 18-year-old's desire to want a move away has softened after Maurizio Sarri gave him four Premier League starts in a row before he suffered an Achilles tendon rupture against Burnley in April.

He underwent an operation in Spain and, now back in London, the England international is keen to resolve his future but he has yet to have a contract offer from Chelsea with talks likely to begin after the Europa League final against Arsenal on May 29.

Like Bayern, Chelsea could offer Hudson-Odoi his preferred No.10 shirt which has been worn by Hazard for the past seven years.

Bayern offered Hudson-Odoi the No.10 shirt that was worn by legendary winger Arjen Robben, and a starring role in their team as part of their January bid. They remain interested and could come back into contention for the youngster if talks don't progress well with Chelsea director Marina Granovskaia.

Manchester United are also interested in Hudson-Odoi but they would find it even harder than Bayern to sign him due to their rival status in the Premier League.

All options remain open to Hudson-Odoi but Chelsea are well placed to secure a contract renewal.

The London-born winger, meanwhile, is also aiming for an early recovery from a similar injury which previously kept Arsenal defender Laurent Koscielny out for six months.

He is loosely targeting a return for the start of the Premier League season in August after a successful operation but he won't be allowed to rush back by Chelsea's medical staff.

The club’s Young Player of the Year said that he was feeling good at the awards ceremony last week.

"I think the surgery went really well. Everything went perfectly as I wanted it to. I am really happy to win the award. I think the season went well and I feel that every time I have played I felt more confident and I enjoyed it," Hudson-Odoi said at the Under the Bridge venue in west London.

"I enjoyed every moment of playing. I just need to keep working hard and hopefully get more opportunities."

Chelsea's decision to not begin talks with Hudson-Odoi, and regarding other club issues, may relate to the transfer ban, which is likely to affect negotiations with several of their players.