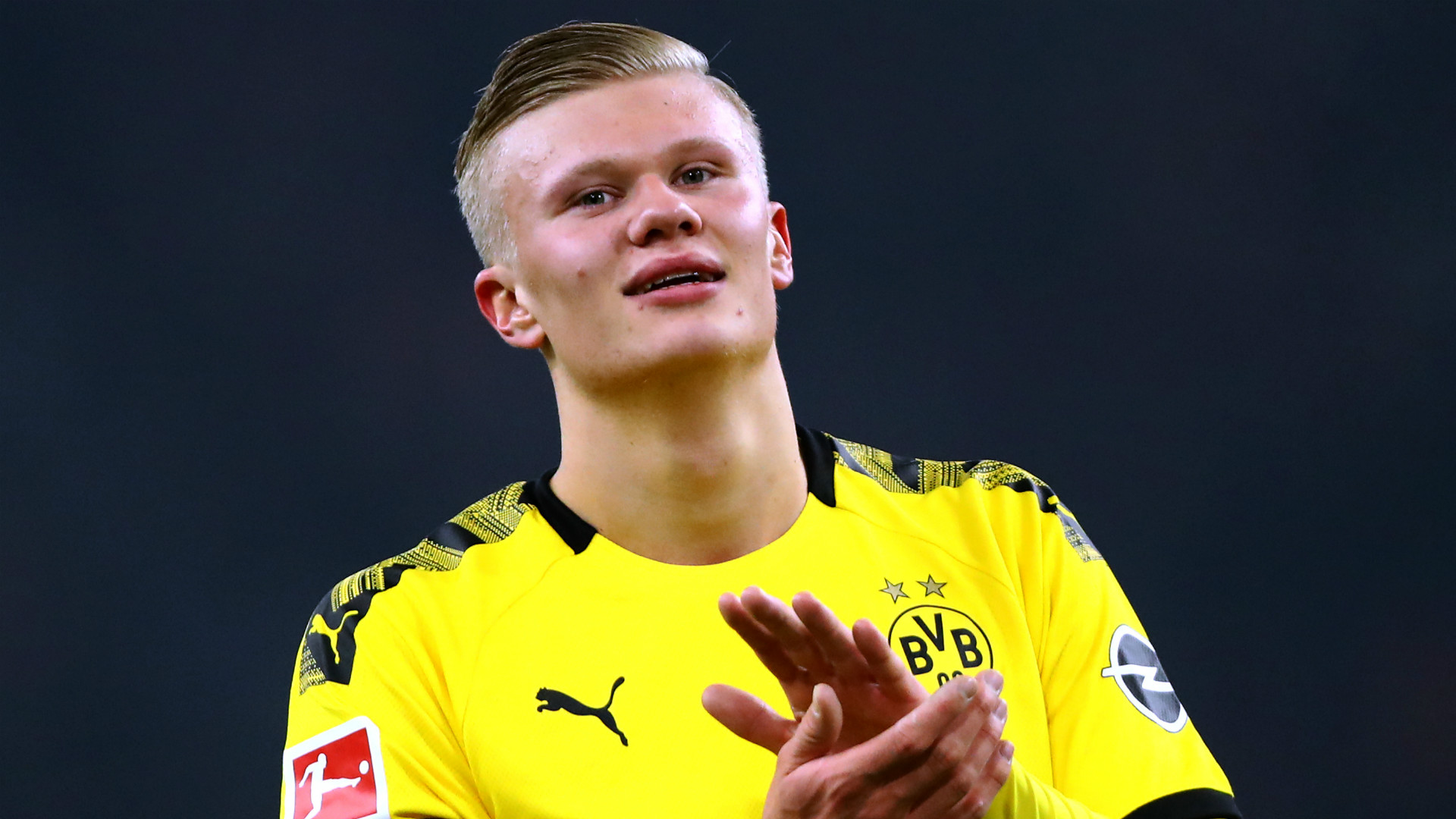 The Bundesliga side's sporting director has revealed they had to "reach high" to land the Norway striker, who was attracting rival interest

Borussia Dortmund sporting director Michael Zorc has revealed that he felt like a "little boy" after finding out on Christmas Eve that the club had secured the signing of Erling Haaland.

The Red Bull Salzburg striker made the switch to the Bundesliga title hopefuls in a cut-price €20 million (£17m/$22m).deal during the January transfer window, snubbing interest from Manchester United.

And the Norwegian has started life in Germany in incredible form, scoring eight goals in just four matches in all competitions, breaking records in the process.

Having struck a second-half hat-trick on his debut for the club in the 5-3 win over Augsburg on January 18, Haaland added five more in his next three appearances to become the first player ever to score eight times in his first four matches for a Bundesliga team.

And Zorc has now gone into detail regarding Dortmund's successful pursuit of the 19-year-old sensation, with the club's sporting director explaining the lengths that the Bundesliga giants went to in order to convince Haaland to join them.

When referring to a special video shown to Haaland containing emotional scenes from fans in the famous Sudtribune stand, Zorc told Sport Bild: "He seemed to like it!

"We had to reach high to sign Erling and it's no secret that other well-known clubs were working hard to get him. I was like a little boy (referring to a call he had with Mino Raiola on Christmas Eve to confirm the deal had been done).

"This combination of robustness, quality of finishing, good technique and his speed makes Erling special. In our first conversations there was already a positive atmosphere and we both felt good. Erling and BVB - it fits 100 percent.

"[He also has a] tremendous personality and that suits Borussia Dortmund, our stadium and our fans. That is what defines our club and is exactly what Erling was looking for. Such an atmosphere inspires him – he explodes on the pitch.

"Nevertheless, we will ensure that expectations do not rise immeasurably."

Dortmund face Bayer Leverkusen at BayArena in their next fixture having surprisingly been defeated by Werder Bremen in the DFB-Pokal third round on Tuesday.