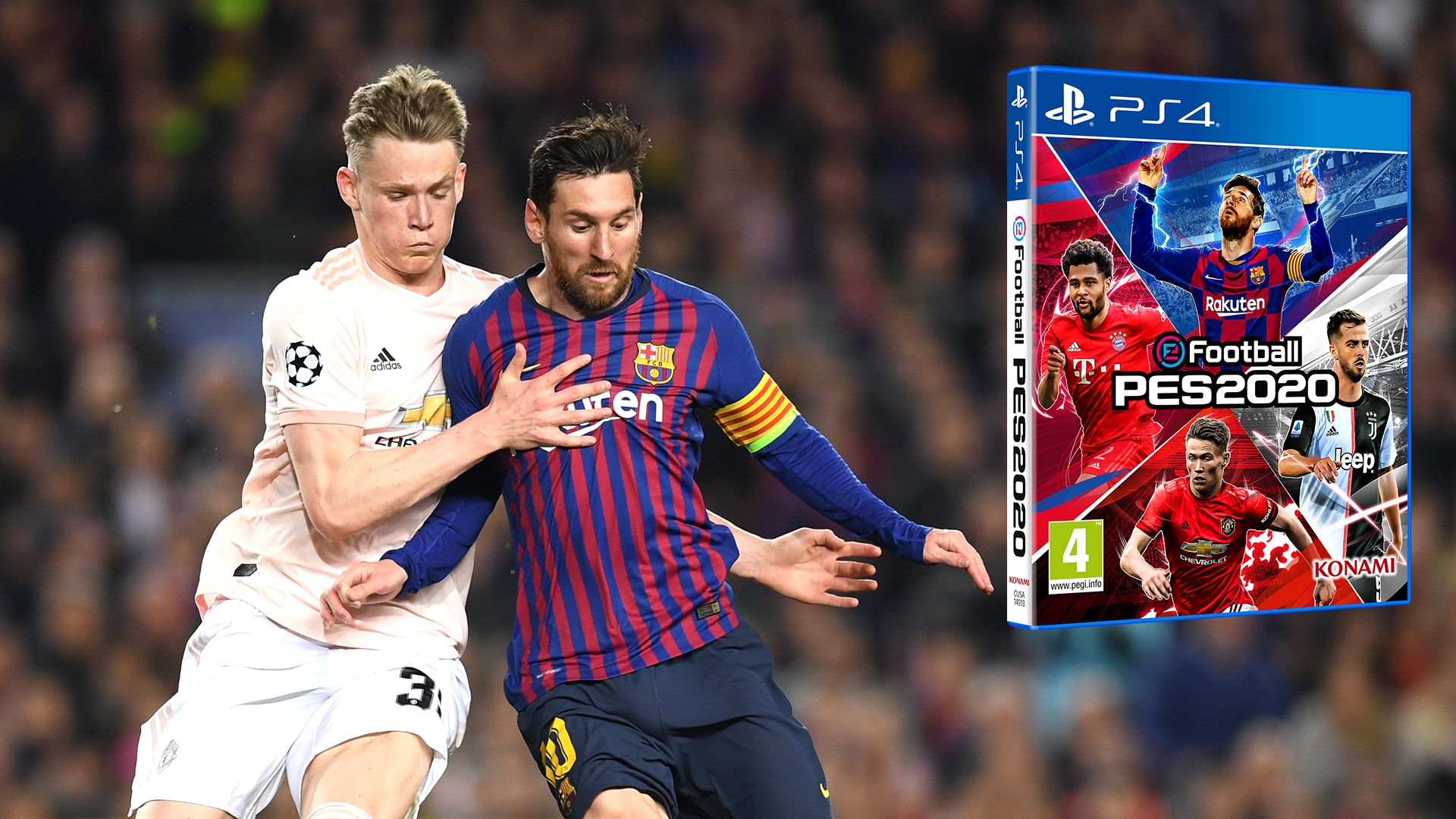 This year's PES cover features the Barca legend alongside the Manchester United midfielder, an addition that surprised many fans.

The cover of the annual release of Pro Evolution Soccer (PES) usually features the biggest stars of the moment, with recent cover stars including Lionel Messi, Neymar and Philippe Coutinho.

For eFootball Pro Evolution Soccer 2020, Messi is back and is joined by Serge Gnabry, Miralem Pjanic and, surprisingly, Scott McTominay.

To find out how the young Scottish midfielder made it onto the cover, Goal spoke with Jonas Lygaard, Senior Director of Brand and Business Development at Konami.

According to Lygaard, ensuring a player will be at the club when the game is in stores is paramount.

Lygaard said: “If we put Lukaku on the cover and he’s now left the club, we would have printed millions of copies of the game and have it on digital stores and sadly it would be a negative thing when it should have been a positive thing.”

Of course, knowing whether a player will still be at a club is easier said than done. For example, when Juventus signed Cristiano Ronaldo from Real Madrid last year it surprised many people, including EA Sports whose original cover for FIFA 19 featured the superstar in a Real Madrid kit.

Lygaard explained: “It comes from multiple conversations. We speak to the club for sure, we speak to the player and their representatives to get an indication of what is happening with the player. You don’t get any guarantees with any players.

“Take for example, Neymar. When he left Barcelona, nobody in the world expected he would leave for that kind of money, but it happened. So, it’s really difficult.

“I will say that - not for Manchester United, but for other clubs - we have changed the ambassador as we got an indication that something would happen.”

But while players like Lukaku and Pogba had been reported to be leaving Manchester United during the summer transfer window, there are still a number of higher profile players at United who, like McTominay, were unlikely to move on.

For Konami, it came down to more than a player’s star power and the likelihood of them remaining at Manchester United.

“Ole Gunnar Solskjaer has been very keen on developing a new Manchester United, with young players coming through and building the team from the ground up,” Lygaard said.

“We have McTominay as he is a fantastic talent and also has a promising future. Some people see him as the future captain so there were lots of good things about him.

“We have a lot of players who are represented by people who might not have the right background to represent them. With McTominay, it was great to work with such a professional team."

McTominay has also stood out due to his personality in interviews, something that was noticed by Konami.

As well as appearing on the cover of the standard edition of PES 2020, McTominay has also been joined on a special Manchester United edition by Marcus Rashford and Jesse Lingard.