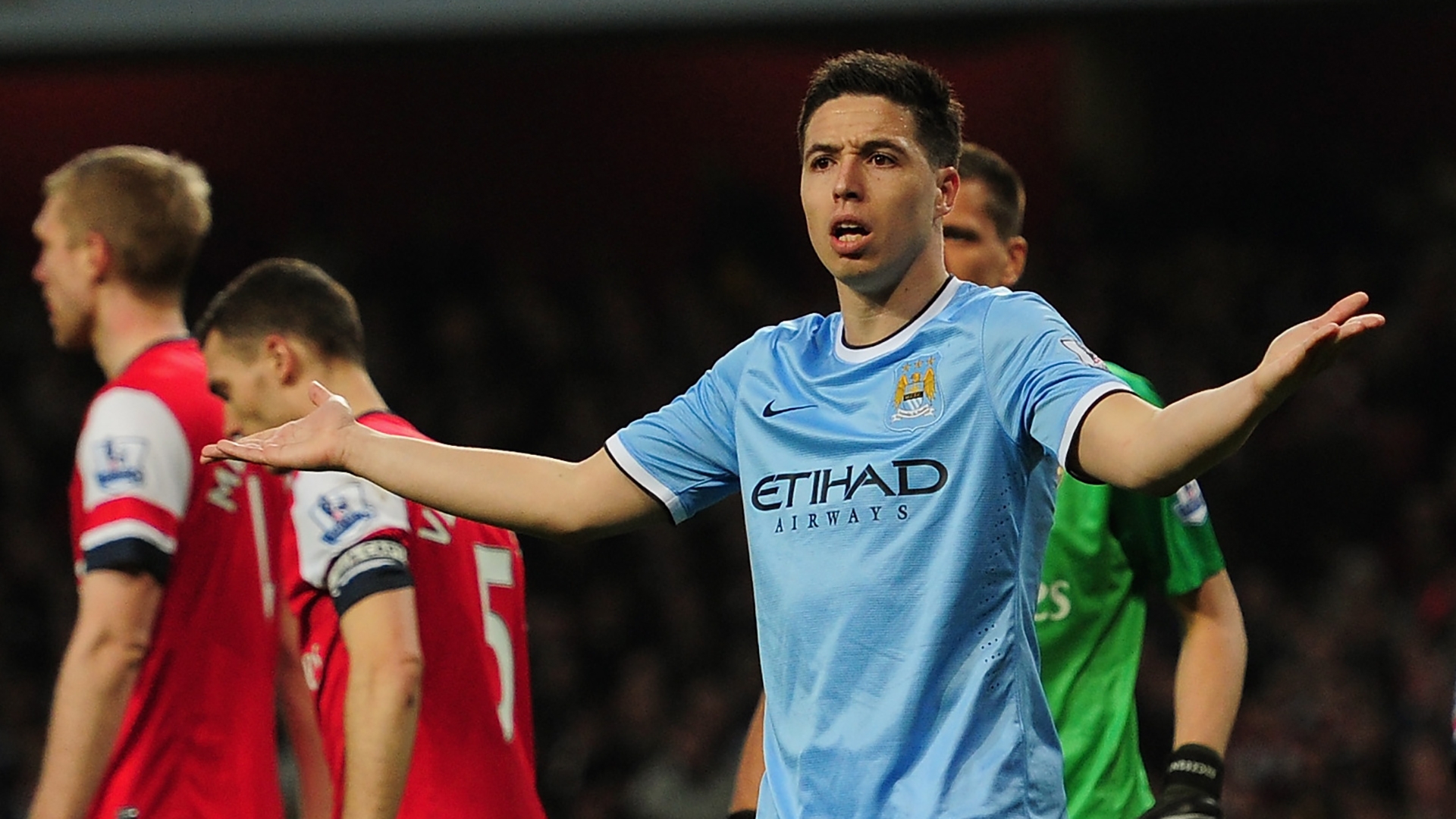 Once heralded as the 'next Zidane', the gifted attacking midfielder has hung up his boots after a career that will be remembered for many reasons

Samir Nasri was just 19 when he made his France debut and he marked his international bow against Austria with an assist, as he set up fellow newcomer Karim Benzema for the only goal of the game.

While Benzema continues to break records into his mid-30s, Nasri has hung up his boots, virtually forgotten over recent seasons after slipping away in a remarkably quiet manner from the top level.

Talent-wise, he was a player who had everything yet ultimately achieved only a small fraction of what he was capable.

Nasri spent 16 years as a professional and will be best remembered for spells with Marseille, Arsenal and Manchester City, but he peaked early.

Indeed, the last of his 41 France caps was earned when he was 26, while he only made 44 league appearances in the final five years of his career, which saw him turn out for Sevilla, Antalyaspor, West Ham and Anderlecht, as well as serve a doping ban that saw him miss a year of football.

It was a sad end to a player who had promised so much.

When Nasri broke through at Marseille, the expectations were huge – and he largely lived up to them, becoming known as the ‘Little Prince of the Velodrome’.

Coming from the same city as the great Zinedine Zidane and also boasting Algerian heritage, he was rather unfairly burdened with the tag of being the ‘next Zizou’.

Playing with the swagger of an old-fashioned romantic, Nasri possessed the kind of vision, technique and attitude that enabled him to do justice to his lofty moniker during four fine seasons with OM in which he led the club back to the Champions League.

While this self-confidence would ultimately play a role in his downfall, he impressed sufficiently to attract the interest of Arsenal manager Arsene Wenger, who spent around £12 million ($16m) to sign him in 2008.

Nasri continued to improve with the Gunners but, after a 2010-11 campaign in which he scored 10 Premier League goals in just 30 matches, he departed the club under a cloud. Indeed, he was branded a “cancer” by Manchester United’s Gary Neville for the manner in which he forced through his move to the Etihad.

Nasri was a key member of the first team during his first season at City and helped fire Roberto Mancini’s side to the most dramatic Premier League title triumph in history.

However, while he burned brightly in his first few years in Manchester, netting the goal that secured the Citizens the 2014 crown, he fell out of favour and his career spiralled, culminating in a doping ban in 2018 after a short stay at Antalyaspor.

“It was an episode that hurt me badly and changed my relationship with football,” Nasri told JDD. “I felt it was more than unfair. I hadn’t taken any doping product. It was just an injection of vitamins because I was sick. It cut me down in my tracks.”

Nasri briefly regained his form with West Ham, with two assists in eight games, but successive injuries cut short his time in London and he reunited with former City colleague Vincent Kompany at Anderlecht. The season was a disaster, collectively and individually, and after the league was suspended due to the Covid-19 outbreak, he was released by the Belgian club.

Although he harboured an ambition to finish his career with Marseille at Stade Velodrome, he will bow out in a charity match to be played in support of children in the Ivory Coast later this month and not with the side he grew up supporting.

Back in France, Nasri is remembered as the last member of a generation that came to be regarded by the public as a group of gifted but spoiled footballers primarily because of their conduct at the 2010 World Cup.

Several high-profile players went on a public crusade against then head coach Raymond Domenech in South Africa and spectacularly imploded, suffering an embarrassing first-round elimination after earning only a point in a group that contained Uruguay, South Africa and Mexico.

Ironically, Nasri was not present for that event and survived the worst of the fallout, yet he is still considered emblematic of this era and his national team career would survive only three more years.

After being overlooked for the 2014 World Cup, his girlfriend at the time, Anara Atanes, took to Twitter and wrote: “F*ck France and f*ck Deschamps! What a sh*t manager!”

She returned to emphasise her point: “In case you didn’t read my Tweet properly, I’ll repeat myself. F*ck France and f*ck Deschamps!”

Nasri would never play for his country again.

He had long been regarded as a problem player, of course.

While still only 23 he had responded to allegations of a poor attitude by defiantly declaring “Just because I’m young, I don’t have to shut my mouth and say amen to everything", while he was infamously labelled a “little s***” by international colleague William Gallas.

He also clashed with national legend Thierry Henry and had a very public falling out with the press.

Despite that, it is into the media that Nasri has stepped following his retirement. He will take up a role as a pundit with Canal+, though he reportedly wants to go into coaching.

Whether he has the right kind of character for management is open to debate but few former players know as much about the potential pitfalls of football as Nasri.

He and Benzema may have both been members of France's feted 'Generation 87' but whereas the striker managed to find his way back into the international arena, the 'Little Prince' got lost along the way.