Manchester City’s Champions League history has been characterised by heartbreak, misfortune and misjudgements.

However, on Tuesday night at the Etihad Stadium, Pep Guardiola’s side put all that pain and agony behind them as they secured a place in the Champions League for the first time ever.

City overcame their nerves, and kept their heads as Paris Saint-Germain lost theirs, to put themselves within touching distance of glory.

And the emotions were clear at the full-time whistle as they celebrated a 2-0 win on the night, and a 4-1 triumph on aggregate, with a mix of joy, disbelief and relief. Indeed, Oleksandr Zinchenko even collapsed to the turf in tears, clearly overcome by the enormity of the achievement.

They had all waited a long time for this. They deserved it, too. City's players had scrapped, run and fought for every ball. This was a performance of heart and courage, as they withstood everything the French champions threw at them.

PSG had threatened to turn the tie around during a first half in which City repeatedly gave the ball away as Guardiola looked on with his hands on his head.

But there were heroes all over the pitch, always ready, willing and able to get their team-mates out of trouble.

Ruben Dias was a leader at the heart of defence, throwing his head in front of PSG shots and organising a disciplined defence.

The Portuguese defender hugged and celebrated with John Stones and Oleksandr Zinchenko as if they had scored a goal when they managed to deny Neymar after the Brazilian superstar had darted dangerously into the box.

Kevin De Bruyne and Bernardo Silva sprinted breathlessly between boxes, while Fernandinho showed all his knowledge and experience as he took control of the midfield on his 36th birthday. 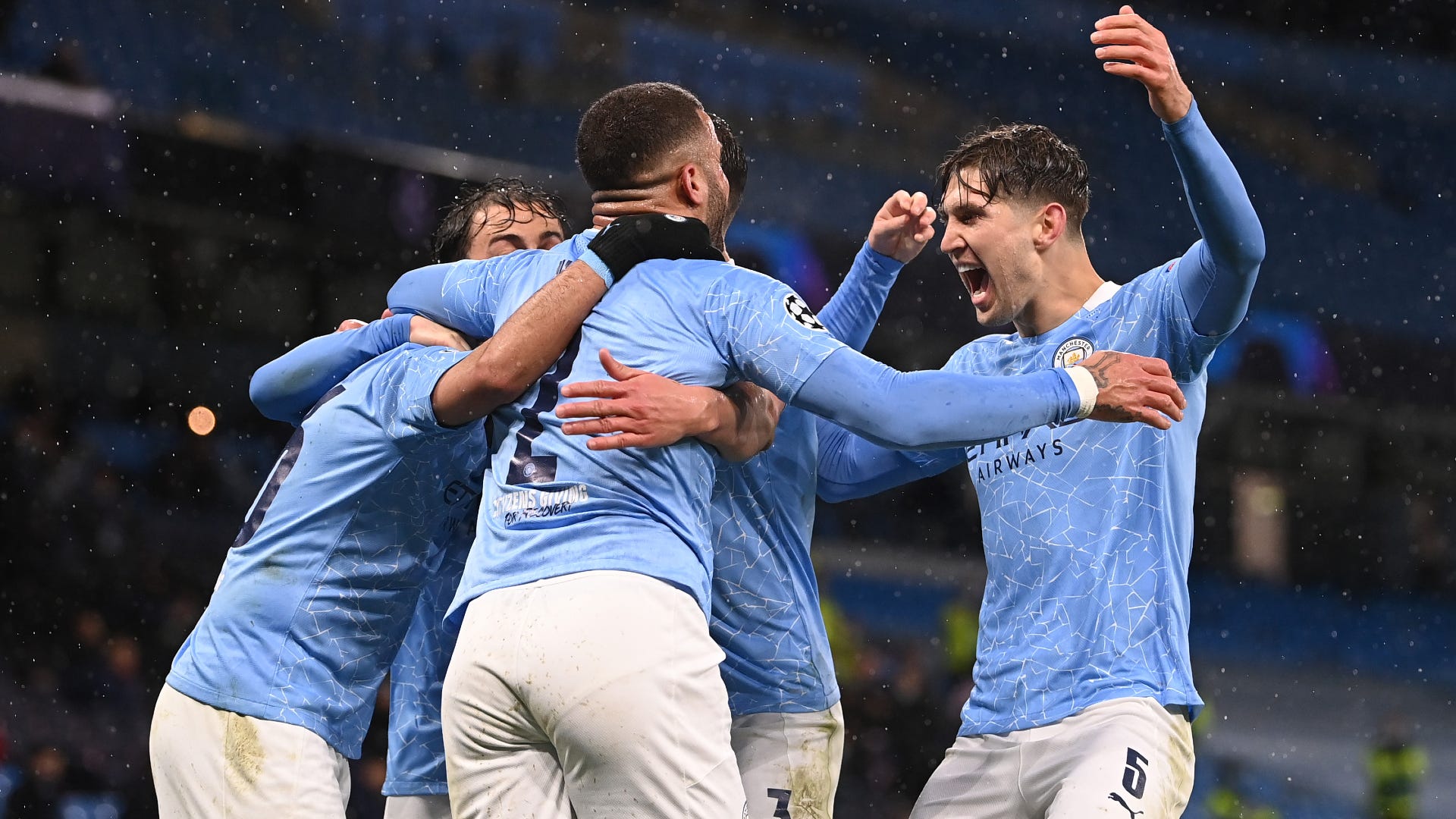 And as PSG once again imploded in the second half, the Brazilian’s mastery of the dark arts drew Angel Di Maria into a ridiculous stamp that earned the Argentine winger a red card.

By that stage, though, Riyad Mahrez had already left his mark on the game.

He finished off City’s big first chance of the night, putting the final touches on a move that had clearly come straight from the training ground, with Zinchenko sprinting out of defence to latch onto Ederson’s perfect pass upfield.

The ball was cut back to De Bruyne before eventually making its way to Mahrez, who kept his cool to nutmeg the advancing Keylor Navas.

Mahrez's second goal came at the end of another terrific move, as City ruthlessly punished a PSG side desperately chasing the game.

De Bruyne and Foden broke brilliantly before the England international swept over a low cross that Mahrez smashed into the net.

It may have been a different night had an early penalty award for a Zinchenko handball not been correctly overturned.

But those tales of bad luck from those devastating defeats to Monaco, Liverpool, Tottenham and Lyon under Guardiola can finally be consigned to the past. The Catalan coach is back in a Champions League final for the first time in a decade.

He was brought to the Etihad Stadium to win the trophy the club's owners wanted above all others. And City are now 90 minutes away from realising that dream.