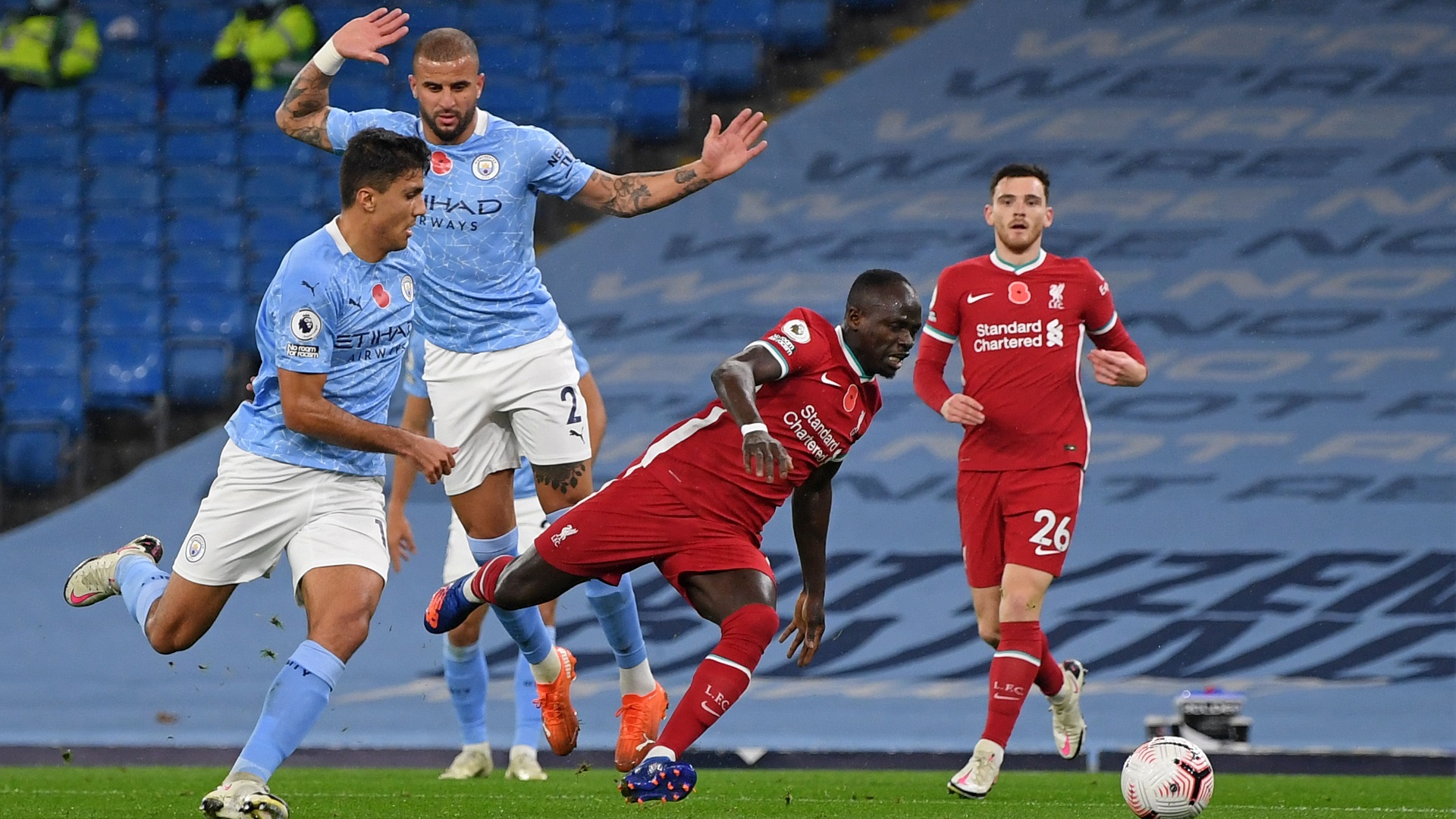 The England international was penalised for a foul on Sadio Mane, with Roy Keane not holding back in his assessment of his performance

Roy Keane has labelled Kyle Walker “an idiot” after the Manchester City defender gave away a penalty during Sunday’s Premier League clash with Liverpool.

The Reds were awarded a spot-kick during the first half at Etihad Stadium when Walker collided with Sadio Mane and knocked the Senegal international to the ground.

Mohamed Salah converted the penalty to put Liverpool in front for his ninth goal of the season in all competitions, though City would level before the break through Gabriel Jesus in what was his first start since the opening day of the season.

Speaking in his role as a pundit on Sky Sports, Keane did not hold back in his assessment of Walker’s defending during the half-time break.

When asked how Mane had won the penalty, the former Manchester United captain said: “Because he’s up against an idiot.

“Kyle Walker, people tell me he is playing well but I don’t think so.

“I think this guy is 30 years of age, an international player, he’s a car crash, he keeps making these types of mistakes and rightly punished for it."

Former Manchester City defender Micah Richards, who was working as a pundit alongside Keane, leapt to the defence of the England international.

“He’s been in good form,” said Richards. “I think Roy is taking it a little bit overboard there, he’s been one of City’s best players.

"But he gambles there on Mane, he should have just waited. He gambled that he was going on the outside and before you know it, Mane was there and he took him down.”

City had a great chance to go in front against the champions when they won a penalty shortly before the break, with Joe Gomez penalised for handball as he attempted to block Kevin De Bruyne’s cross.

De Bruyne stepped up to take the resulting penalty but sent the ball wide of the post.

It was the first penalty to completely miss the target in the Premier League since October 2018, when Riyad Mahrez sent his spot-kick over the bar during a goalless clash between Manchester City and Liverpool at Anfield.

The match would end at 1-1, as Liverpool ended the day in third place while City are in 11th.