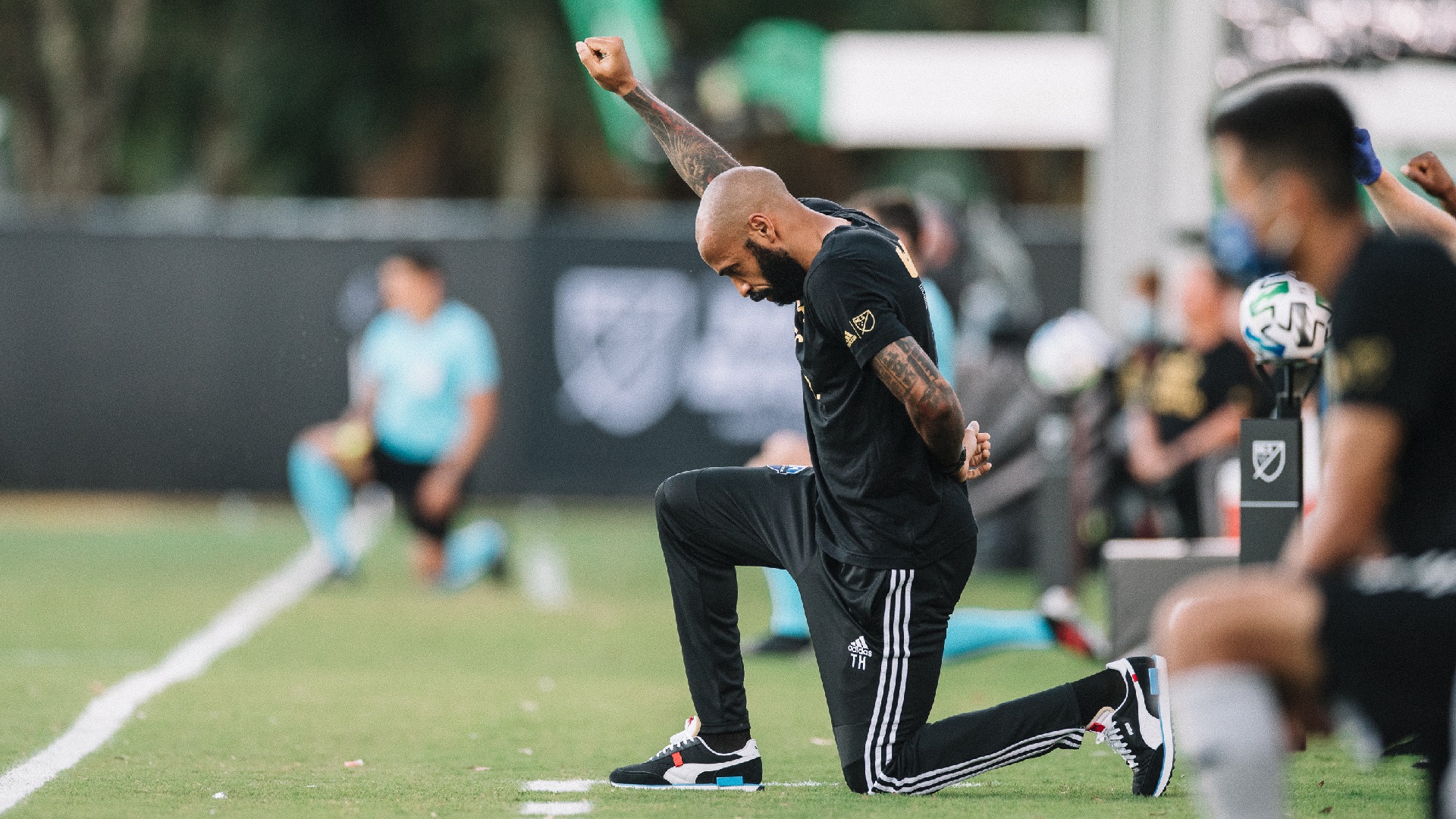 The former Arsenal and Barcelona forward made a powerful statement as soccer in the U.S. continues to take a stand against racism

Thierry Henry made a powerful show of support for the Black Lives Matter movement as the MLS is Back tournament continued on Thursday.

The Montreal Impact coach, wearing a Black Lives Matter T-shirt, took a knee in his technical area for the first eight minutes and 46 seconds of his side’s game against the New England Revolution.

That is the amount of time prosecutors said police officer Derek Chauvin knelt on the neck of George Floyd, whose death at the hands of Minneapolis police sparked worldwide protests.

"Well, I sat down for eight minutes and 46 seconds," Henry said after the game.

"I guess you guys know why. It was just to pay tribute and show support to the cause. That was basically it. It was simple."

For the cause. ✊🏽✊🏾✊🏿@ThierryHenry x #BlackLivesMatter pic.twitter.com/YKFy51z3Ic

A number of soccer teams and players have shown their support for the cause since the sport returned from coronavirus-enforced suspension.

Players from the Portland Thorns and North Carolina Courage knelt during the playing of the U.S. national anthem in June when the NWSL became the first American league to return.

Members of Black Players for Change made a striking pre-game statement ahead of the opening match of the MLS is Back tournament on Wednesday, as Orlando City faced Inter Miami.

Philadelphia Union players took to the field for their game against New York City FC wearing jerseys featuring the names of George Floyd, Breonna Taylor and other victims of police brutality.

Players have made their support for the Black Lives Matter movement clear in spite of President Donald Trump’s snipe at U.S. Soccer on Twitter, when he said he wouldn’t watch the sport anymore after the decision to repeal a policy which forced players to stand during the national anthem.

A statement from U.S. Soccer at the time said: "The policy was put in place after Megan Rapinoe kneeled in solidarity with the peaceful protest inspired by Colin Kaepernick, who was protesting police brutality, and the systematic oppression of Black people and people of color in America.

"It has become clear that this policy was wrong and detracted from the important message of Black Lives Matter.