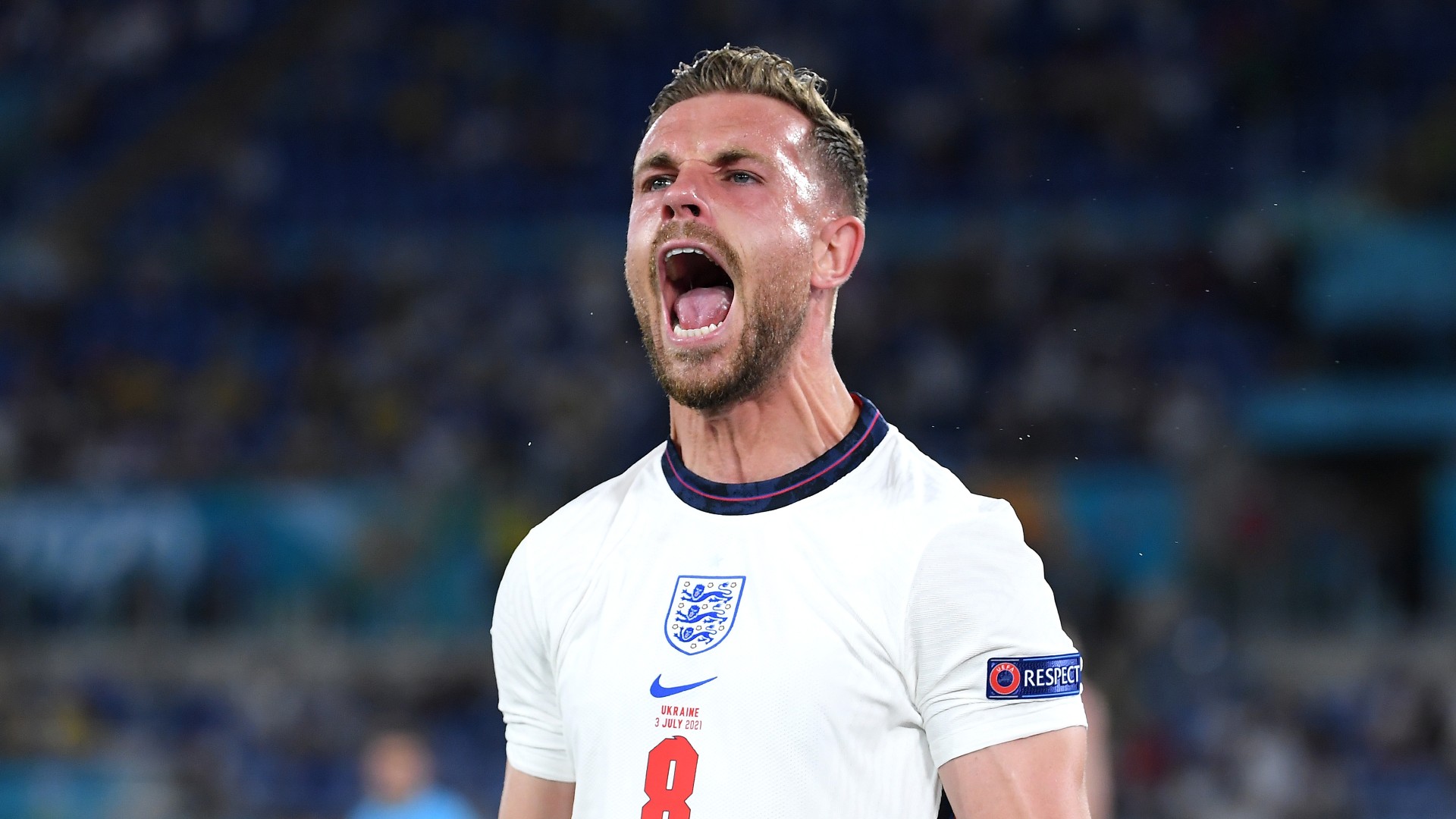 Having secured consecutive last four appearances in major tournaments for the first time in half a century, the Liverpool man is calling for calm

Jordan Henderson has hailed England's dominant Euro 2020 quarter-final victory against Ukraine as "outstanding" but has cautioned the Three Lions not to get ahead of themselves before their semi-final with Denmark on Wednesday.

The Liverpool captain notched his first senior goal for Gareth Southgate's side in what was his 62nd cap, with a Harry Kane double and a Harry Maguire header helping to complete a dominant 4-0 rout at Stadio Olimpico in Rome.

With back-to-back last four appearances in major tournaments secured for the first time in half a century, Henderson has spoken of how the magnitude of the occasion can help England as they return to Wembley to face the Danes, while warning they must give their opponents the respect they deserve.

"I thought the lads were outstanding, so, yeah, overall a great night," the midfielder, who came off the bench for Declan Rice in the second half, told Sky Sports News. "You know, we haven't achieved, we need to quickly turn focus, and use it in a positive way, to Wednesday and a tough opponent against Denmark.

"We've got momentum and we're feeling confident but at the same time, we've got to give Denmark repsect because they're a fantastic team. We played them not long ago and we know how difficult that will be.

Henderson's arrival just before the hour mark, with his nation three goals to the good in Rome, ensured vital extra minutes for the Reds man following a prolonged injury lay-off across the second half of the season, but also removed the risk of suspension for a key man.

Heading into the game, Rice - alongside Maguire, fellow midfielder Kalvin Phillips and the benched Phil Foden - were all carrying yellow cards, meaning that a further booking would have ruled them out of any prospective semi-final clash.

Fears that a brusque Ukraine performance could prove niggly were unfounded, in no small part thanks to Kane handing England an early lead which reshaped the dynamics of the match, but Southgate will undoubtedly be pleased that he will be able to call upon a full contingent for the clash with Kasper Hjulmand's Denmark at Wembley.