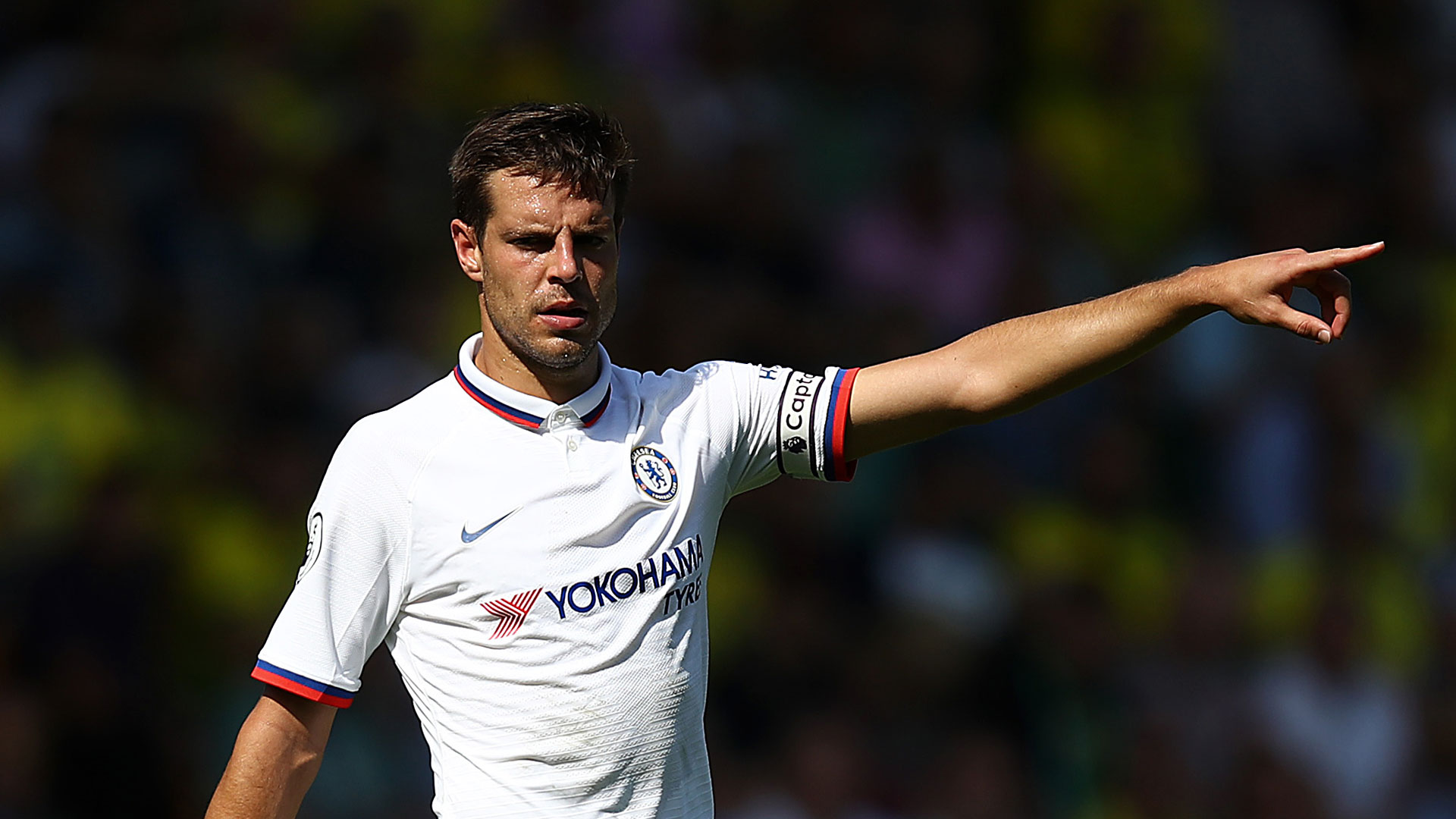 Frank Lampard is backing Cesar Azpilicueta to overcome a run of poor form early in the season that has seen him criticised by sections of the Chelsea fan base.

The Blues have the second-worst defence in the Premier League, behind just Norwich City, having conceded nine goals in the first four games of the season.

Azpilicueta has been ever-present for Chelsea and he has become club captain since Gary Cahill left over the summer, though his form early on has drawn the ire of the club’s supporters.

But Lampard believes his defender will be able to ignore the negativity and to produce again for his club.

"Firstly, I played with Azpilicueta and I know him very well and he is the first player to stand up," Lampard told reporters. "The reason he is captain is because of that professionalism and attitude.

"He has been an incredible player for a club that has won a lot and he has been central to winning a lot. He is not just a bystander. He has been right in the middle of it all and he will be more critical than anyone of his form and what it means.

"He will be the first one who wants to address it every minute of the day in training. I think he is a big player for us and a big personality. I see no problem. I remember in my career countless times playing with better players than I was that had little moments in their career that, for whatever reason, people want to talk about.

"The top ones come through it. Azpilicueta is a top player and I don’t think there are any major issues. In the modern-day all eyes are on and if there is a bit of a mistake or a moment, people want to do that, and players have to put up with that. I have got no problem. Azpi will comfortably put up with that."

Chelsea's defensive issues have come amid injuries to a host of players, including Antonio Rudiger, who is back and ready to return against Wolves on Saturday.

Lampard has confirmed that N'Golo Kante remains out injured, while Emerson Palmieri will miss out due to an injury sustained on international duty with Italy. Callum Hudson-Odoi and Reece James returned for the club's Under-23 side on Friday night but Lampard says that rules him out of replacing Azpilicueta at the Molineux Stadium.

"Yes, it is too early for Reece. Tonight is more minutes and it won’t be 90 minutes, probably more around 45 minutes because of where he is at so there is a bit of a plan with him," Lampard added as he looks for competition with Azpilicueta.

"Reece is also adaptable. So are certain other players. He played the run-in at Wigan in defensive midfield last year. He can play right centre-back, right-back. There are options."

Unlike the other injured players, Ruben Loftus-Cheek remains in a long-term recovery programme following an Achilles tendon rupture. He is joined by his close friend and the forgotten former PSV loan star Marco van Ginkel.

Lampard isn't expecting to add him to the squad anytime soon, despite bringing in the likes of Kurt Zouma, Tammy Abraham and Mason Mount to bolster the squad amid a transfer ban.

"He's long term,” Lampard said of Van Ginkel. “He has unfortunately had some complications with knee surgery. I wouldn't want to put any time frame we will leave him to do his rehab which he is doing very diligently.

"His demeanour is as good as it could be. He is here working every hour of the day. He is positive even if inside I’m sure it is tough for him."

Lampard has only won one of his first five games in charge at Stamford Bridge since returning as a manager after a legendary playing career at the club.

A tough week is ahead after his players have returned from international duty with Wolves away followed by Valencia and Liverpool at home. The 41-year-old thinks it is too early to judge his time in charge and adds that he wants to find ways to stop conceding goals.

"If anyone’s jumping to conclusions it is because they’re looking at Liverpool and City, because they are the dominant teams who have got good results so far, particularly Liverpool,” he said. “Other than that, I think it is too easy.

"We’re on the same points as Manchester United and Tottenham. Other teams that might be less fancied than us are on higher points than us, so I think now is certainly too early to make long-term predictions.

“We have conceded more than we would want to. It is our job to put it right. We will focus on different elements of the game. Sometimes you can sit down and not worry about one part that is going really well, but of course, if things show themselves, you have to address them.

"We regularly have videos. I don’t like the defending vs attacking thing because I think some of the goals that we have conceded have been individual errors or we’ve given away possession and let them score. That means that it is your attacking that is not so good as your defending, so we always try and look at both sides."