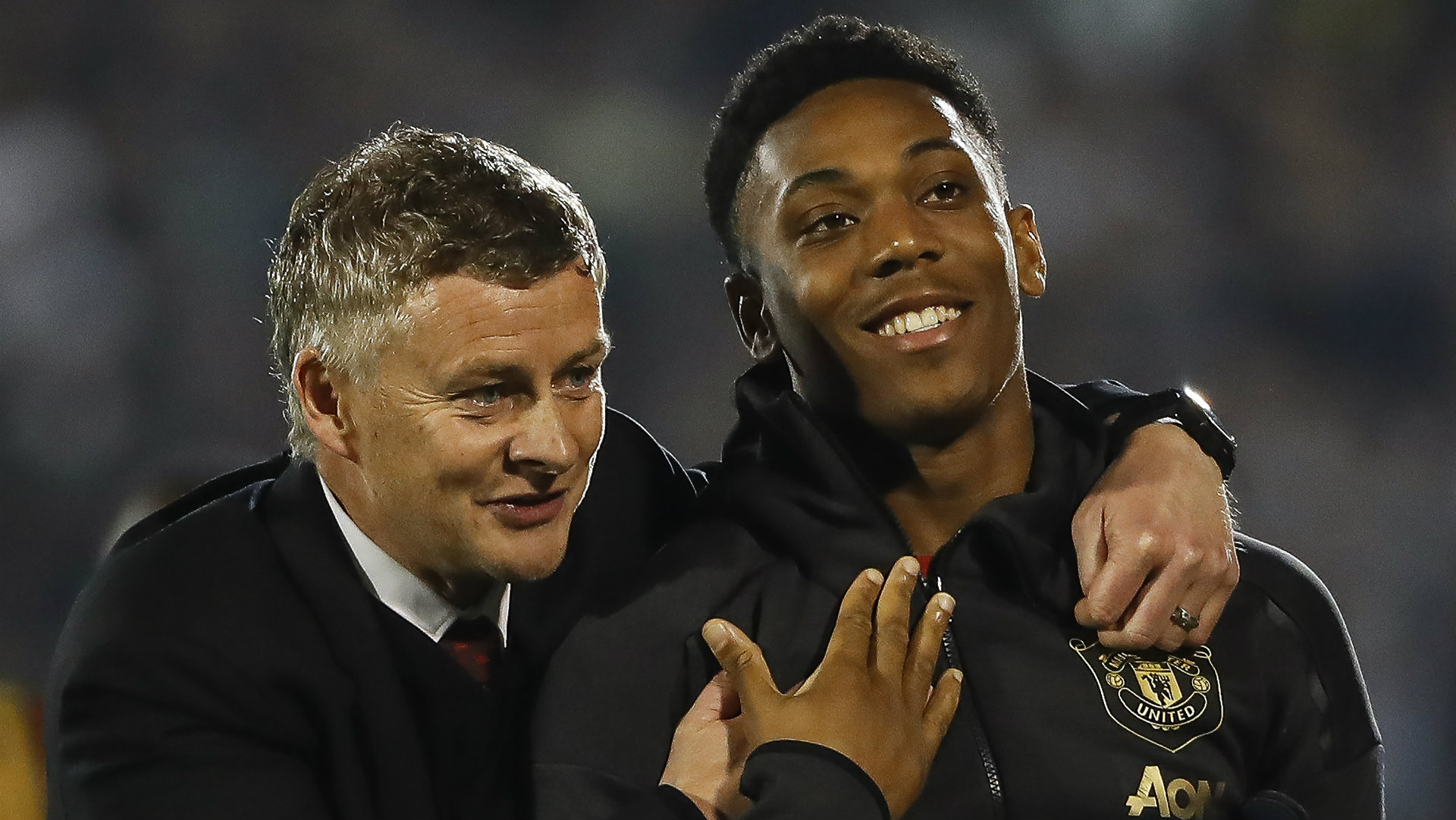 The Frenchman has mainly played on the wing during his Man Utd career, but his work as a No. 9 has impressed his manager

Ole Gunnar Solskjaer says that he has noticed a happier Anthony Martial at Manchester United as the French forward is starting to become 'obsessed' with scoring goals.

Martial has been criticized for his laid back demeanour since arriving at Old Trafford, with pundits like Paul Scholes stating that he doesn't appear to be a player that cares if he scores or not.

The Frenchman has spent a majority of his Man Utd career on the wing, having scored 48 goals through his first four seasons with the club.

Now playing in a more central role under another former striker in Solskjaer, Martial has said he is welcoming the pressure that comes with being the centre-forward at Manchester United, words that pleased his manager.

“I don’t think he has had a long run of games as a No. 9 since he played many years ago as a boy,” Solskjaer said.

“You have to be obsessed with scoring goals as a No. 9 and he is looking more and more like a player who wants to score goals and not just show his tricks, and for me, he has matured a lot in his behaviour on the training ground as well.

"I believe we will see the best of him in the next few years.”

Solskjaer added that, although Martial has been bothered by a thigh injury this season, the forward's attitude has been much-improved, much like his goalscoring record.

Martial has fired four goals in nine matches so far this season, and Solskjaer credits a more upbeat attitude as one of the reasons why.

“He looks happier. He is an infectious boy, his smile and sense of humour, you can see he is happy here and that rubs off on everyone and it’s great to see,” Solskjaer said. “But it’s the whole mood.

"I think it’s a miles better group that we have now – the camaraderie, the attitude of the boys, the selflessness, the humility.

"We are getting closer to what we want to see every day, that culture, the performance in training, the way they prepare for games.”

Manchester United are set to take on Bournemouth on Saturday.