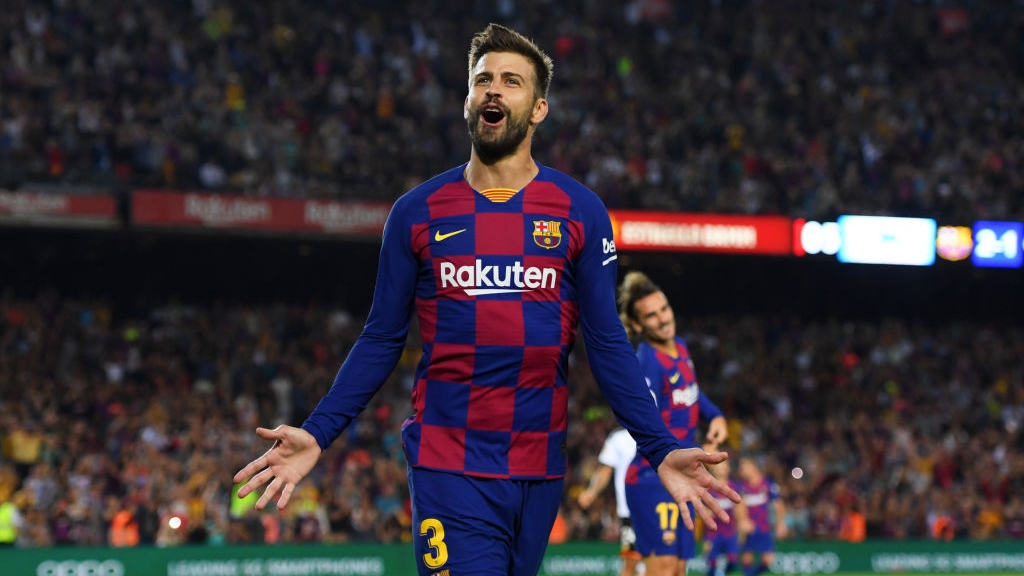 The 32-year-old has been turning heads in Spain since signing for the Catalans in 2008 and while not always the most popular figure, has learned to shine in the face of hate.

In fact, since making his La Liga debut, the Spaniard has won the competition eight times and claimed three Champions League crowns in the process.

Pique revealing a key ingredient to his success has been his ability to channel the negative energy of those that don't want to see him do well.

"Having people against me motivates me even more, I think that the better you play, the more they are bothered," Pique told Antena 3 TV show El Hormiguero.

"There was a time that when I played with the national team that they always booed me and it was my best time.

"Either you have very thick skin or it affects you. When you are young they affect you more and eventually you learn to relativise them. The world of football is very much about results, if you lose they criticise you and if you win they praise you, even if you have not played well.”

Born and raised in Catalonia, Pique is a proud Barcelona man and takes the club's rivalry with Real Madrid seriously.

"I've never put on a Real Madrid shirt," he said. "Some times I've swapped for one at the end of a game but not worn it."

While still performing on the pitch, Pique is keeping busy away from football and founded sports and media investment group Kosmos in 2018.

The company recently acquired the rights to the Davis Cup - a tennis competition Pique's group are looking to transform. Though seen as a way to attract more interest in the tournament, not everyone is happy with the planned changes.

Pique however is adamant it will be a success for both players and fans.

"The best in the world will be there, like Nadal, Djokovic or Murray and it will be a great experience for both tennis players and fans."

It's been a turbulent start to the season for Barcelona with the club currently second in La Liga have lost their opening game to Athletic Club.