Bayer Leverkusen star Kai Havertz has been compared to Mesut Ozil and Michael Ballack by Owen Hargreaves, with the former Bayern Munich midfielder sure the youngster would thrive in the Premier League if he moved to England this summer.

The 20-year-old scored twice as Leverkusen marked their return to Bundesliga action with a 4-1 win over Werder Bremen on Monday.

Havertz has now scored nine goals and laid on seven assists in 14 games since the turn of the year, leading him to be linked with transfers to the likes of Bayern Munich, Chelsea. Manchester United and Liverpool.

And Hargreaves believes that he is as talented as other young Bundesliga stars Erling Haaland and Jadon Sancho while admitting he would like to see him join his own former side Bayern.

"He is special," BT Sport pundit Hargreaves told  Goal . "He is the next one. I think all the best German players stay in the Bundesliga for a while and then they go to the Premier League or Barcelona or Real Madrid.

"Marc-Andre Ter Stegen, Toni Kroos and Mesut Ozil all travelled and did well. These Bundesliga talents are in high demand as they are well schooled and good professionals. He is the next one.

"All eyes are on Haaland and Sancho but Kai Havertz is the one from a German perspective. He is special and he is like a hybrid of Michael Ballack and Mesut Ozil. That says a lot in terms of his goals and elegance.

"He is a super player and I think many fans will be watching him from England’s top six and thinking that a guy like him is good enough to go to their teams. He could play at Liverpool, Man United or Man City.

"I think anyone watching him this weekend [against Borussia Monchengladbach] will say sign him up. I would love to see Havertz go to Bayern but I think anyone would want him in their team."

Bundesliga is regarded by many as the ideal finishing school for talented young players, with coaches in Germany willing to give more opportunities to less experienced players than those in Europe's other top five leagues. 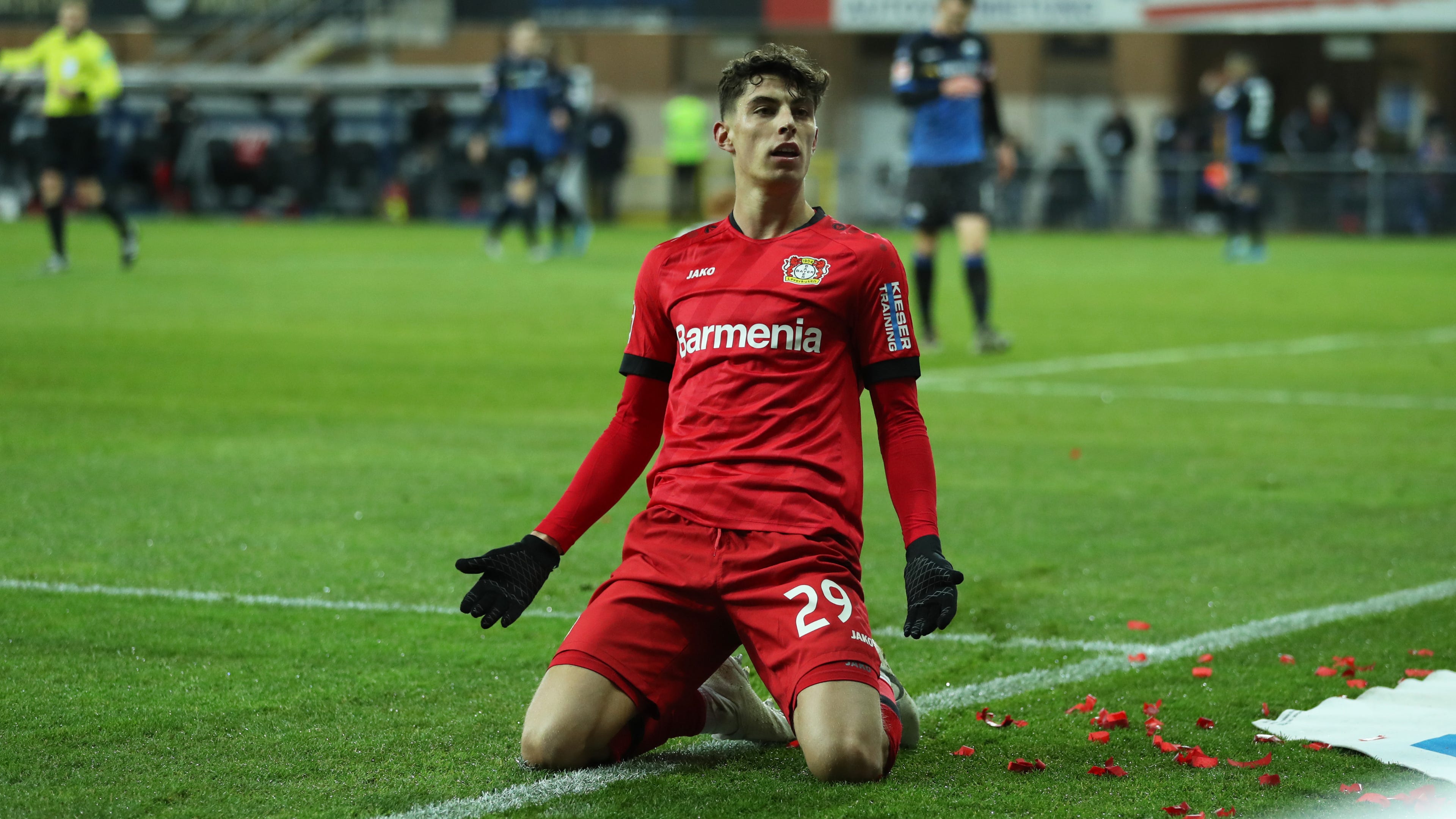 Haaland's agent, Mino Raiola, recently admitted that had the Norway striker joined Juventus rather than Borussia Dortmund then he would have been played in the Bianconeri's Under-23s side .

And ex-England international Hargreaves insists that Havertz - who has already made 140 appearances for Leverkusen since making his debut at the age of 17 - will need to join a club where he is guaranteed to be given first-team opportunities.

"He has got to get it right and I think that the more he plays football the better," he said. "It is hard to go to Man City and play right away, which is what saw Jadon Sancho sold. It is hard to go to a great team like Liverpool and start.

"He is very special and he has just got to play. He can make a move at 21, 24, or 26. Sadio Mane and Mohamed Salah have always been great players but would they have shown it at Liverpool at 21? It is pretty unrealistic.

"I think his development is ahead of 99 per cent of players, but I don’t think he should go to a top team yet as he might stunt his development. He is at a good team and the manager Peter Bosz plays to his style. If he is going to move, it has got to be the right move.

"It has to be a club which will play him all the time. I think he will have so many options. I think he is the type of player that could fit into any team.

Mino Raiola said Juventus wanted Haaland but he would begin with the U23s. Imagine not seeing him this weekend? That would have almost been a crime watching him at Dortmund. The boys have to pick their next step."

BT Sport is the home of the German Bundesliga with live coverage of every game for the rest of the season. Watch on TV, the app or with the BT Sport Monthly pass www.bt.com/sport/monthly-pass .