Cristiano Ronaldo may have added newborn twins to his family, if rumblings in his homeland are to be believed, though the Real Madrid star himself has yet to make any announcements.

The reports, which at the moment have not been confirmed, claim Ronaldo's new little boy and little girl, named Mateo and Eva, respectively, came into the world on Thursday.

There had been speculation over whether the 32-year-old's current girlfriend Georgina Rodriguez had fallen pregnant after Ronaldo shared a curious Instagram post, but she showed little signs of a baby bump – never mind two – as she joined in the celebrations for Madrid's recent Champions League victory. 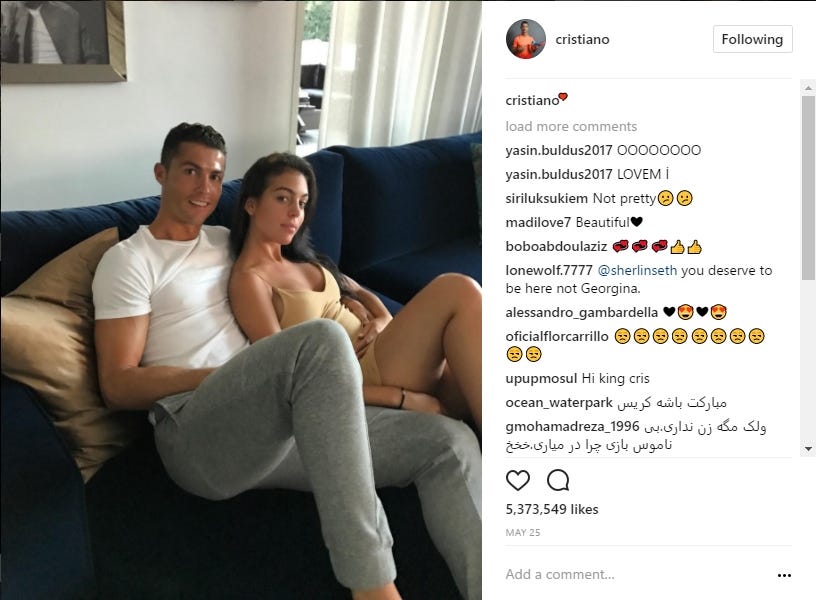 With Rodriguez seemingly ruled out, it is being claimed by Portuguese outlet SIC that Ronaldo used a surrogate mother to carry his children.

It would not be the first time the four-time Ballon d'Or winner has been linked with a surrogate either, with very little other than speculation being known about the origins of Ronaldo's son, Cristiano Jr., who is now six.

Will the youngster soon have two little siblings to grow up with? We'll wait for Ronaldo himself to tell us for sure.