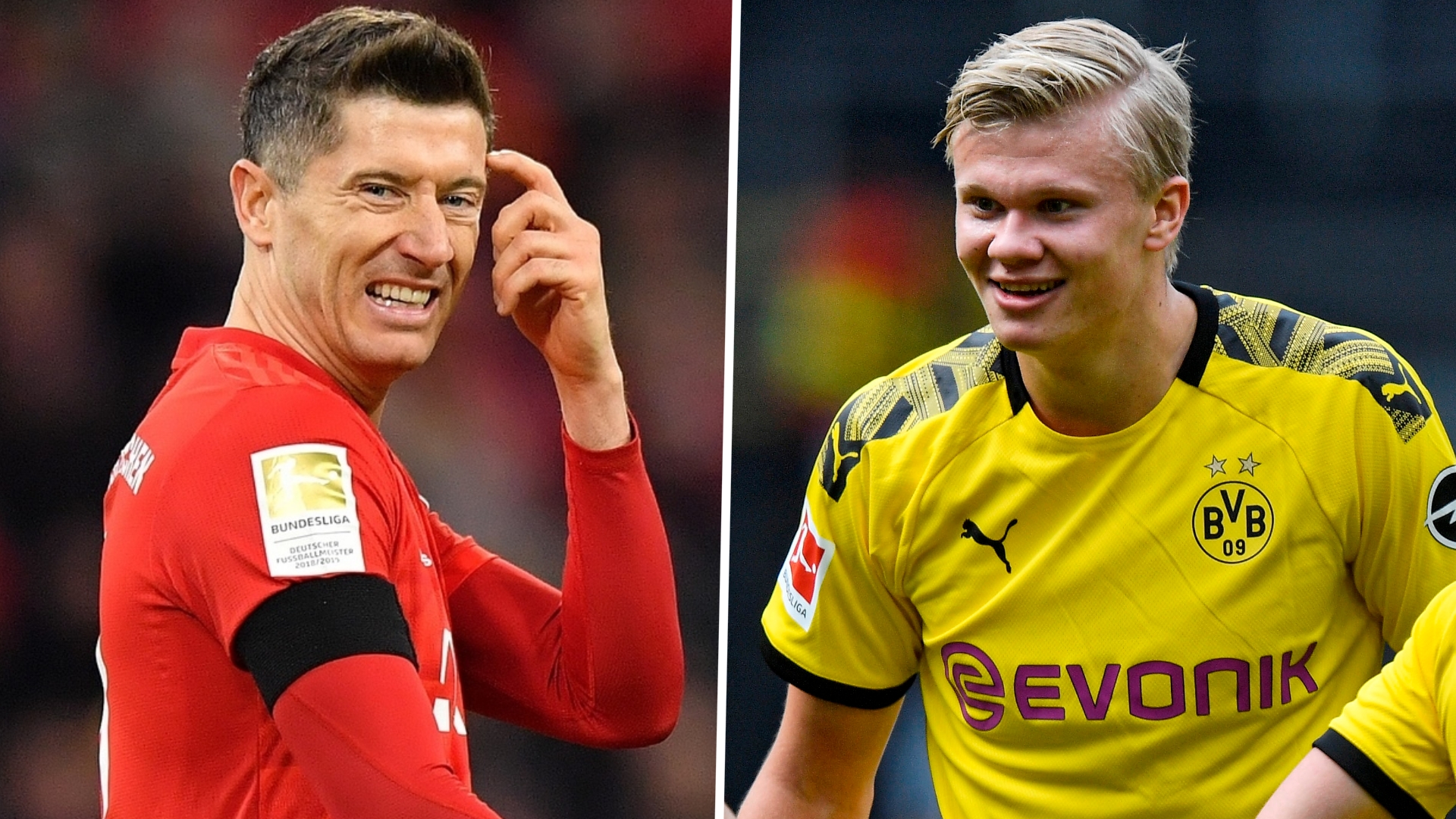 The goalkeeper believes it won't be long until the Norwegian is on par with his rival, who scored 55 goals in 47 appearances last season

Haaland quickly established himself as one of the Bundesliga's top strikers last season after moving to Dortmund from Red Bull Salzburg in January, scoring 16 goals in 18 games.

Still just 20, big things are expected in the future from the Norwegian forward who is about to embark on his first full campaign with Dortmund.

After finishing runners-up to Lewandowski and Bayern in the Bundesliga last term, Haaland has called on his team-mates to match their rivals' consistency in order to finish top of the table in 2020-21.

Though Burki said Haaland isn't quite at the level of treble-winning Lewandowski yet, he predicts that it won't be long until his team-mate is right alongside the Polish star.

"Lewandowski is outstanding, Erling is not that good yet. Lewandowski has maintained this impressive level for years, but if Erling continues like this, he will quickly be at this level," Burki told Kicker.

"Physique, speed, technique - he has all the necessary prerequisites," Burki added on the Norwegian.

Haaland still has some ways to go before he reaches the level of Bayern's star man, who just finished an incredible campaign that saw him score 55 goals in 47 appearances.

Lewandowski helped lead Bayern Munich to a treble, which they sealed with a 1-0 win over PSG in the Champions League final on Sunday.

The 32-year-old was likely to be a favourite to win the 2020 Ballon d'Or had it not been cancelled due to the coronavirus pandemic.

After a stellar campaign many, including Bayern legend Lothar Matthaus, believe Lewandowski to be the best footballer in the world at present.

Matthaus told Sky Deutschland of Lewandowski: “Top scorer in the Bundesliga, the DFB-Pokal and the Champions League. The best footballer in the world is Lewandowski. Period.

“When you see what this trophy means for this wonderful centre-forward, how happy he was, what he gave and sacrificed for it, you know what it means to him. He has worked towards this for many years. He deserved this and the title of best footballer in the world.”