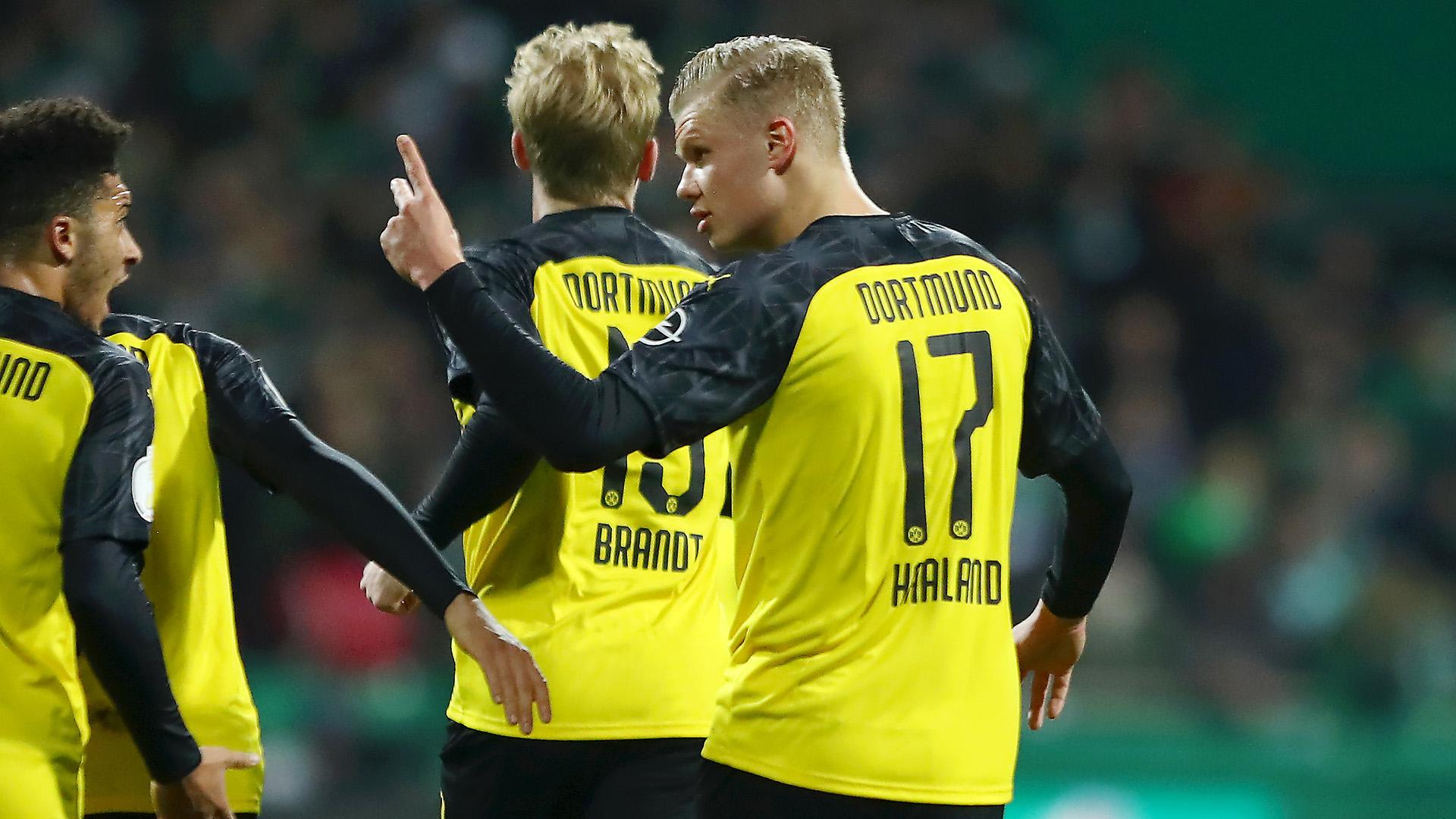 Despite having played just four matches and started on one occasion, the Norwegian hotshot is already nearing double figures

Borussia Dortmund wonderkid Erling Haaland was amongst the goals once more on Tuesday as the Norwegian set a new German record with his latest strike.

Haaland joined BVB from RB Salzburg in January, with the club originally looking to ease him into first-team action.

But the forward had other ideas, and has quickly made himself a firm favourite at Signal Iduna Park thanks to his incredible exploits in front of goal.

Dortmund first fielded their new signing off the bench in the opening round of the Bundesliga following the mid-season winter break against Augsburg, and he responded with a hat-trick to turn round a 3-1 deficit and lead his side to victory.

The following weekend saw Haaland once again make his mark, this time with a double off the bench to down Koln, and he marked his first start with another hat-trick as Union Berlin were blown away 5-0 on February 1.

While Haaland returned to the bench on Tuesday, he was in no mood to let that incredible scoring run end in the DFB Pokal.

The Norwegian entered in the second half with Dortmund trailing 2-0 to Werder Bremen and needed just over 20 minutes to get his name on the scoresheet.

It was his eighth goal in just four appearances in Germany, and marked a new landmark in the process.

8 - @ErlingHaaland is the first player ever to score 8 goals in his first 4 appearances for a #Bundesliga club. Dream. #Haaland #SVWBVB pic.twitter.com/KBJSwnftv1

No player in Bundesliga history had previously managed as many strikes in their first four games with a club, and the record is even more impressive when considering the fact that Haaland has started just one of those matches, and indeed is yet to complete a full 90 minutes in Dortmund colours.

Then again, breaking records is nothing new for the 19-year-old phenomenon.

Last summer he smashed no less than nine goals past Honduras as his Norway team racked up a 12-0 win in the Under-20 World Cup, with both Haaland's haul and the winning margin historic bests in the tournament.

And in the first half of the 2019-20 season he helped himself to 28 in just 20 Salzburg appearances, including eight goals in the Champions League group stage, a mark bettered only by Bayern Munich hitman Robert Lewandowski so far.