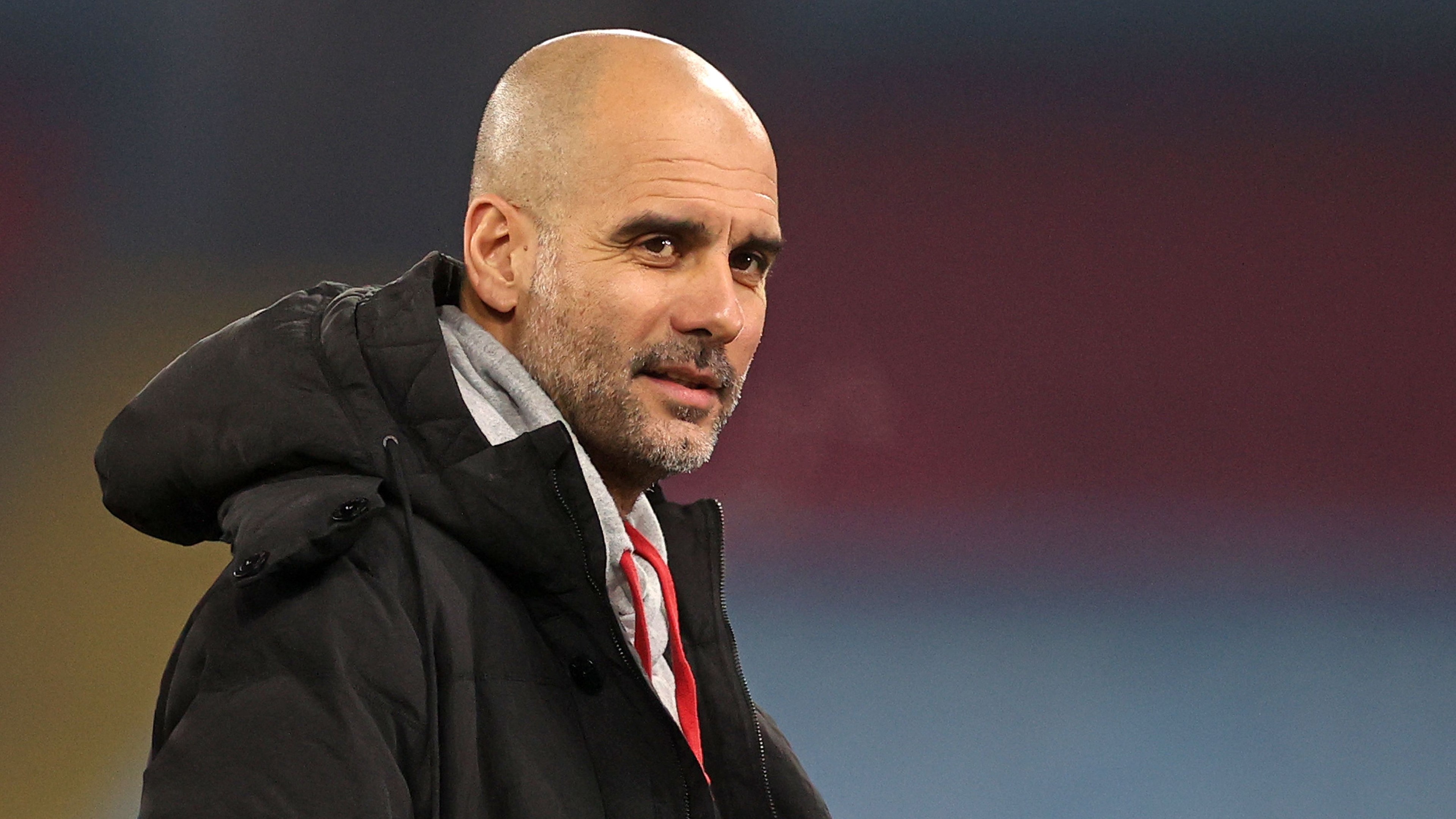 The Blues remain on course to land four pieces of silverware in 2020-21, but their manager is eager to point out that they have won nothing yet

Pep Guardiola says his Manchester City class of 2020-21 will remain the worst of his spell at the Etihad Stadium until they win a trophy.

Four pieces of silverware remain up for grabs this season, with the Blues looking to chase down a historic quadruple.

Premier League, FA Cup, Carabao Cup and Champions League crowns are there to be shot at by a star-studded squad, but Guardiola is reluctant to give his players big billing until tangible success has been enjoyed.

Quizzed on where his current side rank on a list of trophy-winning teams from his recent past, Guardiola told reporters: “Right now, it (the team) is worse than the previous ones as those teams won the lot and they’ve won nothing this year.

“We are waiting for results, titles we can lift, that’s why the previous Man City won and this team still have to prove it.”

How is City’s quadruple bid going?

The Blues remain in complete control of the Premier League title race this season, with a 14-point lead held over the chasing pack.

A fourth successive Carabao Cup final will be graced in April, while an outing against Everton on Saturday will offer City a shot at the FA Cup quarter-finals.

Prior to that, Guardiola’s side have the second leg of a Champions League last-16 encounter with Borussia Monchengladbach to take in – with a 2-0 aggregate lead held in that contest.

Can City complete a clean sweep?

Anything is possible from this stage, with the likes of Bernardo Silva and Oleksandr Zinchenko talking up the Blues’ claims to a quadruple.

Guardiola has, however, sought to rein in expectations by saying in response to comments from his players: “I am older than Mr Zinchenko, I have more experience and I don't agree with him.

"Four titles has never happened [in England] before and I think it is not going to happen. We just think about the next one and then Goodison Park.

"Hopefully the players can come back safe and well from the international break because we play for important things."