The Man City boss' long-time No.2 is finding his time in Rio more of an ordeal than an adventure, capped by Thursday's 5-0 humiliation in Quito

Alongside the trophies that poured into Camp Nou during his four-year reign on the bench, the famous Manita stands as one of the symbols of Pep Guardiola's Barcelona tenure.

On November 29, 2010, Real Madrid were subjected to a painful 5-0 reverse by their arch-rivals, the humiliation completed by by the infamous five-fingered gesture offered by Gerard Pique at the end of the Clasico.

Among Pep's support staff in Camp Nou that day was Domenec Torrent; his long-time assistant who this year struck out in uncharted territory to take the vacant job at Brazilian giants Flamengo.

If the Spaniard does not act fast, however, his time in Rio de Janeiro may also be remembered for a Manita , though this time he was on the receiving end.

Nobody in the Independiente del Valle squad marked Thursday's bruising Copa Libertadores thrashing with their hands, but the result was just as humbling - if not more so - for the defending South American champions as it was for Jose Mourinho's charges almost a decade ago.

The doubts had already been growing around Torrent's stewardship at the Mengao. Having tasted almost unprecedented success under predecessor Jorge Jesus, Flamengo's notoriously massive, vociferous support have grown unaccustomed to setbacks.

Since Pep's ex-assistant and the former New York City FC boss took over, those have become far more commonplace.

Torrent kicked off his Brazilian adventure with back-to-back Serie A defeats to Atletico Mineiro and Goias, meaning he began with as many league losses as Jesus recorded in his entire 12 months at the club during which he took Flamengo to an historic Brasileirao/Copa double.

The club recovered from that horrendous start to the delayed 2020 campaign, recording five wins and two defeats in their next seven outings to claw their way back up the table, even if the football on offer was far from open, exciting play witnessed with Jesus on the bench.

In the past week, however, the vultures have once more convened over the coach's head, and for good reason.

A timid 2-0 loss to Ceara was followed by catastrophe in the altitude of Quito: a 5-0 defeat to tiny Copa Sudamericana holders Independiente, whose motley collection of seasoned veterans, journeymen performers and exciting young talent, such as teenage sensation Moises Caicedo, played Flamengo off the park.

The hosts could even have won by a greater margin, such was their dominance over the 90 minutes. 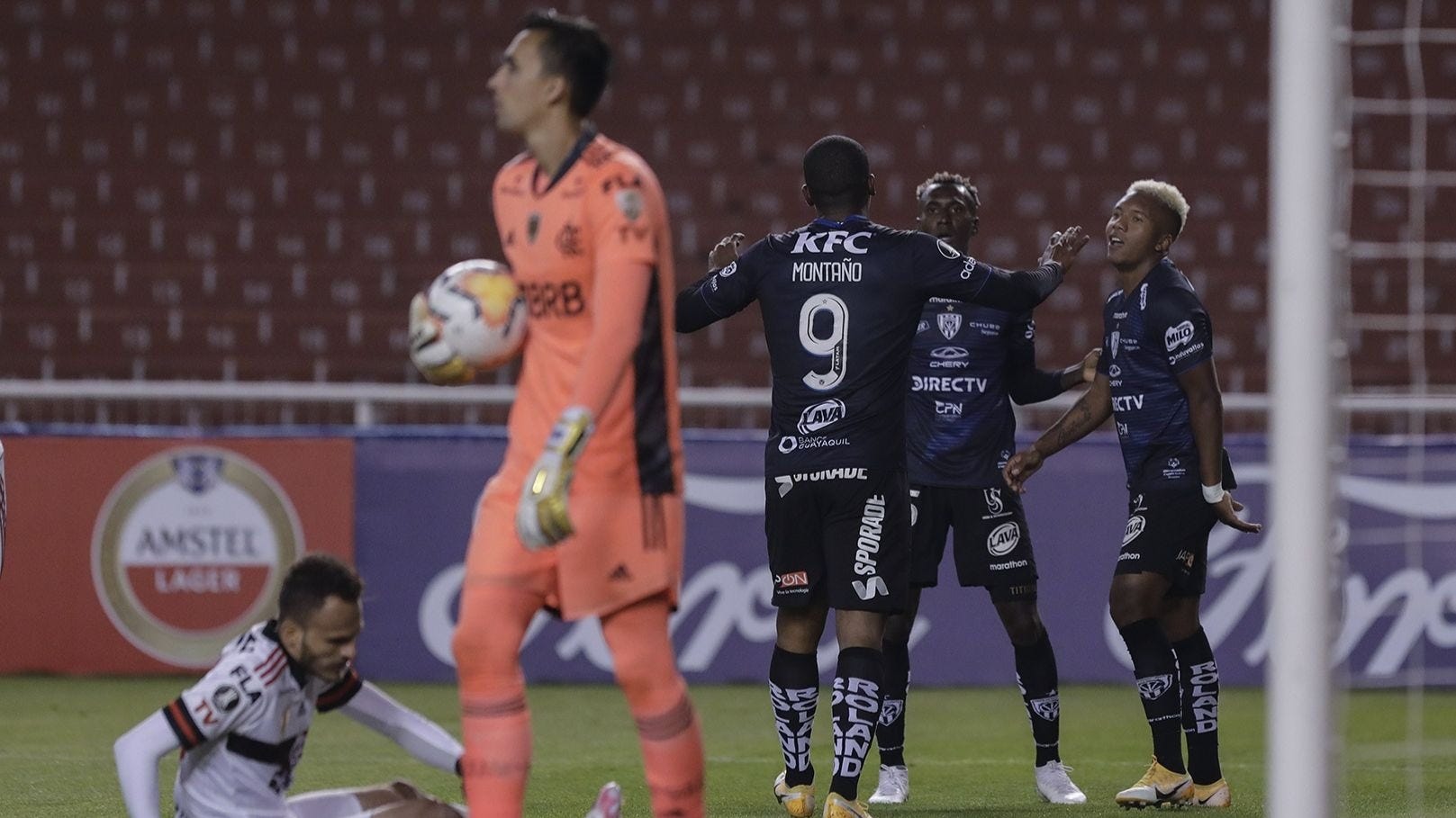 The Ecuadorians are no pushovers, of course, having won South America's version of the Europa League last year and, back in 2016, shocked Boca Juniors and River Plate to reach the Libertadores final.

The dizzying effects of Quito's near-3000m elevation also make the capital a daunting stop for any team used to playing closer to sea level.

Still Flamengo, who possess one of the most expensively assembled sides on the continent, had no right to capitulate against their modest opponents.

To put the result in perspective, the Flamengo squad, including the likes of Gabriel 'Gabigol' Barbosa, Rafinha, Filipe Luis, Chile international Mauricio Isla and Uruguay sensation Giorgian De Arrascaeta, is valued at an estimated €123 million (£113m/$145m); a figure 10 times superior to Independiente's.

It was a rude awakening for Torrent in his first-ever taste of the intensely competitive South American competition, but while the coach is far from the only one to blame for his side's pathetic showing in Quito, he compounded matters after the game by trying to play down the importance of the Mengao's worst Copa Libertadores defeat in history.

“I know it is the worst result, a disaster, but it's only three points,” the coach argued after the game to reporters. “We will try to bounce back for the next game.”

To further Flamengo's misery, six first-teamers subsequently tested positive for Covid-19 and will miss their second visit to Ecuador in five days, albeit in the slightly more forgiving environment of coastal city Guayaquil against Group A's point-less whipping boys, Barcelona. 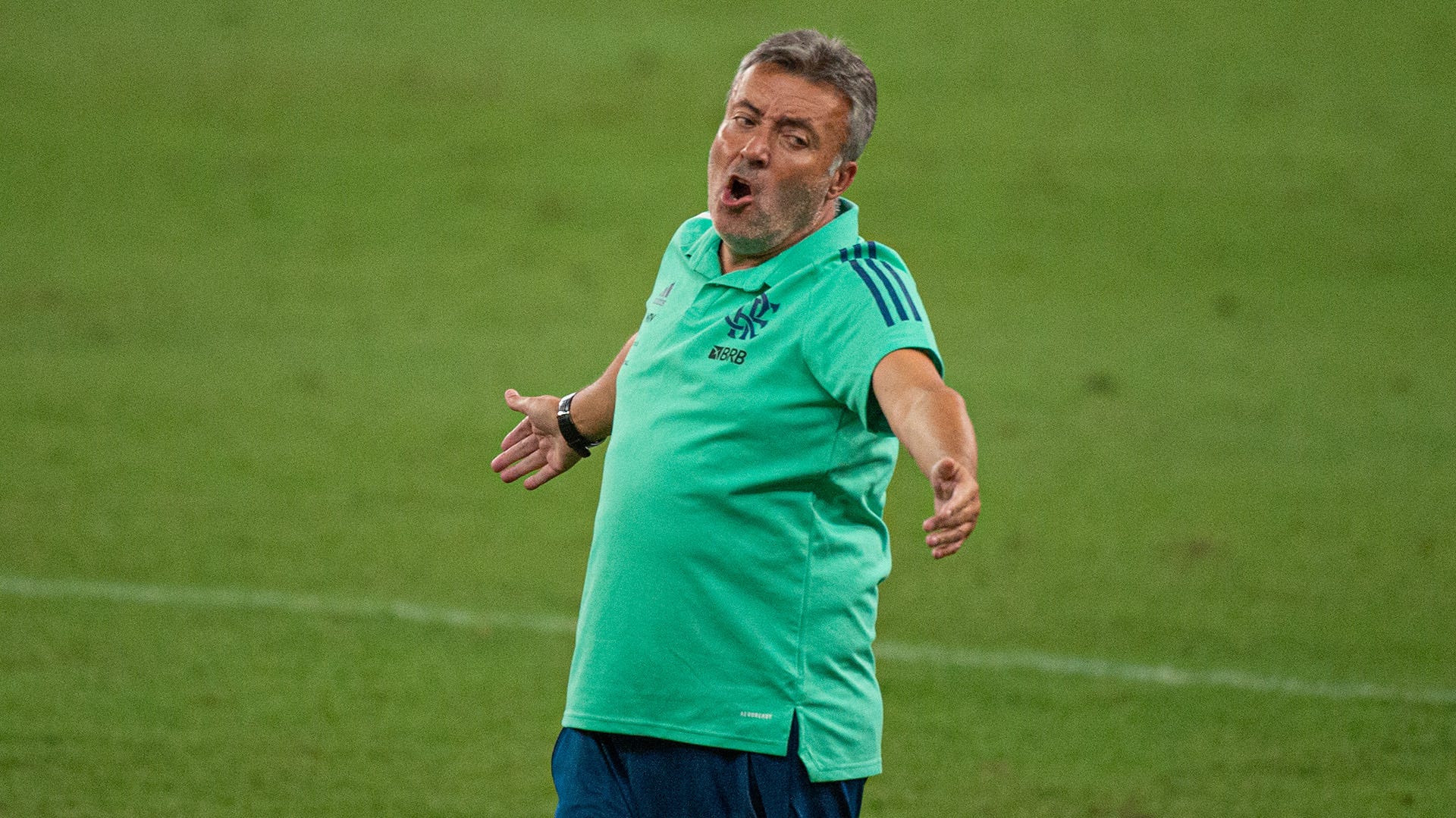 Coaching in the Brazilian top-flight has long been one of football's more hazardous postings. Desperate for success, club presidents chop and change managers with almost reckless abandon; the concept of an adaptation period and allowing time for new ideas to take shape is not one that translates easily this side of the Atlantic.

Torrent came to Rio with the desire to take South America's best team and turn them into a Tiki-Taka machine in the best traditions of his mentor Guardiola.

What he has found, though, is a squad far more comfortable with the direct diagonal balls, fluid tactical instructions and breakneck offensives of Jesus, and no little resistance to any overhaul to a recipe that had yielded such spectacular results prior to his arrival.

Such a process was obviously not going to happen overnight, but it is still surprising just how quickly momentum has turned against a man whose appointment was greeted with no little enthusiasm barely two months ago.

As early as in mid-August reports in Brazil began to circulate that Torrent's players, exasperated by his focus on complex theory and chalkboard diagrams, pleaded with him to just let them out on the training field and start playing together.

Renowned ESPN journalist Mauro Cezar Pereira savaged Flamengo's efforts following Thursday's thrashing, pointing the finger of blame firmly at their coach: “I feel that he is still yet to understand how things work and the pressure he is under."

“Maybe now he will start to understand. If he doesn't now, he never will.” Zinho, a World Cup winner with Brazil in 1994 and Flamengo legend, added his voice to the growing army of critics when speaking to  FoxSport : “I have a lot of respect for Dom, he had a great run with Guardiola and has only just started his solo career.

"But I wouldn't have hired him. I think his appointment was a mistake and not because he just got beat 5-0. 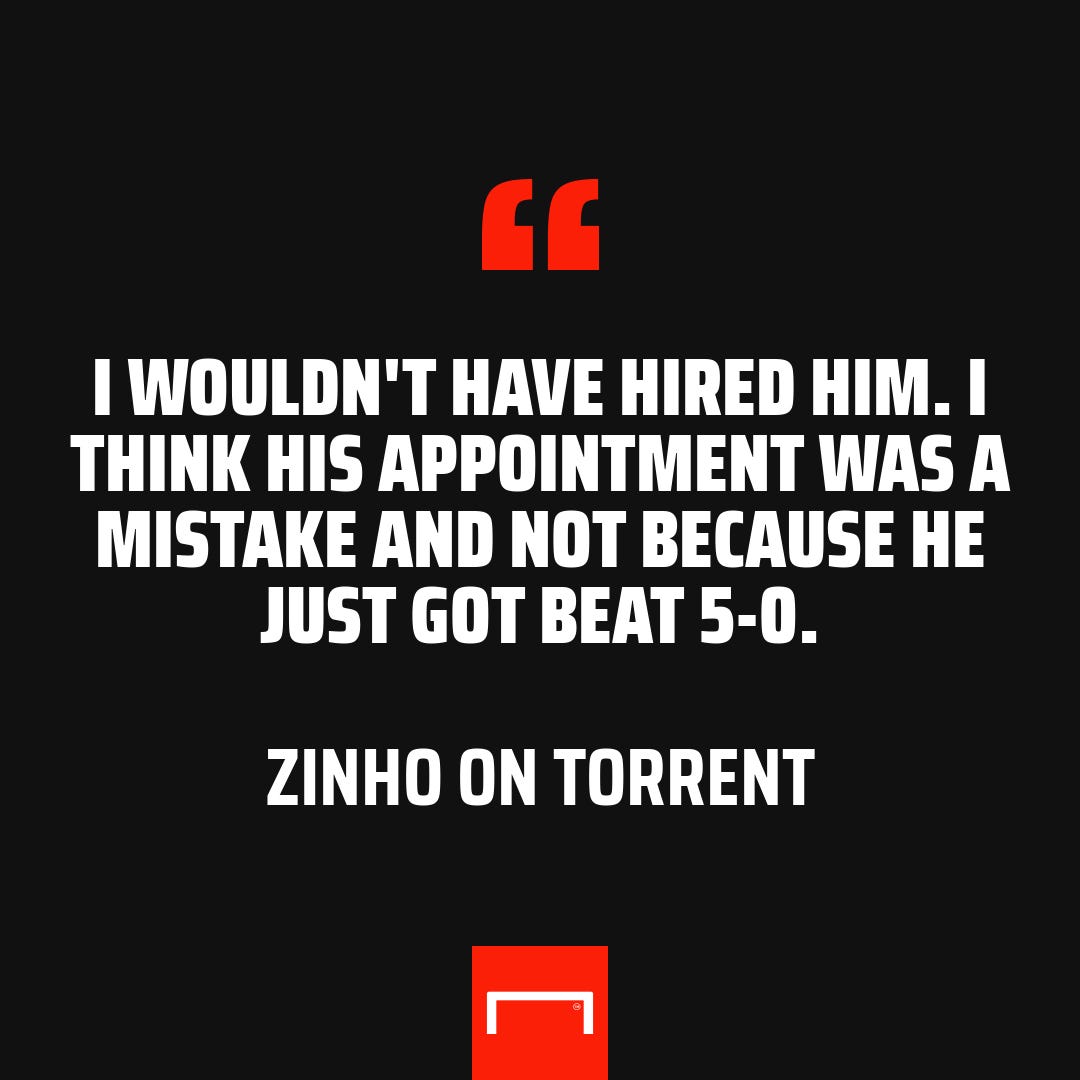 “I am all for having a project and giving it time for the hard work to pay off, but in this case Flamengo already had a squad set up, a structure and they went looking for a novice coach in an unfamiliar country.

"On top of that, he replaced for many the best coach Flamengo have ever had, Jorge Jesus. There's no way he can fit in.”

Jesus too, of course, was an outsider when he entered the Flamengo dressing room for the first time back in July 2019.

But the Portuguese, with the admitted advantage of working in his native tongue, proved a breath of fresh air in the notoriously closed-off world of Brazilian football, tempering the concepts he brought over from the Old World - most notably a strict disciplinary regime that shocked many Mengao regulars at first - with pragmatic nods to his players' own strengths and desires on the pitch.

Jesus took Brazil by storm and proved that a non-national, even non-South American, could understand the local game and thrive. Torrent, though, has not given off any of those signals, with the result that every game from this point onwards could prove his last.

Barring a meltdown that not even the most pessimistic observer would confidently predict, Flamengo should still seal their place in the Libertadores last-16, having picked up two wins out of two in their first outings back in March.

That is the bare minimum expected of the star-studded side, however, and unlikely to buy Torrent much more time in the hotseat. On Sunday, Flamengo visit in-form Palmeiras, and a loss there would also ratchet up the pressure on the coach's shoulders.

The Catalan needs victories both at home and in the Copa, and fast. But perhaps even more importantly, he faces a stark choice: persist with the Tiki Taka which has fallen so flat, or compromise his ideals in the search for results and precious breathing space.

Whatever the outcome, the Quito Manita will loom over his head for months to come as one of the lowest points in Flamengo's illustrious history.