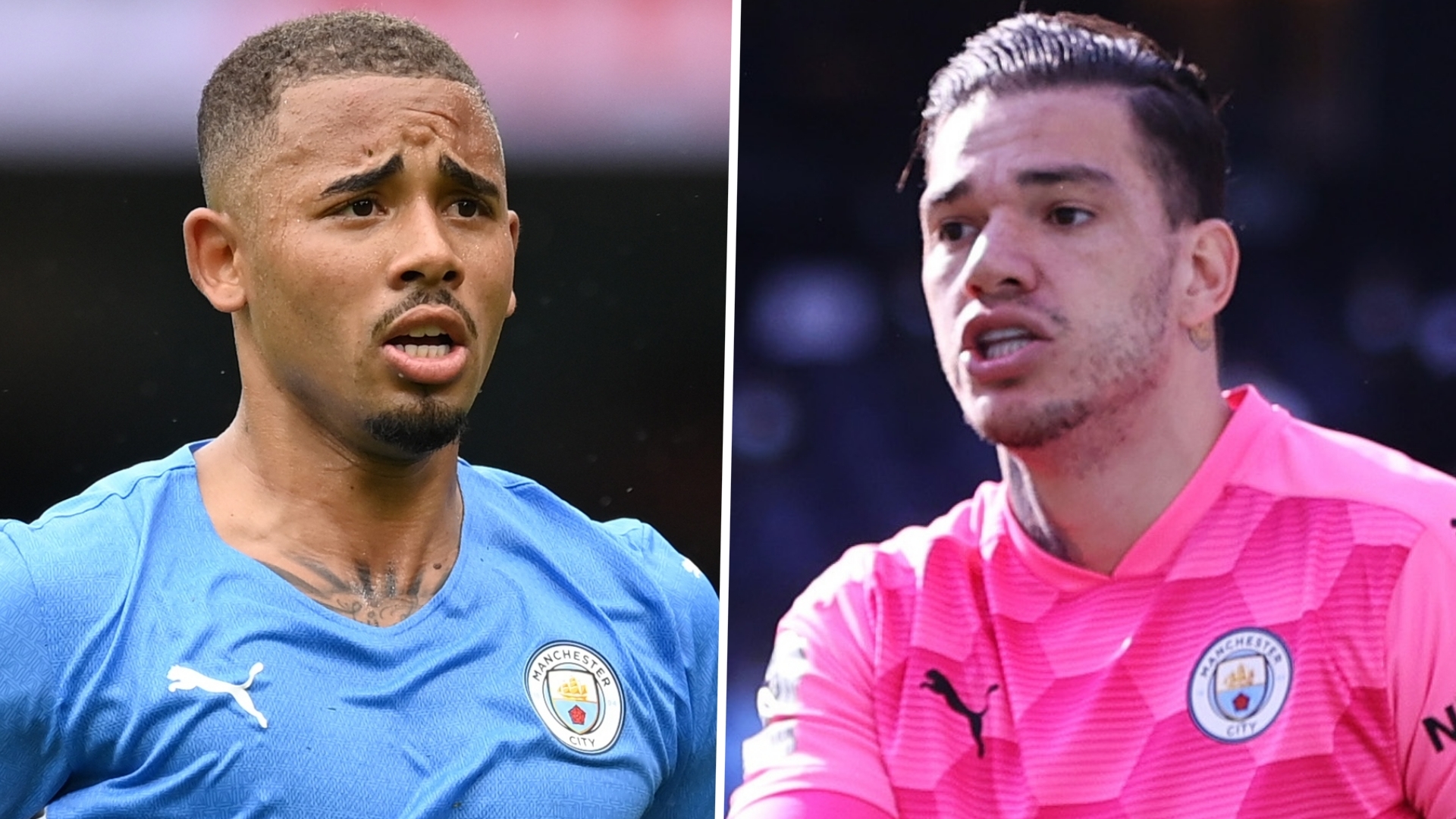 The Brazil internationals are neither in or out of Pep's plans, with the pair already in Belgium prior to a meeting with Club Brugge

Pep Guardiola is yet to rule Ederson and Gabriel Jesus in or out of his plans for Manchester City’s Champions League clash with Club Brugge on Tuesday, but a couple of Brazil internationals are already in Belgium.

On the back of World Cup qualifying duty with their country, two South American stars were advised against returning to England where they would be forced to quarantine for 10 days.

They were instead told to report early for continental competition, with Guardiola and the rest of the Sky Blues squad set to jet out and join them on Monday evening.

Asked for updates on Ederson and Jesus ahead of a meeting with Club Brugge, Guardiola told reporters: "We see the protocols, they couldn't land here unless they isolate [for] 10 days.

“We will join them tonight in the hotel. Tomorrow they do the preparations, maybe play, maybe not. They come back with us to Manchester for the routine daily life."

Who else is Guardiola keeping an eye on?

While hoping to have his first-choice goalkeeper and a forward with seven goal contributions this season available to him in Belgium, Guardiola does have plenty of alternative talent at his disposal.

Jack Grealish, fresh from his record-breaking £100 million ($137m) summer transfer, falls into that category, with City confident that the England international will deliver on expectations despite his slow start.

Guardiola said of the 26-year-old, who has contributed two goals and as many assists through 10 appearances so far: “Every game except Burnley in the last game was at a good level. I’m sure he will improve. I have to find his best position.

“The games he played, he played well. If he’s focused in the game, on and off the pitch, he’s strong.

“The quality in the final third, to attract many opponents, to find his mates, to score goals to win games.

“We add another one because we have many competitions. He’s a perfect age. The clubs when you are on top of the competitions for many years, the squad must be removed a little bit otherwise it is more difficult. Everyone has to feel pressure from the new ones.

“We have to do it, all the big clubs move the players. The quality comes for themselves. This is what we want from Jack and all the players we sign.”