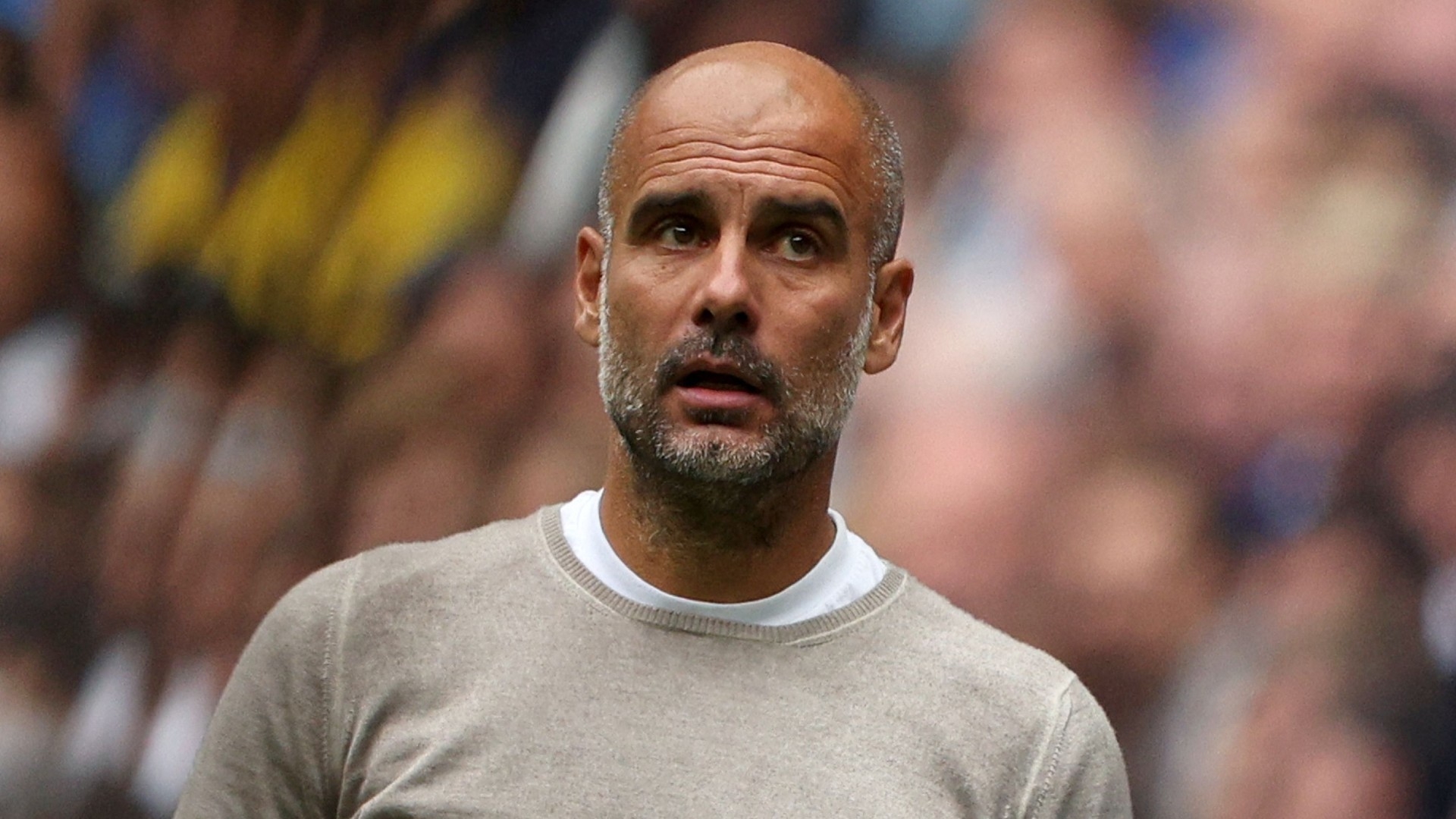 City are short of a striker after missing out on top target Harry Kane, who will remain at Tottenham, while they also pulled the plug on a move for Juventus forward Cristiano Ronaldo.

Several players, including Bernardo Silva and Aymeric Laporte, have been linked with moves away from the Etihad Stadium, but Guardiola is expecting to have the same squad after the transfer window shuts on Tuesday.

Asked about the possibility of players leaving at his press conference ahead of Saturday's Premier League clash with Arsenal, Guardiola said: "Right now, I don’t think so, but maybe it’s going to happen.

"Anything can happen, but my opinion is everything will finish like it has now and that’s good enough."

City usually get their transfer business done early in the window but there still remains an outside chance of a late deal.

"I don't know what's going to happen, it's a mystery, the transfer window this season is so weird," Guardiola added.

"There are big, big issues, the English teams have done one or two signings. Maybe the rumours are that Real Madrid are going to do something and the rest I don’t know."

City have been in the hunt for a new striker since Sergio Aguero was allowed to leave on a free transfer for Barcelona at the end of last season.

Despite making it clear that he wanted to leave Spurs, City could not agree a deal for Kane, while Lionel Messi moved to Paris Saint-Germain without the club taking an interest.

So-called super-agent Jorge Mendes offered Ronaldo to the club, but despite talks, the Premier League champions opted out of a move.

Mendes has also been trying to secure a move for Bernardo, another of his players who wants to switch to Spain.

However, there has been no offers and the Portugal international looks like he will be staying at the Etihad.