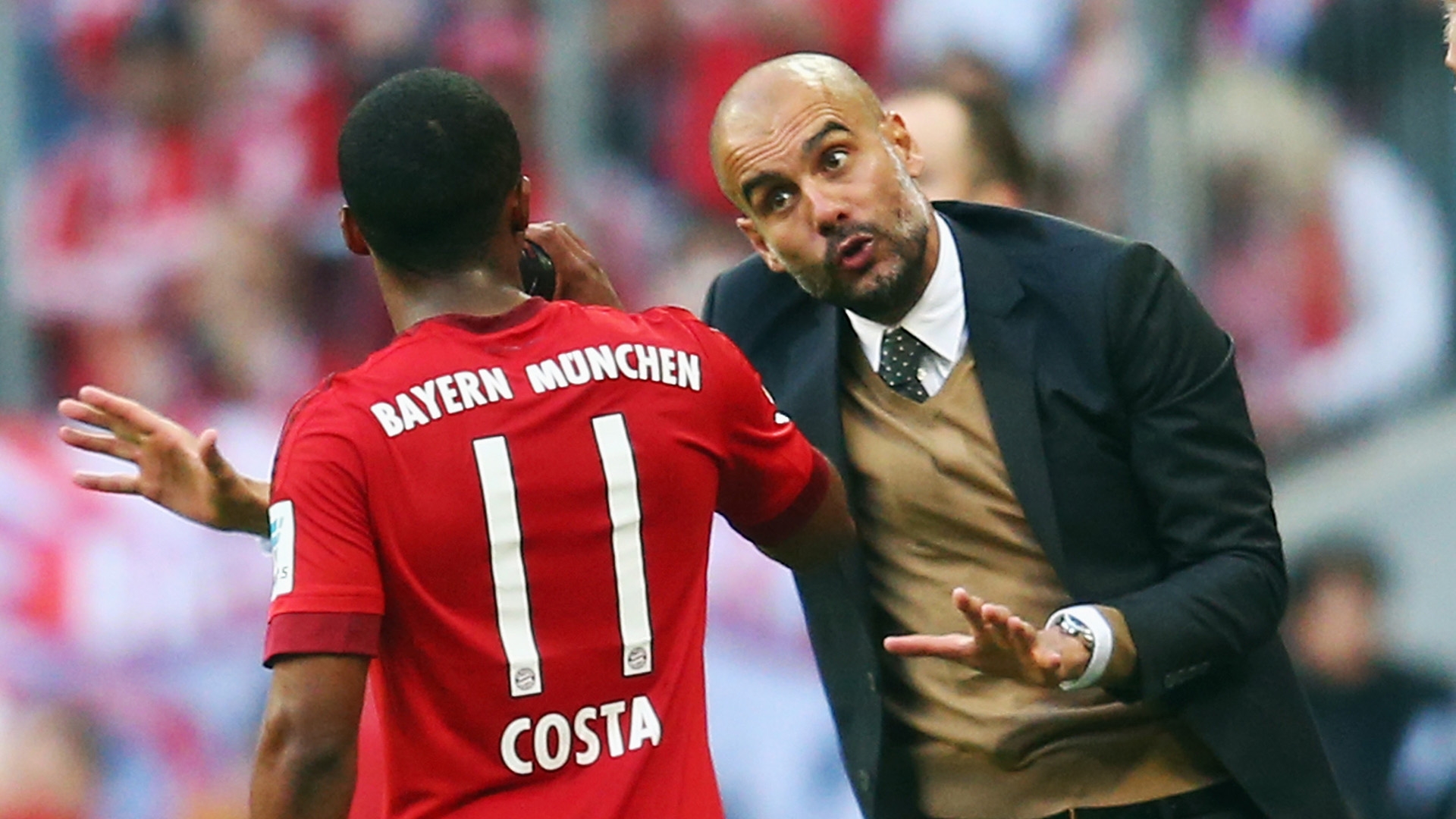 Douglas Costa has revealed that Pep Guardiola asked him if he was “ready to learn how to play football” during a phone call that preceded the Brazilian's move from Shakhtar Donetsk to Bayern Munich back in 2015.

Costa, who now plays for Juventus under Maurizio Sarri, arrived at the Allianz Arena to much fanfare after spending five years in Ukraine - the winger brought in as a potential successor to Arjen Robben and Franck Ribery.

And while Champions League glory eluded a star-studded team under Guardiola, Costa admits that the Catalan coach played a huge role in his development as he had a clear plan for unlocking his full potential.

“Guardiola was the person who made the biggest difference in my growth,” Costa told DAZN. “He allowed me to play in the right role.

“He called me and said: 'We have a plan for your career, are you coming to join us? Are you ready to learn how to play football?'. I replied: 'Yes, I'm ready'.

“It was a very sad period for me at Bayern, though. I thought we would make it,” he added, referring to lifting the Champions League trophy. “Each of us played really well. That team was one of the strongest and most technical I've ever played in.

“Of course, we also have an extraordinary group at Juve, but in that team every one of us was at the top of our game.”

Europe's top club honour remains Juventus' and Costa's main focus, with both having come close on numerous occasions in recent years. And with 'Mr Champions League' Cristiano Ronaldo leading the charge for Sarri's side, Costa fancies the club's chances.

“The club's ambition is to win the Champions League, which is why I came to Turin to live this crazy adventure of trying to win it,” he said. “We are trying – only raising that cup will give us the feeling of reaching our goal.

“I'm so focused on learning from Cristiano, we have one of the strongest players in the world in our team. And if I'm 100 per cent and [Paulo] Dybala is 100%, we can aim for a very high level.

“At the moment, I wouldn't leave Juventus for another team. You feel welcome and free, so I feel very well.”