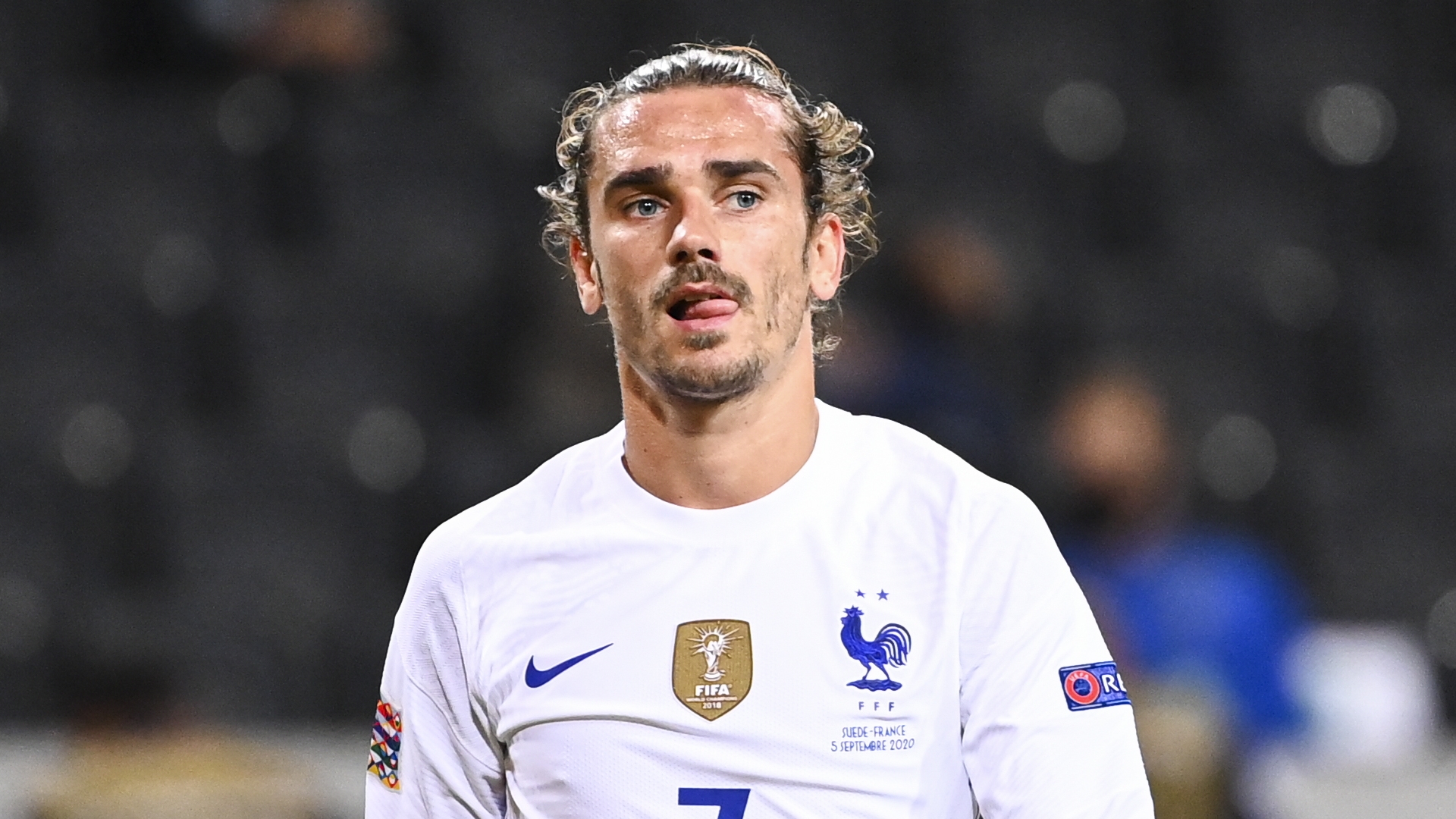 The Barcelona attacker will not be selected for Les Bleus based on past performances, says his national team coach

Didier Deschamps has said he cannot promise Antoine Griezmann a place in the France team - even though his statistics for Les Bleus look great on paper.

Griezmann has struggled to find his best form since joining Barcelona from Atletico Madrid in July 2019, both with club and country.

He was player of the tournament and top scorer at Euro 2016, and then a World Cup winner with France two years later, but at the age of 29 appears to have lost some of his spark.

Deschamps believes that can return, and on the eve of a Nations League clash with Croatia he said there is no doubting Griezmann's class, even if his most recent form has left much to be desired.

Griezmann was unimpressive in the goalless draw with Portugal on Sunday in Paris , albeit one of a host of star names who failed to live up to their billing, including Cristiano Ronaldo.

France head coach Deschamps said of Griezmann: "I know you're looking at the last game, but look at his stats: 81 caps, 32 goals, 21 assists. It speaks for itself."

He added, however: "It doesn't guarantee him anything, like some other players who could have done better against Portugal. I know his talent and what he can give to the team."

Former France midfielder Alain Giresse questioned the role Griezmann occupied against Portugal, which to his eyes was a more deep-lying position than normal.

Deschamps is aware there is plenty of talk surrounding the man who scored twice and had two assists in France's run to World Cup glory two years ago.

Griezmann's numbers were down at Barcelona last season, with his conversion rate of what Opta defines as 'big chances' a disappointing 38.46 per cent, having been 47.37 in his final year at Atletico and around 60% in each of the previous two campaigns.

"Antoine's position, I can talk about it with him, we've done it for a while," Deschamps said.

"I know very well where he's the most effective, the most influential. It's in a central position obviously. He lacks rhythm, you know why. So, he needs a bit of time, he was much better in the second half compared to the first one [against Portugal]. He's an attacking player but, as he runs a lot, sometimes he's an offensive midfielder."

Deschamps expressed his admiration of Croatia playmaker Luka Modric, who was the driving force behind his country's run to the World Cup final against France in Moscow.

"Luka Modric is a great player and Croatia are much stronger with him, he's very influential n the team, he's a leader on and off the pitch," Deschamps said.

"He didn't get the Ballon d'Or by chance. If Croatia reached the World Cup final in Russia, it's a lot because of Luka Modric. On top of that, he's someone I really like, I have met him a few times, he's a good person, very humble and honest.

"We'll watch for him, like every time we're playing against a key player. His position is not very set, but every time he has the ball, he can improve Croatia's game."