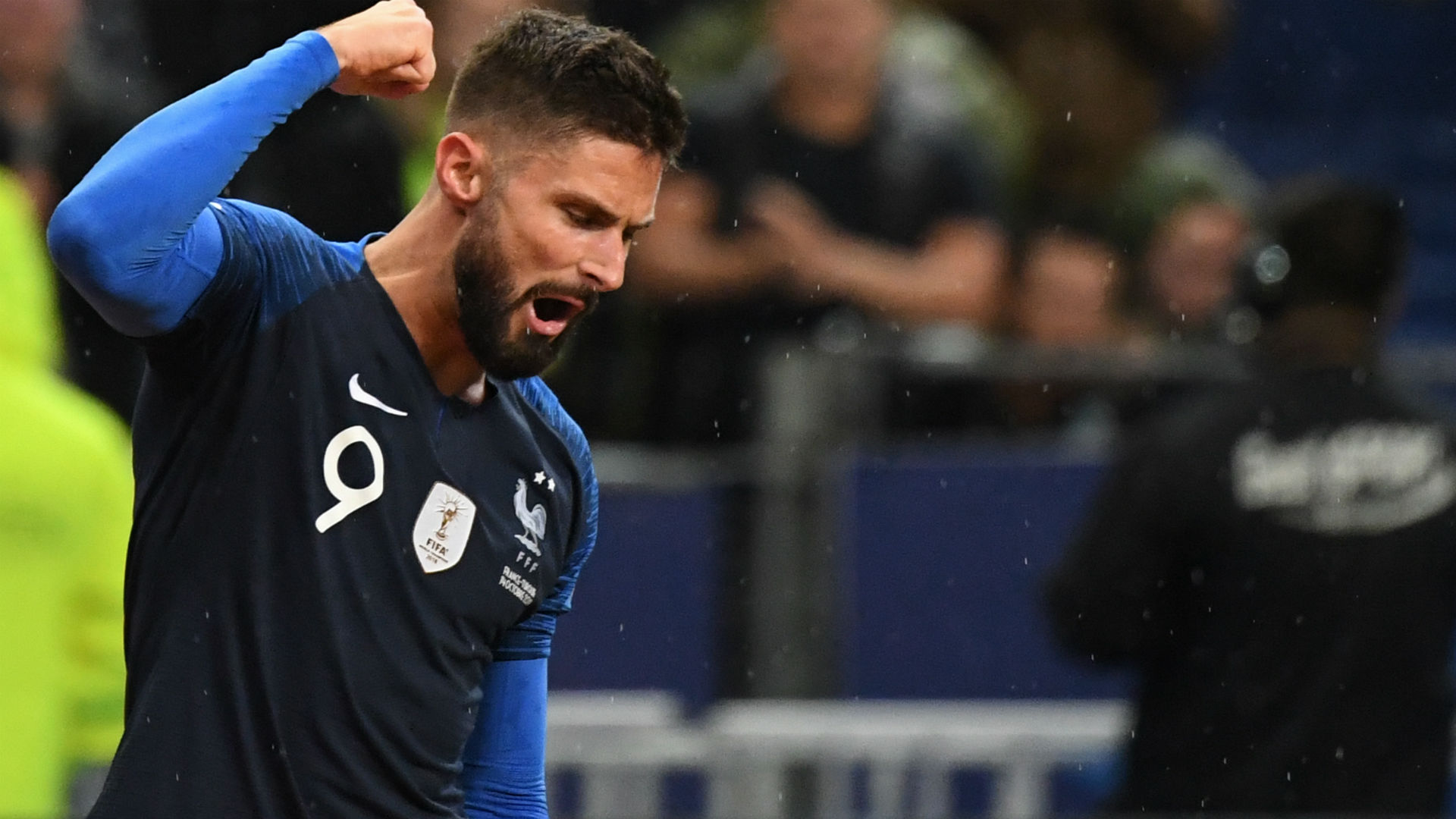 Olivier Giroud says he could leave Chelsea in January but revealed he wants to stay at the club and his priority is to fight for first-team selection.

The French striker said earlier this week that he is unhappy being a reserve with at Stamford Bridge, although he was quick to point out that he was not being critical of first-year boss Frank Lampard.

Giroud has made just three Premier League appearances this term, including only one start, having not truly sealed a starting spot under Lampard or his predecessor Maurizio Sarri.

The 33-year-old says that the fact that he is frustrated does not mean he will look to leave, however, as he says that Chelsea are still his "priority".

"I'm going to fight for my place in Chelsea. The coach knows it. And we will make the decision in January," Giroud said following France's draw with Turkey on Monday.

"If I want to leave Chelsea? Not necessarily. But if I need to make a choice... I have some beautiful years in front of me. I'm 33, I still have legs and a good healthy lifestyle and I feel good physically.

"I want to have fun and want to play more games. Chelsea is my priority, but if in the end I'm forced to make a choice, I will do it as when I left Arsenal."

He added: "[Lampard] will almost certainly watch the matches. In any case, I am going back to Chelsea pumped up."

The goal was Giroud's 38th international finish, and it was a meaningful one for the striker, who is looking to build on a strong international performance while using taht momentum to regain a spot at the club level.

"For different reasons, I have played little since the last national team break. Of course it feels good to make the difference," he said.

Chelsea are set to face Newcastle this weekend following the conclusion of the international break as the Blues sit fifth in the Premier League through eight matches.

After that, the focus will turn towards the Champions League as Chelsea take on Ajax in their next European match.