'Get out, son of a b*tch!' - PSG fans turn on Neymar amid Barca transfer rumours 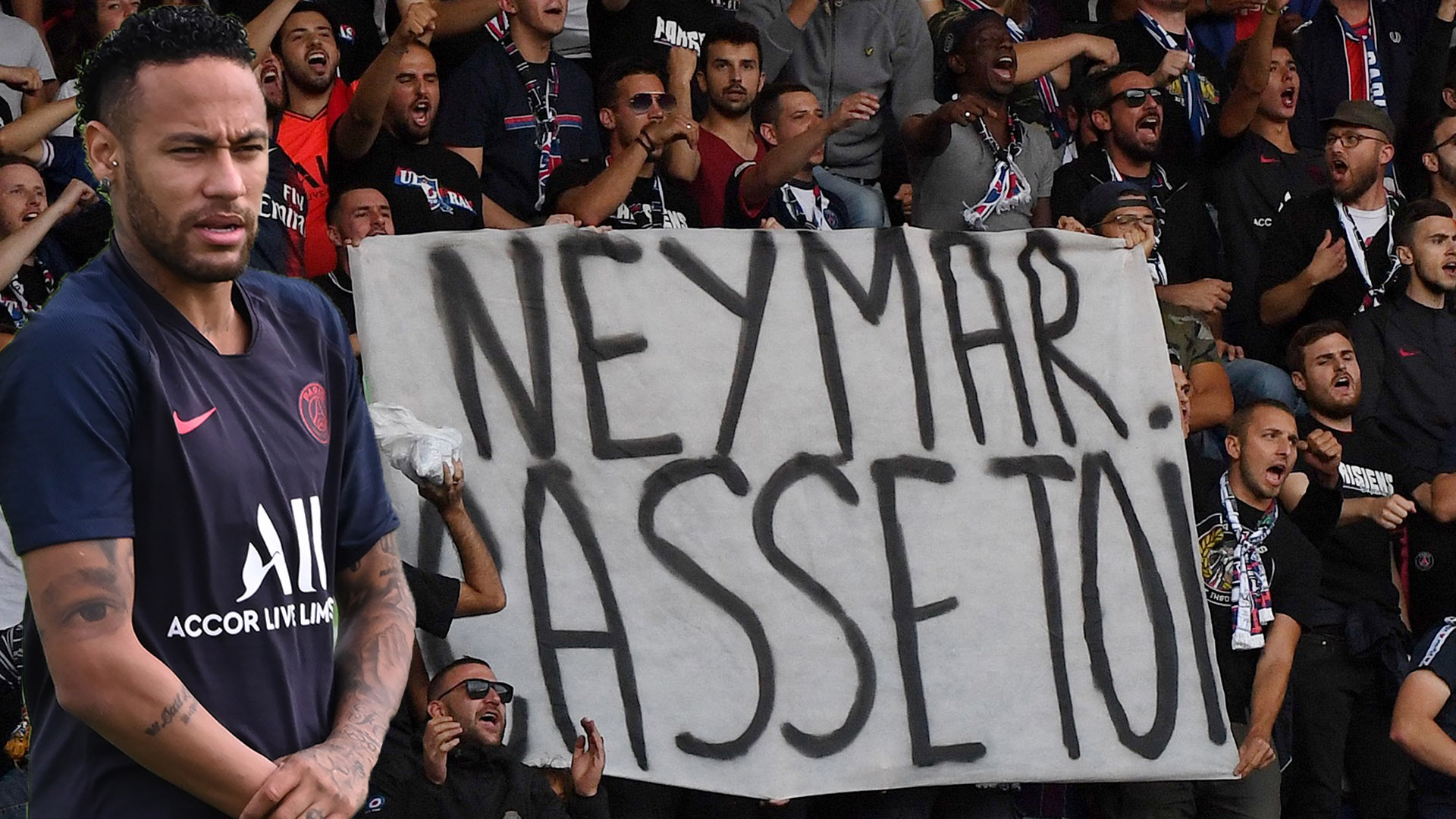 The Brazilian played no part in Sunday's clash against Nimes, but was nevertheless singled out for abuse by sections of the home crowd

Neymar may have been absent for Paris Saint-Germain's Ligue 1 curtain-raiser, but the club's fans nevertheless gave him a rough ride amid constant speculation over the Brazilian's future.

Just two years after moving to the French capital from Barcelona in a world-record transfer, Neymar has been widely linked with an exit.

Barca have emerged as the favourites to capture his signature, with their interest prompting bitter exchanges of opinions between representatives of both clubs and Neymar and his inner circle.

Sources have told  Goal  that PSG would consider an offer from Barcelona  that includes Philippe Coutinho, Nelson Semedo and a cash payment of around €50m (£47m/$57m).

The forward additionally provoked PSG's wrath by failing to turn up on time for training following the injury that kept him out of the Copa America, although his father insisted he had been granted permission to delay his return.

In the midst of the dispute, it was no surprise to see Thomas Tuchel leave him out of PSG's squad altogether for Sunday's Ligue 1 clash at home to Nimes.

But if Tuchel thought Neymar's absence might calm tensions over his transfer stand-off, the Parc des Princes faithful had other ideas.

Chants of "Son of a bitch" rang out in the stands, while there were also banners calling for the Brazilian to "Get out" of the club.

“I have no news on his future,” Tuchel said on French TV show Canal Football Club .

“He is with us. He was very decisive for us. If we lose Neymar, maybe I will not sleep. Because it would be hard to lose him and find another player who can do the same things for us. Maybe no news is good news.

“It's hard not knowing. Because I want him at home. But we have to find solutions without him too.

“I’m trying to convince him to stay. But on the other hand, it's a personal choice. It's between him and the club.”

Neymar has appeared 58 times to date with PSG, scoring 51 goals at a rate just shy of one a game as the club have lifted Ligue 1 in both his seasons.

But he has not been able to carry that sparkling form over to Europe, where the Champions League title PSG so dearly crave has proved elusive.

In both 2018 and 2019 injury ruled Neymar out of either all or part of the last-16 stage, where his side lost to Real Madrid and Manchester United to end their hopes of continental glory.