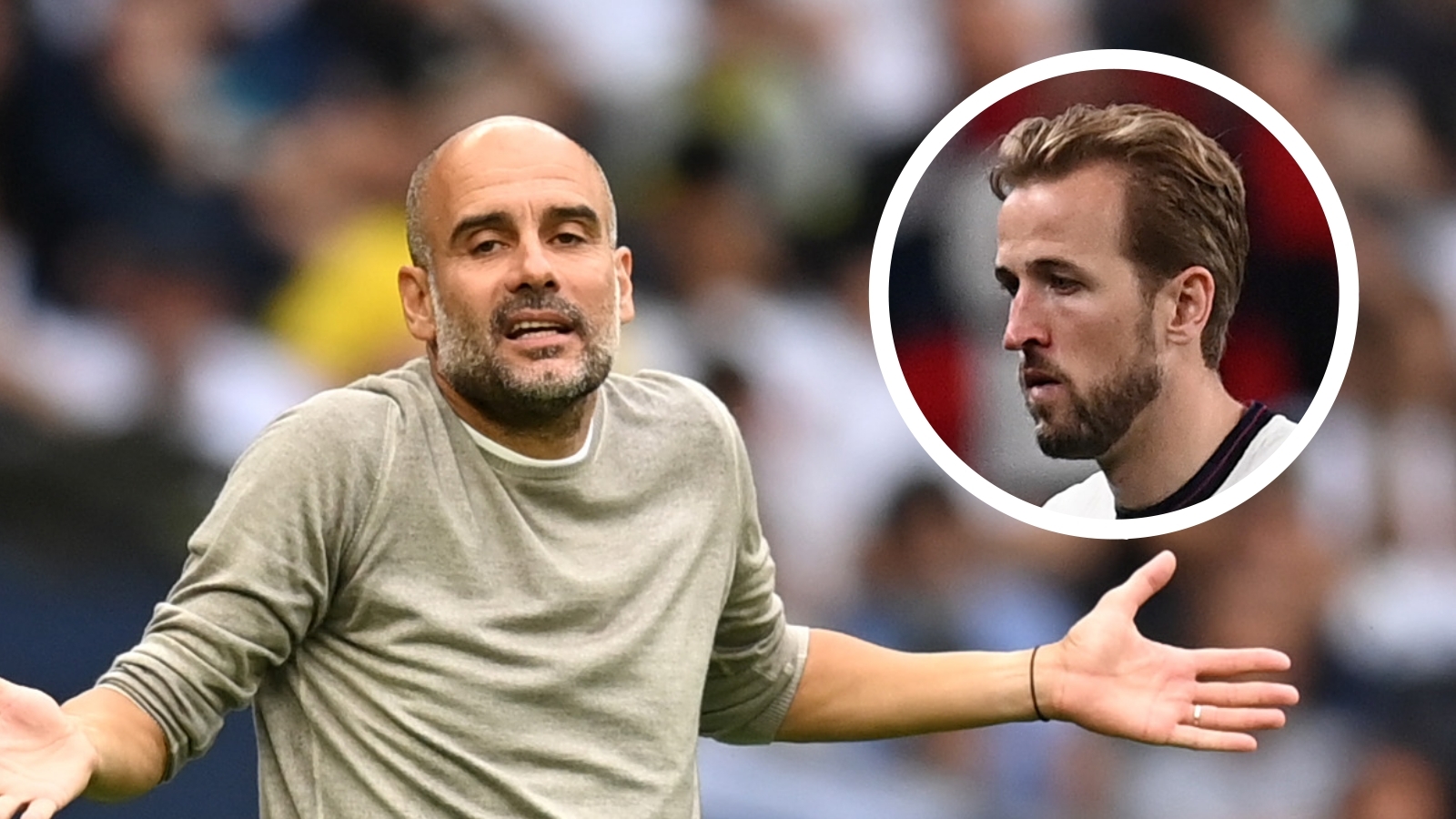 Pep Guardiola paced his technical area frantically as his Manchester City side desperately pushed for an equaliser against Tottenham.

But you don't have to be the most innovative coach in world football to see what was wrong with his side.

City need a goalscorer and the answer to his problems was sitting high in the stands of the Tottenham Hotspur Stadium, with his future still in London rather than with the champions.

And, while Tottenham showed they can survive without Harry Kane, City could only underline why they really want him and why they need him.

Last season, Guardiola's side claimed the title without a recognised striker, this season it might not be so easy.

Their most likely rivals - Chelsea, Liverpool and Manchester United - all put big scores on the board 24 hours earlier, on the opening weekend of the season, but City only showed they were fallible.

Admittedly they had a much tougher start than the other contenders, but they drew a big, fat blank and the reasons why were clear for all to see - the lack of a goalscorer.

If City were hoping to haggle over the price for Kane before the transfer window shuts at the start of September, their performance in the Premier League opener only strengthened the north London club's hand.

City could have been 3-0 up inside the opening 10 minutes but they missed that final touch to make the difference.

Fernandinho made a clever run from a free kick but headed wide with Hugo Lloris flapping, while Joao Cancelo and Riyad Mahrez dragged shots off target.

Jack Grealish on the left wing and Mahrez on the right teased the Tottenham full-backs all afternoon, but every cross sent into the box was comfortably dealt with by Davinson Sanchez and Eric Dier.

Spanish winger Ferran Torres was playing in the number nine role but, while he has a happy knack of finding space, against Tottenham there was none to be had.

"It is the same people as last season and we scored lots of goals," Guardiola said in his postmatch press conference. "It has happened.

"What is important is we are there, the last cross. We arrived many times there and today. We could not score but it is the same mystery. We are the same, we are good enough to create chances and score goals and we are going to do it."

There was no secret to Tottenham's gameplan - it was similar to the one that Jose Mourinho used to beat City in the same fixture last season and the one that fellow Portuguese Nuno Espirito Santo has used with Wolves too.

Let City dominate possession, crowd the box to make it difficult to score and catch them on the break.

Without Kane it was harder for Spurs but Son Heung-min stepped up in his place. While his first shot was deflected wide, his second in the 55th minute nestled perfectly in the corner.

City looked lethargic as the game wore on, and the lack of real threat was a concern, but the result is unlikely to have changed the view of Kane himself.

In fact he may have only strengthened his resolve to complete the move to the Etihad Stadium, knowing he can be the missing piece.

As committed and determined as Tottenham were, their ability to deliver the medal that the England international wants still remains unlikely.

When he was left out of Tottenham's matchday squad, it added another chapter to the transfer story that has rolled on all summer and it set to go some more.

Nuno didn't even know if he would be in the stadium when asked about him before the match. "He worked in the morning, I don't know what he's going to do [now],” the Portuguese said when asked if he was going to the game.

City would be wise to get on the telephone to Spurs chairman Daniel Levy first thing on Monday morning and find out what exactly is the asking price.