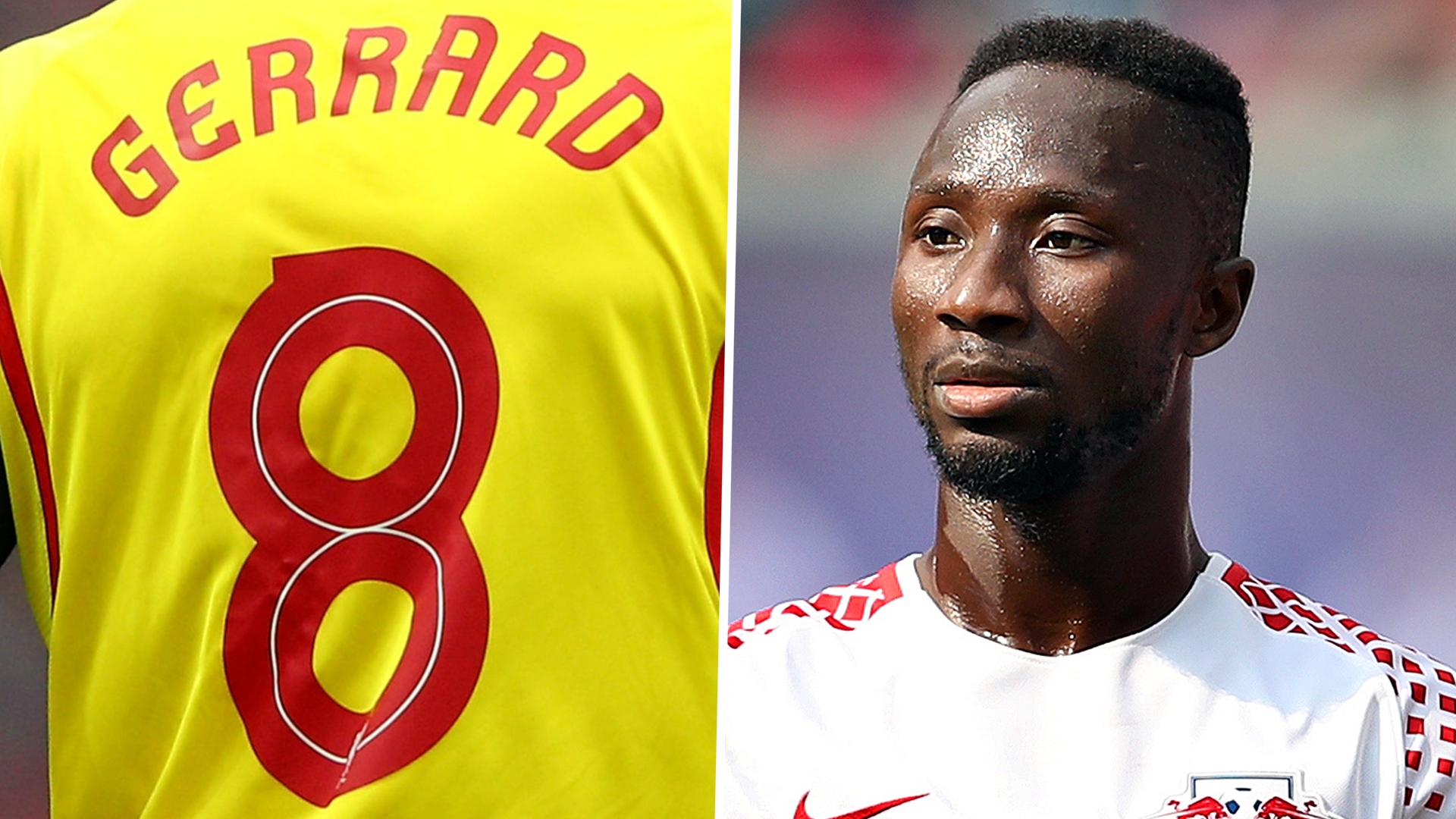 The new Reds midfielder, signed from RB Leipzig, becomes the first player to wear the number since the former captain's departure in 2015

Naby Keita is Liverpool's new No.8, with Steven Gerrard awarding him the prized shirt at Melwood.

The Reds, officially unveiling Naby Keita for the first time as a Liverpool player, announced the news that the RB Leipzig midfielder would be inheriting Gerrard's No.8 shirt via a teaser video on their Twitter page.

The midfielder, signed for a £48 million fee from Leipzig, becomes the first player to wear Gerrard's old number since the former England international moved to LA Galaxy in 2015.

Keita did not expect to be given the shirt by Gerrard personally, and remembers the day fondly.

“It was an incredible day for me. He gave me the No.8 jersey. When it happened, it was a surprise and I didn’t expect it," he told Liverpool's official website .

“When he came in, I looked at him and said, ‘wow’ because he is a legend. He is somebody who always showed respect, who gave his all on the pitch, somebody who is loved here.

“If somebody like that gives you his shirt number, it’s not to play around with, it is to try and do as much as he did – that’s my motivation.”

The Guinea international enjoyed a productive final season at Leipzig, scoring nine goals and providing seven assists in 39 appearances in all competitions.

Leipzig reached the quarter-finals of the Europa League, and finished sixth in the Bundesliga in 2017-18.