Barcelona are inextricably linked with the cause of Catalan separatism, but why are Real Madrid seen as the team of the establishment?

El Clasico between Real Madrid and Barcelona, in particular, has become emblematic of the deep social and cultural divisions that gripped the country for the majority of the 20th century.

While Barca are inherently Catalan and strongly associated with the cause of Catalanism, capital club Real are perceived as being the preferred team of Spain's political establishment.

Indeed, Los Blancos are often depicted as being the favoured team of General Francisco Franco - the dictator who ruled Spain from the late 1930s until his death in 1975 - and his regime.

However, the link with the powers-that-be did not end with the demise of the Francoist government and subsequent rulers have not been shy about where their allegiance lies on the pitch.

In order to gain a fuller understanding of how Real Madrid came to be viewed as the establishment class of Spanish football, one must become familiar with the history.

The club was not always known as Real Madrid and mainly played under the title of Madrid Football Club from the early 1900s until 1920.

Change came in 1920 when Spain's King Alfonso XIII conferred the title of Real to the team and thereafter they were known as Real Madrid. 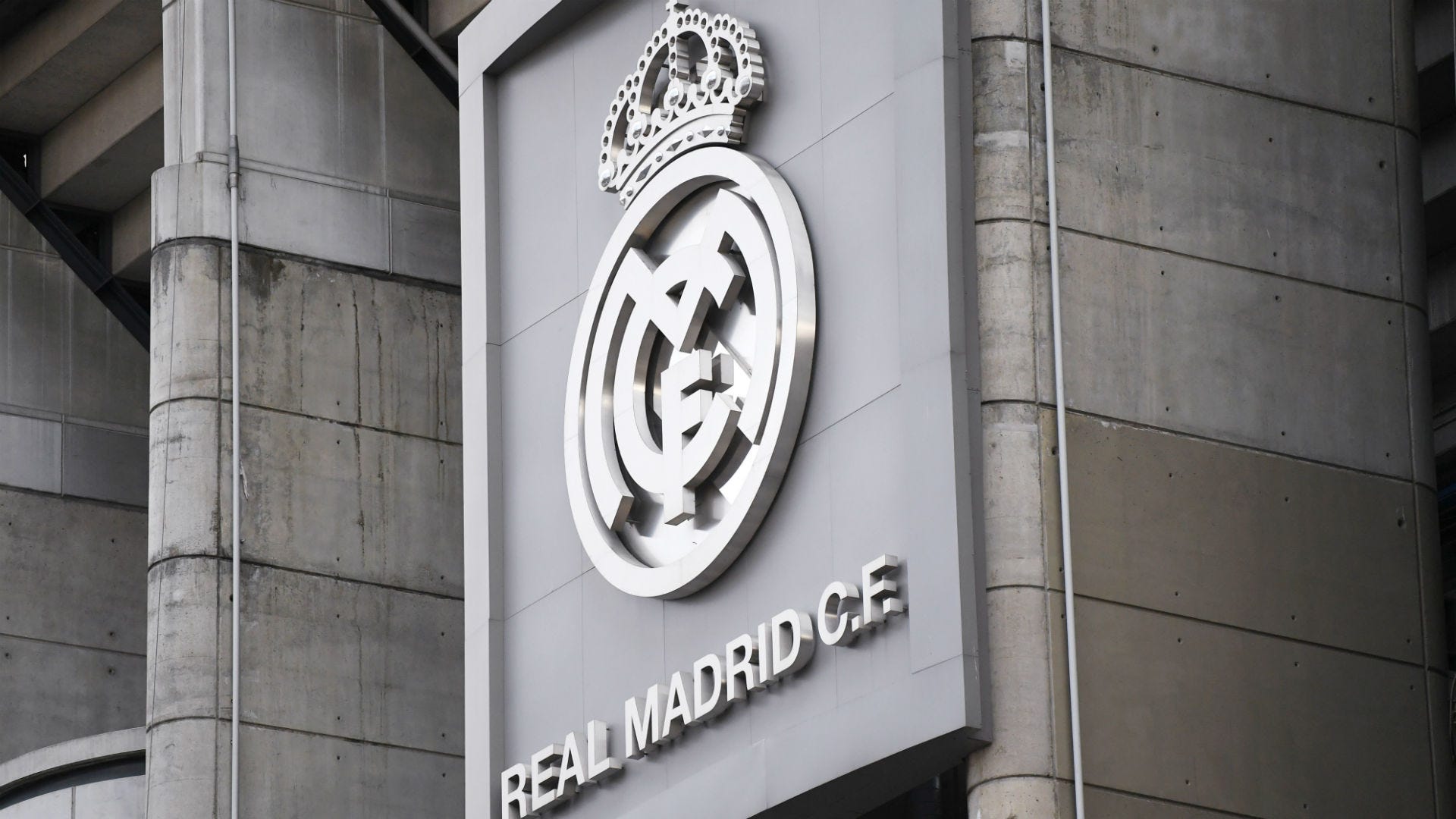 Real is the Spanish word for 'royal', so they became by definition the team of the king, for they had received his blessing.

In 1931, following the establishment of the Second Spanish Republic and the dissolution of the monarchy, Real was dropped from the club's name and the crown was removed from their badge.

The club styled themselves as Madrid FC until two years after the Spanish Civil War, with the crown and Real being restored in 1941.

They are not the only team in Spain with Real in their name though; consider Real Sociedad, Real Betis, Real Valladolid and Reial Club Deportiu Espanyol de Barcelona (Espanyol), to name a few. 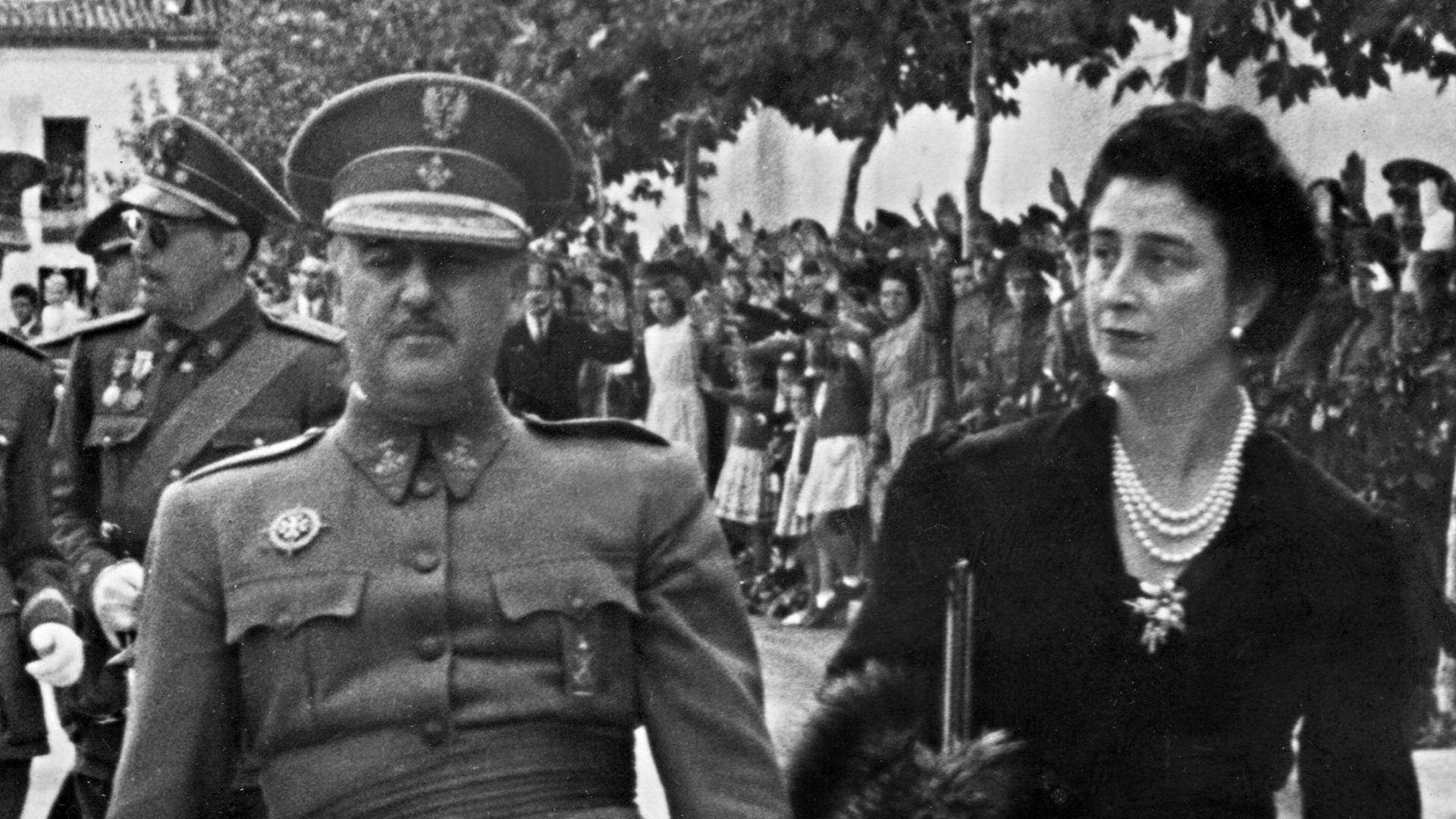 Real Madrid, the capital's chief club, were nominally the team of the monarchy in Spain, but they became further entwined with the establishment during the Francoist regime.

The fallout of the Spanish Civil War, which saw the oppression of regions such as Catalunya and the Basque Country by Franco's Madrid-domiciled forces, further entrenched division in the country.

Football was not immune to the repressive policies that were rolled out in the aftermath. Barcelona, for example, were forced to remove the Catalan flag from their badge, while the speaking of Catalan, Galician and Basque languages was forbidden as Franco sought to impose his idea of a homogenous Spanish state on the people.

Such draconian measures, in tandem with widespread suspicions that Madrid were beginning to be treated favourably, fuelled the idea that Franco had a soft spot for the capital club.

One such example came in 1943, when Real Madrid inflicted an 11-1 defeat on Barcelona in the second leg of the Copa del Generalisimo (now Copa del Rey). It was a stunning result and remains the biggest-ever Clasico defeat recorded.

In the aftermath, allegations emerged from a number of Barca's players and staff that they had been threatened by police prior to the game, though they were never proven.

"In that tie, [at the Bernabeu], Barcelona were overcome by military pressure and people close to the Falange (the nation's Fascist and National Syndicalist political party)," historian Joan Barau told Goal of the controversial match.

Real Madrid 'the best embassy we have ever had'

However, for a team that was held up as the establishment's favourite, Real were actually not particularly successful in the early years of La Liga and the Franco regime. Though they won titles in 1932 and 1933, they only began to dominate in the 1950s and 1960s - some say with the help of Franco's establishment.

An illustration of the club's increasing prominence in the minds of the country's decision-makers can be found in the words of Fernando Maria Castiella, who served as Minister of Foreign Affairs under Franco from 1957 until 1969. "Real Madrid is a style of sportsmanship," said Castiella. "It is the best embassy we have ever had."

As well as that, Franco notably made a point to officially acknowledge the successes achieved by Real Madrid, while also seemingly snubbing occasions when Barcelona triumphed.

Nevertheless, despite the fact that Barcelona, as a bastion of Catalan culture, represented the opposition to what Franco wished to achieve, the dictator actually maintained allies at the club. 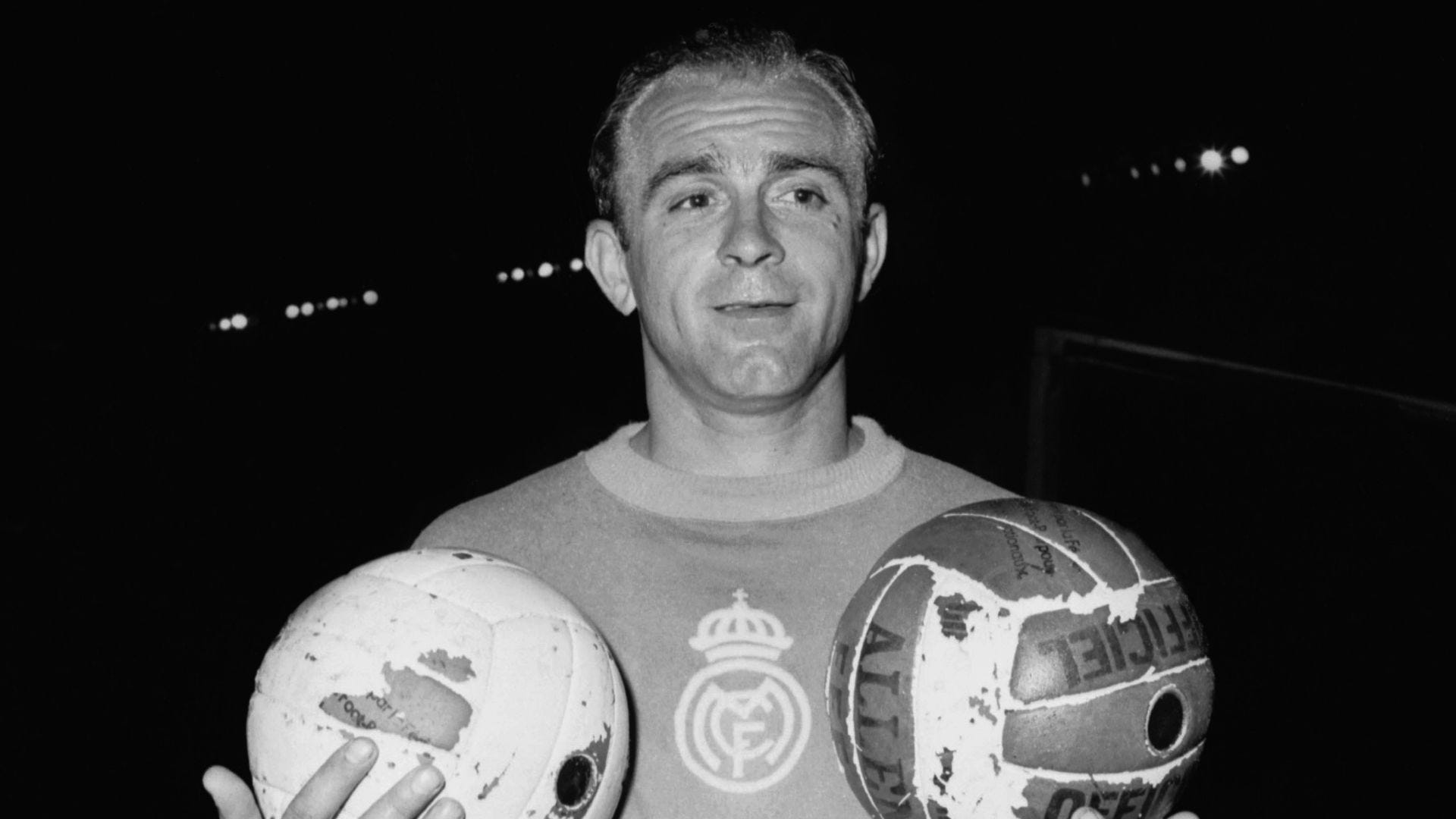 He was friendly with Josep Samitier, an iconic figure who played for and managed Barcelona before becoming a key figure behind the scenes. Indeed, Franco is said to have had a major influence in securing the signing of Barca legend Laszlo Kubala. Equally though, conspiracies abound that the pair were complicit in transfer of Alfredo Di Stefano to Real Madrid instead of Barca.

Given his ideology, there is no doubt that General Franco was keen to see the long-term success of Real Madrid. For him, they served as a convenient counterweight to Barcelona and everything the Catalan club stood for - if there was to be a dominant force in Spanish football, you can be sure Franco would want it to be Castilian royal rather than Catalan separatist.

However, he was clearly willing to compromise on that position when it suited him. As the journalist and writer Jimmy Burns wrote: "Bernabeu was his natural home but his political instinct took him on occasions to Les Corts, and later to the Camp Nou." 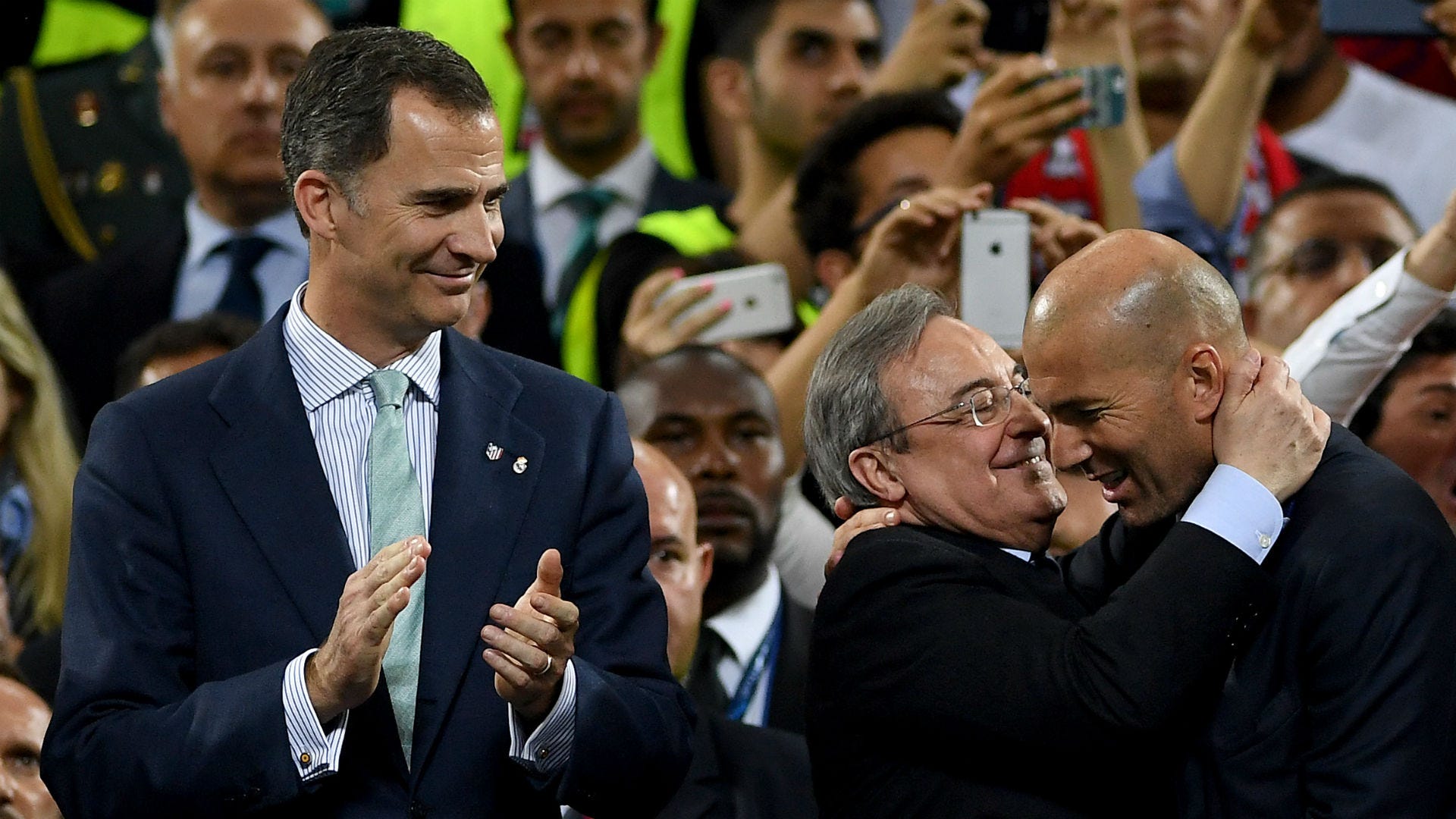 While times have certainly moved on from the Francoist era, the reverberations are still felt in El Clasico to this day.

A perception lingers that Real Madrid are still favoured by the establishment, with fans and players sometimes suggesting that referees are in the corner of Los Blancos.

While such a charge is clearly too difficult to prove, it is true that Real maintain a close relationship with the Spanish royal family.

Indeed, King Juan Carlos is a vocal supporter of the club and has been recorded entering the team's dressing room in order to personally congratulate the players on their success.

He even called Real Madrid president Florentino Perez in 2018 to pay tribute to Cristiano Ronaldo following his sensational overhead kick goal against Juventus.

“His goal against Juventus was one of the most beautiful in football history, a wonderful goal by the best player in the world."

As well as Juan Carlos, his successor King Felipe VI has also been a presence at a number of Real Madrid games, including those of the club's basketball team.