From diminished transfer funds to Aubameyang's contract, what missing out on Europe will cost Arsenal 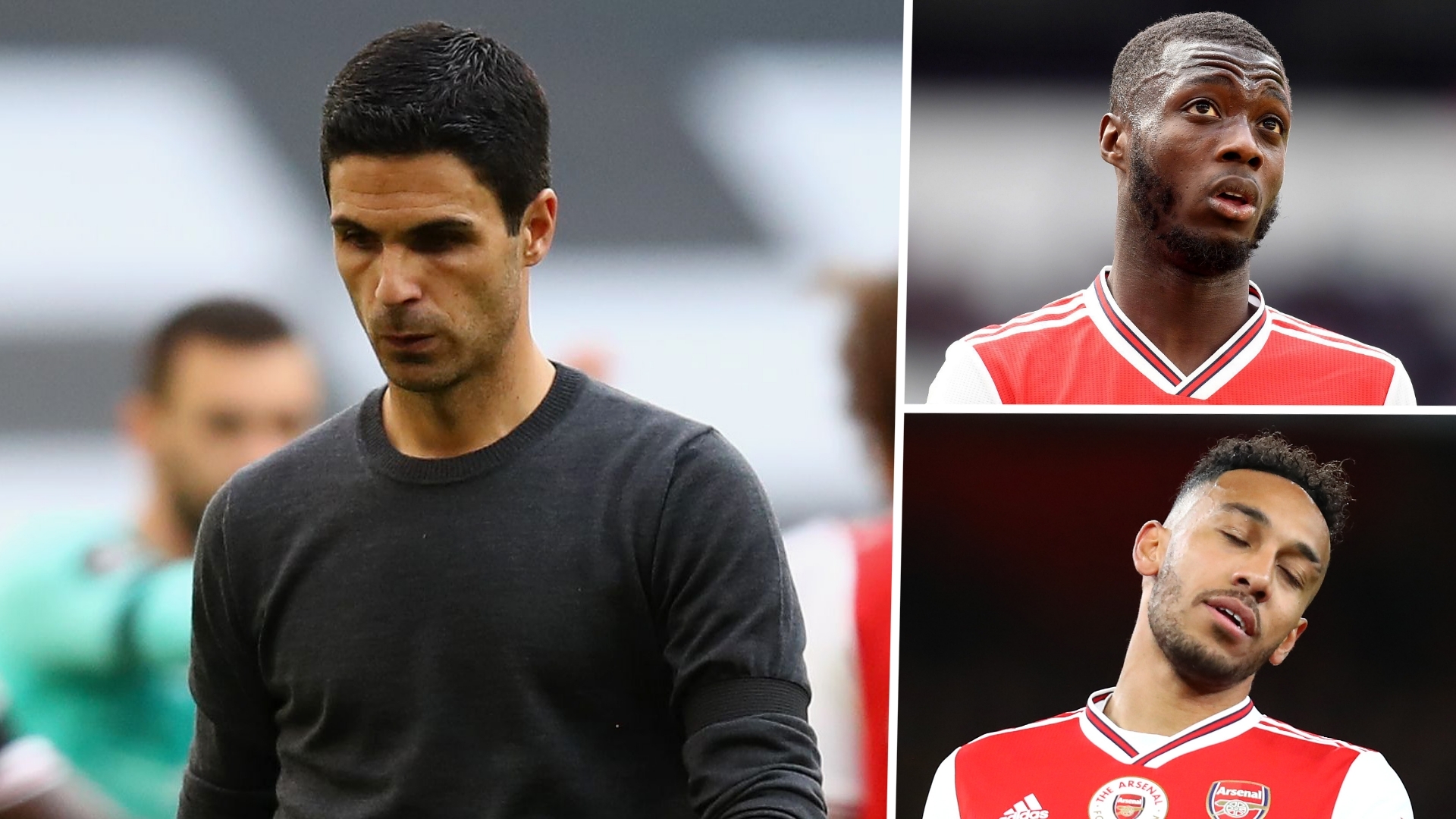 So now we know.

Monday morning’s ruling in favour of Manchester City by the Court of Arbitration for Sport means that Arsenal will have to finish no lower than seventh in order to guarantee European football next season.

The Champions League is unattainable, with Mikel Arteta’s side nine points adrift of fourth-placed Leicester City with just three games of the campaign remaining.

So it’s Europa League or bust for the Gunners and even that is looking highly unlikely following Sunday’s demoralising north London derby defeat at Tottenham.

That 2-1 reverse at Spurs leaves Arsenal ninth in the table, four points below Sheffield United who sit seventh with only nine points left up for grabs.

And with Liverpool to come in midweek, Arsenal’s hopes of qualifying for Europe via the Premier League could be over by Thursday night if they lose on Wednesday and Sheffield United win at Leicester 24 hours later.

There is still a route into the Europa League via the FA Cup, but with Arsenal facing Manchester City in the semi-final at Wembley on Saturday, that is also looking like an unlikely option.

It means that the Gunners are now facing up to their first season without European football for 25 years and the implications of that could be huge.

There are some who believe missing out on the Europa League could be a good thing as it would give Arteta much more time just to focus on his squad due to the absence of so many midweek matches next season.

There would be minimal fixture congestion and the squad would be well rested between games - something both Leicester  and Chelsea have benefited from in their recent title-winning seasons.

But whilst that would certainly be a positive, the financial cost of missing out on European football would be a huge blow to a club that in February announced a loss after tax of £27.1 million ($34.8m) for 2018-19, their first operating loss since 2002, and is now struggling to get to grips with the financially crippling effects of the ongoing coronavirus pandemic.

And it’s not just financially that Arsenal would be hit. Their reputation and standing in the game would also take a battering should they not be in the hat for any European draw next season.

But there is no doubt that the biggest impact on missing out on Europe would be financial. Like all clubs, Arsenal are facing up to some significant challenges which have been brought on by the Covid-19 pandemic.

Just last week we saw owners Kroenke Sports & Entertainment (KSE) move to restructure the club’s debt in a bid to ease things in the short term.

The move - which saw KSE redeem the outstanding bonds that had been taken on in 2006 to fund the construction of the Emirates Stadium - actually placed more debt on the club due to the financial penalties incurred by the early repayments.

But it also provided some immediate benefit as it will reduce the amount of annual interest Arsenal have to pay on the loan and it will also free up the £37m ($46.6m) reserve that the club had to hold as security for future repayments on the initial bonds.

But, as sources inside Arsenal have been keen to point out, although the move will free up some extra cash flow, it will not be used to fund some sort of transfer spree once the summer window opens. It will instead be used to cover wages and other running costs at a time when most revenue streams are almost non-existent.

So transfer funds are going to be extremely limited in the upcoming window and missing out on European football altogether is only going to add to that issue during a summer in which Arteta desperately needs to strengthen his squad.

The Europa League may not bring in the riches that the Champions League does, but it still provides a much-needed revenue stream which could help strengthen a squad that is in desperate need of a rebuild.

Failure to even qualify for the Europa League in the 2020-21 campaign would not only have a big impact on the transfer budget for the summer, but it would also see the financial gap grow wider between Arsenal and the teams finishing in the Champions League spots.

“This is a key point: as well as the direct impact of their under-performance in Europe on Arsenal’s revenue, there is the fact that rivals also benefit. In fact, most painfully, Tottenham’s revenue of £459m ($589m) has already overtaken Arsenal's revenue of £393m ($504m) in 2018-19.”

O’Connor estimates that the Gunners earned just £19m (€21.7m) from this season’s run to the last 32 of the Europa League, where they were shocked by Olympiakos.

And whilst that is a minimal return for a club of Arsenal’s stature, whose business model and wage structure is based on Champions League revenues, it’s still £19m more than they will bring in next season if they fail to finish in the top seven or to win the FA Cup.

It also must be noted that missing out on qualifying for Europe’s second-tier competition would also have an adverse impact on other revenue streams such as sponsorship deals and matchday income.

So it’s clear how detrimental missing out on the Europa League would be and that’s before you even take into account what it could mean in terms of convincing Pierre-Emerick Aubameyang to sign a new contract and also being able to attract top transfer targets such as Atletico Madrid's Thomas Partey to the club.

Arsenal have been a mainstay in Europe for the past 25 years. It’s what they’ve based their success and their financial model on. But times are changing and standards have slipped.

“This is who we are at the moment and we will fight in two different ways - one is the league and the other is the FA Cup - to do our best to finish as strongly as possible,” a clearly frustrated Arteta said after Sunday’s defeat at Tottenham. “We will keep trying while we have any hope.”

The problem for Arsenal is that hope is diminishing fast and if results don't go their way over the course of the next week, they could be waving goodbye to Europe for the first time in a quarter of a century and the implications of that are clear for everyone to see.