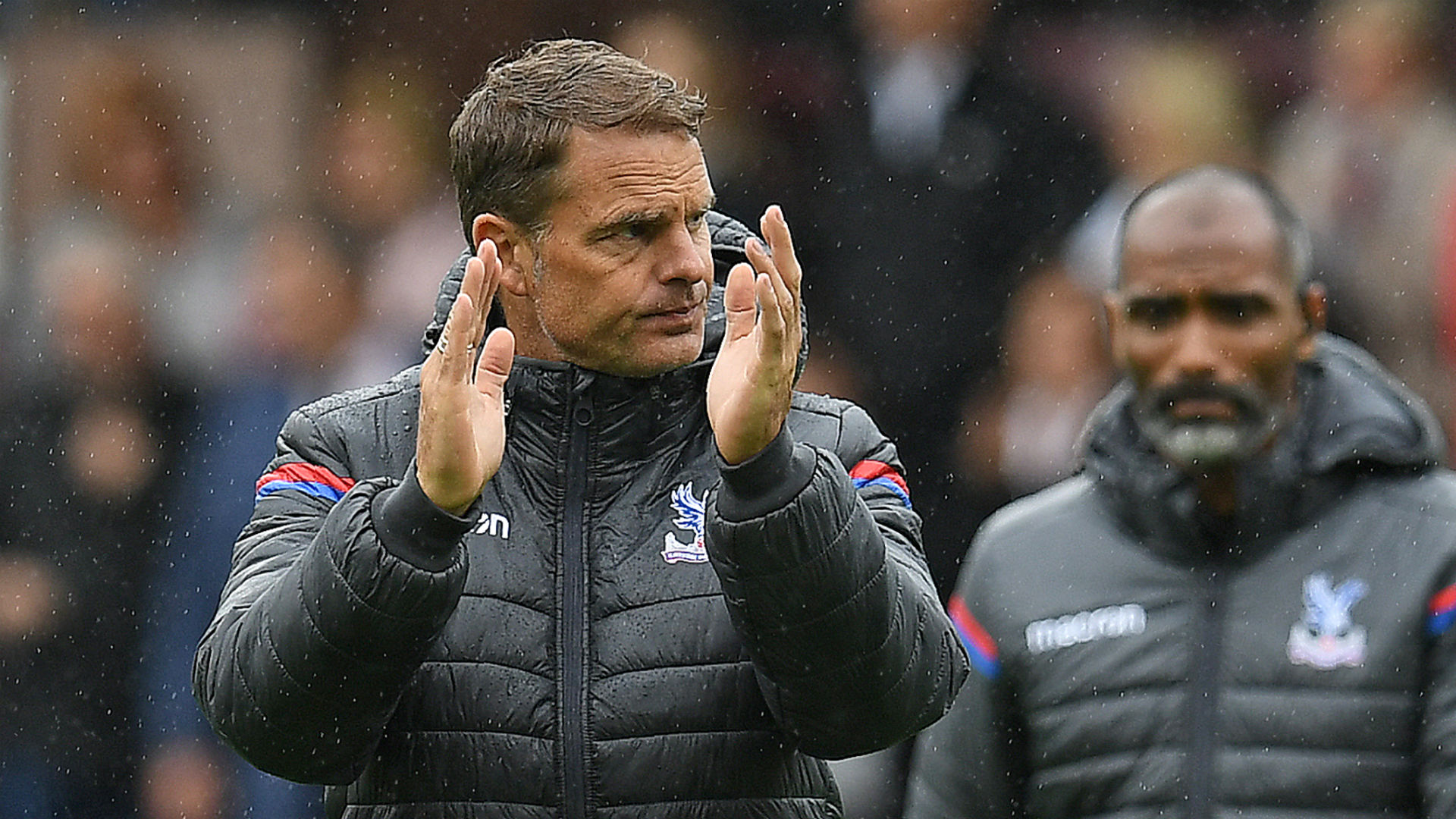 The Eagles failed to score in any of the Dutchman's games in charge, leading to the club relieving him of his job after just 77 days

The Dutchman was hired to replace Sam Allardyce in late June, signing a three year contract, but has lasted less than three months in the job.

The Eagles have started their Premier League campaign with defeats to Huddersfield, Liverpool, Swansea and Burnley, conceding seven goals and scoring none.

But the club have relieved the ex-Ajax and Inter coach of his duties, making the news official on Monday.

"We would like to thank Frank for his dedication and hard work during his time at the Club.

"A new manager will be appointed in due course and we wish Frank the very best of luck for the future."

Uncertainty around the former Barcelona and Netherlands star's future at Selhurst Park began in the wake of their loss to Swansea, but he was given a chance to turn things around against Burnley.

Despite creating several chances, Palace suffered a defeat after Chris Wood capitalised on a blunder from Chung-Yong Lee to score the only goal of the game after just three minutes.

After De Boer insisted his side should have won the game, which was backed up by opposing boss Sean Dyche, chairman Steve Parish took to Twitter and appeared to simultaneously support and condemn his appointment.

De Boer lasted just 85 days in charge at Inter, but his time at Palace was even shorter at 77, while no Premier League manager has been fired after so few games in charge.