France striker Karim Benzema limped out of Tuesday's friendly against Bulgaria, however Didier Deschamps has insisted that the injury is "nothing dramatic".

The Real Madrid star has been recalled to the national team after a six-year absence and is poised to play a starring role for his country at Euro 2020.

It was worrying for France when the 33-year-old had to be taken off during the 3-0 win over Bulgaria, but it appears that the injury is not serious and will not keep Benzema out of the meeting with Germany on June 15.

What happened to Benzema?

Benzema went down under a challenge from Bulgaria defender Ivan Turitsov during the first half of the friendly at Stade de France.

The Real Madrid striker attempted to continue but he went down again in the 37th minute and signalled to the bench that he would need to come off.

Olivier Giroud was introduced into the match in the 41st minute, replacing Benzema, and would go on to score two goals in a comfortable win. 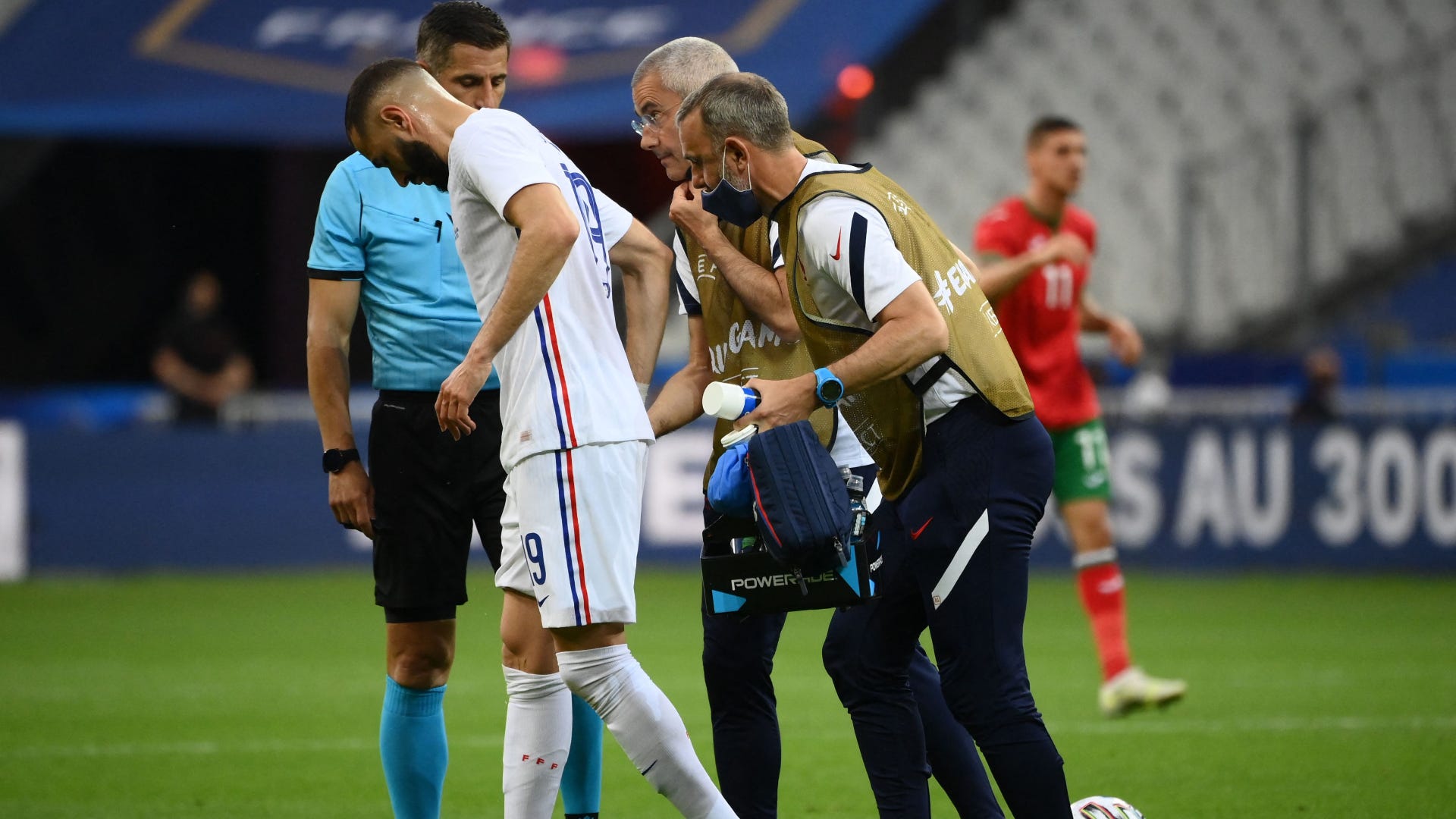 "It's a knock," national team boss Deschamps told M6 at half-time. "He took a good hit on the muscle above the knee, and he felt that it was getting worse so we took no risk. The medical staff is currently with him."

Deschamps added to reporters at his post-match press conference: "He felt it so you shouldn't take a risk. That's why he came off. It's a knock, there's always worse things in life.

"The medical staff are of a high level. We will do the right thing and not spend every day wondering how he is doing. It's hard to digest but you have to deal with it. Today, it's nothing dramatic."

The striker was exiled from the France squad following his alleged role in the Mathieu Valbuena sex tape scandal.  While it appeared his international career was over, Benzema continued to be prolific at club level and scored 23 La Liga goals for Madrid in the 2020-21 season.

Benzema's form convinced Deschamps to offer him a return to the Les Bleus setup as he was named in France's Euro 2020 squad.

The striker made his first appearance for France in almost six years last week, as he saw a penalty saved against Wales.

France begin their Euro 2020 campaign next Tuesday when they take on Germany in Munich.