While some people remain caught up in transfer talk, the cash-strapped Catalan club is facing up to the grim reality of potential collapse

Last month, Josep Maria Minguella claimed that Erling Haaland would join Barcelona at the end of the season if Emili Rousaud was appointed the club's new president.

"It's fake news!" agent Mino Raiola told Sport1. "I have never spoken to any presidential candidate at FC Barcelona, not about Erling Haaland or any of my other players, and nor will I.

"When the new president is elected, then, they can call me."

There will be no call. Firstly, because the elections have since been delayed until March 7 due to the logistical complications caused by the Covid-19 pandemic.

Secondly, and far more importantly, because Barcelona are broke.

They could not even pay their players this month – how on earth are they supposed to sign the most coveted striker in the world at the end of the season?

Indeed, the Blaugrana can't even afford Eric Garcia right now – even though the teenage defender is available for a knockdown price with his Manchester City contract set to expire at the end of the season.

Presidential hopeful Victor Font remains optimistic that a deal can be done before the close of the transfer window but it was hugely revealing that he added that the centre-back would be willing to play for free for the remainder of the season.

That's partly due to Garcia's willingness to secure regular first-team football in the run-up to this summer's European Championship, and at the club that raised him, but it's primarily down to the fact that Barca are strapped for cash.

Font feels that it would be worth paying a small fee of €3 million (£2.7 million /$3.6m) for a player that could help Barca secure qualification for next season's Champions League – an economic necessity at this point – but both of his presidential rivals, Joan Laporta and Toni Freixa, do not want to spend money that Barcelona simply do not have.

Bizarrely, among some supporters and certain sections of the media, there still seems to be some ignorance – or perhaps denial – over just how much financial trouble Barcelona find themselves in.

Remarkably, there are people connected with the club that still believe Neymar could yet return to Camp Nou, even if Lionel Messi is no longer one of them. 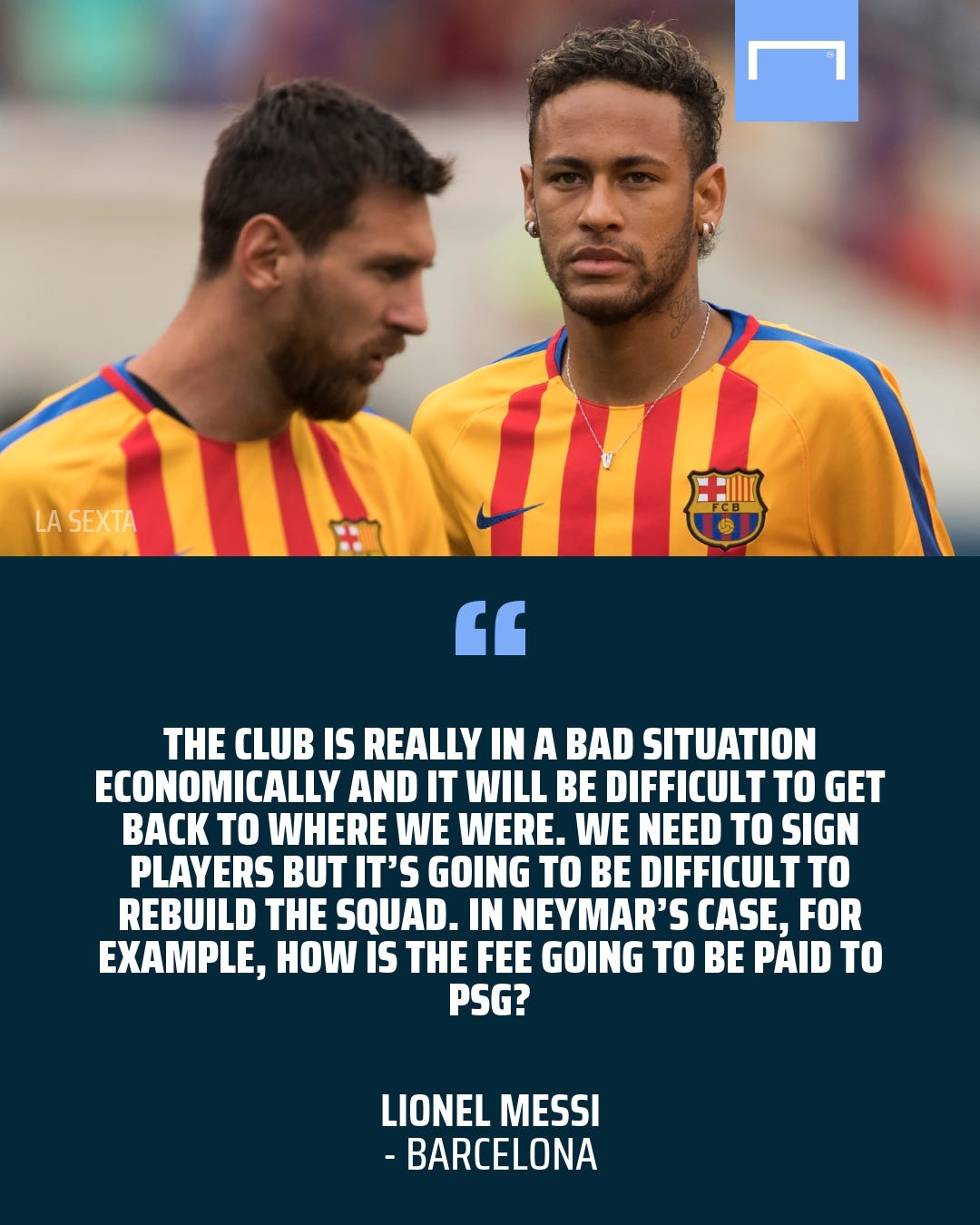 “The club is really in a bad situation economically and it will be difficult to get back to where we were," the Barca captain conceded in a recent interview with La Sexta. "We need to sign players but it’s going to be difficult to rebuild the squad.

"In Neymar’s case, for example, how is the fee going to be paid to PSG?"

In short, it won't be. Barca have far more pressing concerns. They aren't trying to sign big-name players right now; they're trying to avoid bankruptcy.

The club's precarious position has been laid bare with the publication of their latest accounts.

If it's not, there is a very real risk of insolvency, which could lead to the collapse of FC Barcelona as a registered association – and result in it being reformed as a limited company. That is the nightmare scenario the socios still dreaming of re-signing Neymar need to accept.

Laporta is right when he says that the situation is "reversible" but, as Messi has pointed out, "it won't be easy". Indeed, it's likely to be a very painful process.

Even if Barca manage to restructure their debt – and some creditors have already agreed to defer payments until the next financial year – further pay cuts and player sales are inevitable.

We're not just talking about Barca once again trying desperately to offload Philippe Coutinho here – or gauging the level of interest in other expensive flops such as Ousmane Dembele and Antoine Griezmann. 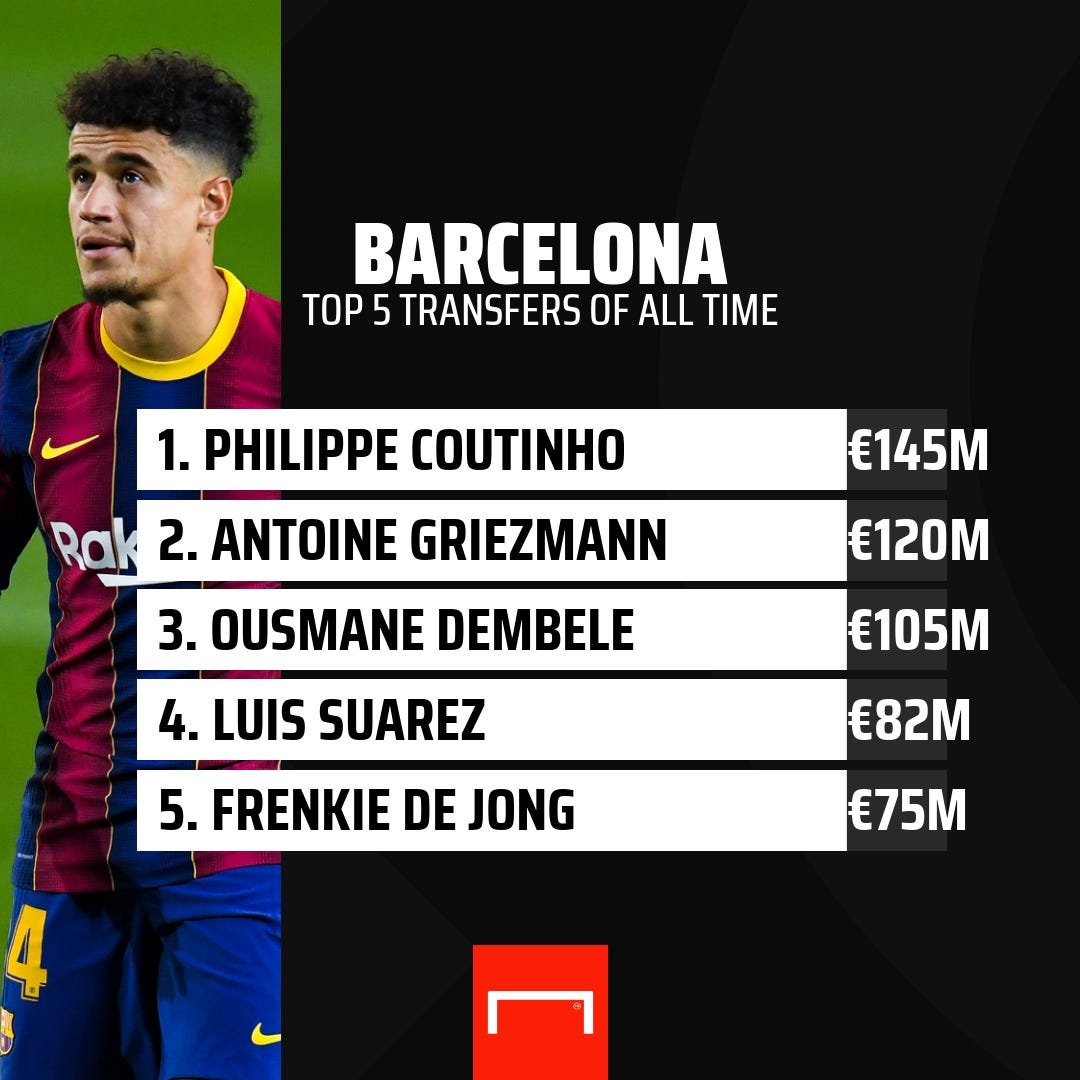 As previously reported by Goal, the club could be forced to cash in on one of its 'untouchables', such as Marc-Andre ter Stegen, Frenkie de Jong or Ansu Fati.

The other member of that most coveted quartet was, of course, Messi, and his future will obviously have a massive impact on finances as the highest-paid player at the club (£500,000/$600,000 per week).

Should the Argentine leave when his contract expires this summer, an enormous weight will be removed from the club's wage bill. He's aware of that, too, which is why he felt it would have been best for the club to let him go at the end of last season.

Interim president Carles Tusquets has already stated that Barca should have sold Messi while they still had the chance to command a sizable fee for the 33-year-old and while presidential candidates Font, Laporta and Freixa have all publicly stated that they want to see the skipper stay at Camp Nou, not one would privately disagree with the view that the skipper's departure would make their rebuilding project significantly easier.

Remember, Barca still have a stadium to rebuild. The redevelopment of Camp Nou was meant to begin this summer but has been postponed because of the club’s financial problems, which were so brutally exposed by the coronavirus outbreak.

Bartomeu was correct when he claimed that nobody could have predicted the pandemic but everybody could see beforehand that Barca’s business model was utterly unsustainable.

The Blaugrana have topped the Deloitte Football Money League for the past two seasons – yet 74 per cent of their income is going towards the largest wage bill in football (well above the recommended Liga limit of 70%). 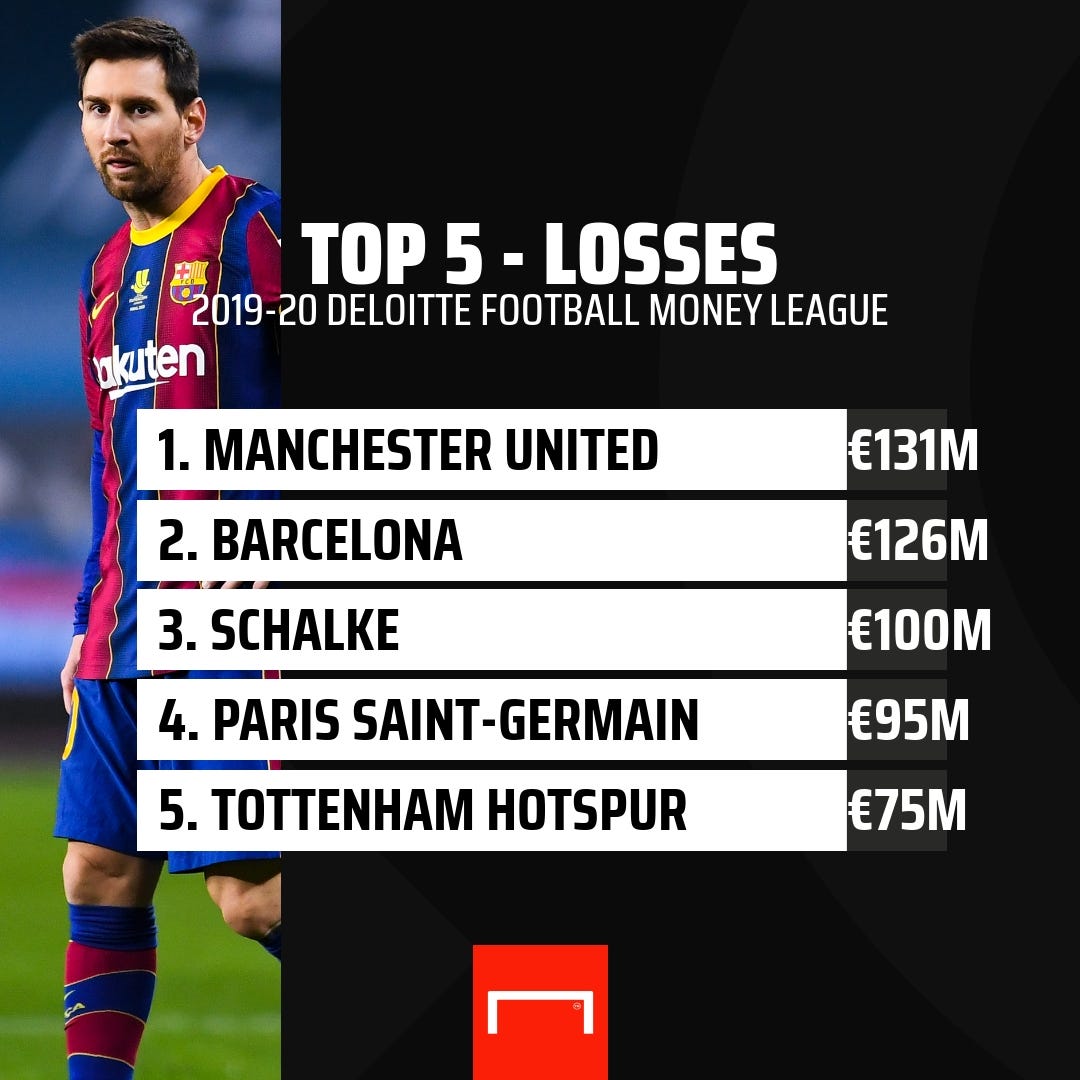 That is why they were hit harder than any other elite club by Covid-19, as their debt nearly doubled last year, after suffering, percentage-wise, double-digit drops in revenue from broadcast deals, matchday income and commercial deals.

Consequently, the Espai Barca project, which includes the redevelopment of Camp Nou and its surrounding areas, offices and arenas, is now in jeopardy.

The work was originally set to set the club back approximately €600m (£530m/$730m), which Bartomeu intended to split evenly between the club’s treasury, external investors and the sale of the stadium name to a commercial partner.

However, the estimated cost has now spiralled to €815m (£722m/$988m) and its completion is now wrapped up in investment from Goldman Sachs, whom Barcelona are already indebted to for €90m (£80m/$110m), sparking fears that the symbol of Catalan independence is now going to be controlled by external companies.

Laporta has already conceded that the club might be better off building a brand new arena but again, the bottom line is that Barca simply don’t have the capital to entertain such an idea.

So, Barca fans shouldn’t be worried about whether Haaland will arrive at Camp Nou – or even whether Messi will still be there to welcome him. They should merely be praying that the club still belongs to them by the start of next season.

FC Barcelona as we know it, is in danger of collapse.