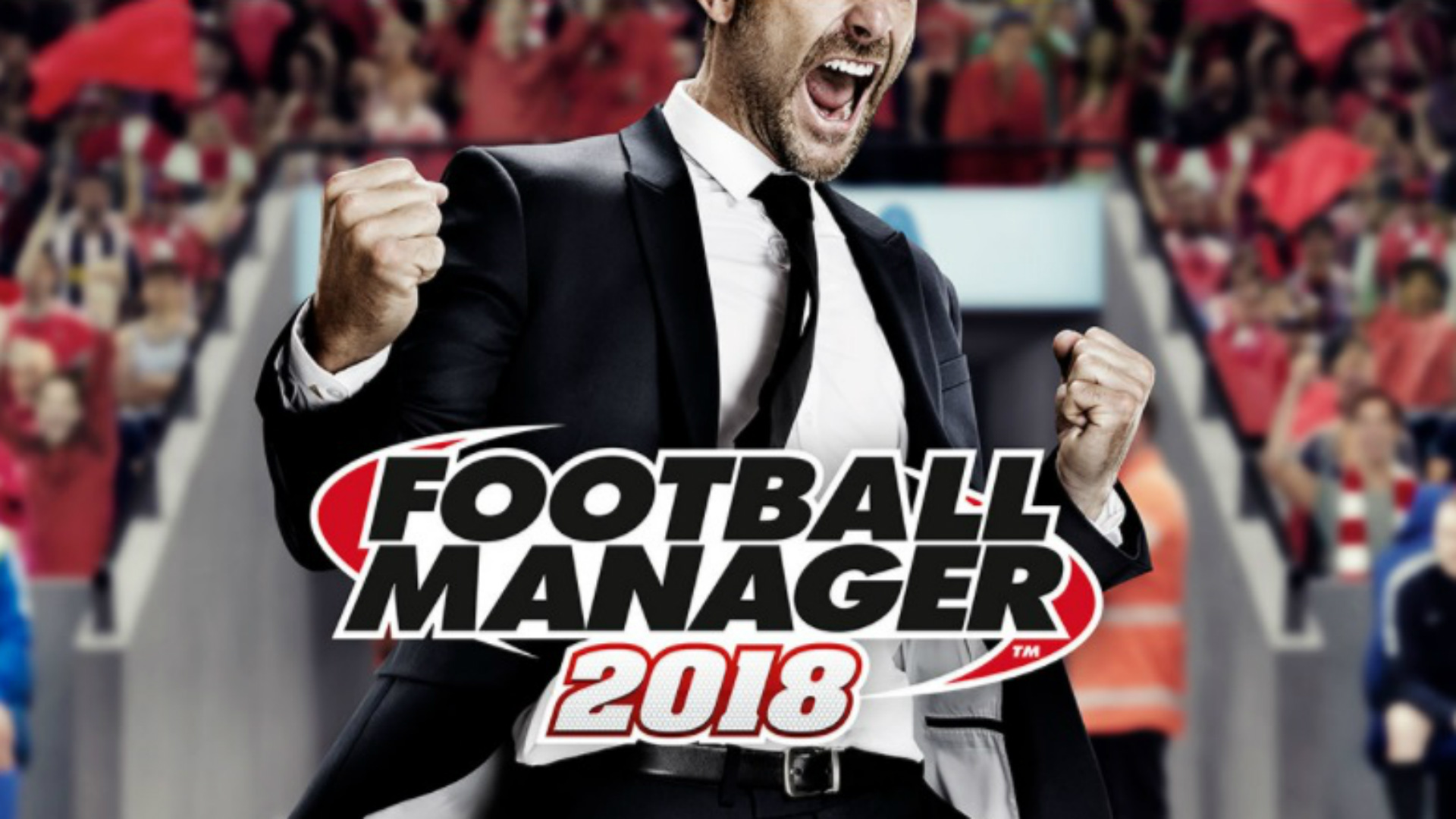 The latest edition of the hugely popular simulation has now been released, meaning that gamers across the globe can delve into the world of management

Football Manager is one of the most popular virtual reality sports games in the world.

Spawning numerous pop-culture references, a number of books and even a stage show by comedian Tony Jameson, the insanely deep management simulation series puts players in the dugout, able to play games, buy and sell players and just about anything else you can imagine a football manager doing.

Players of the game can take the reins of the biggest clubs in football, overseeing the careers of superstars, or challenge themselves by working their way up divisions to glory in whatever country they choose.

Details about this year's game have been released into the public domain, so  Goal takes a look at what we know so far.

The standard version of the game (available on PC, Mac and Linux) was available early by pre-ordering from a SEGA-approved digital retailer and that granted access to the Beta edition.

The progress made by gamers on the Beta is transferable to the full game.

Football Manager Touch and Mobile were both released on the same day as the computer game. Previously, they have come out a little later.

However, the tablet version of Football Manager Touch for Android and iPad has been delayed until November 24.

However, fans who pre-ordered the game before Monday, October 9 and had FM 17 in their Steam library were able to get 25% off through either Steam or the SEGA Store.

Fans who pre-purchase #FM18 before Oct 9th and have #FM17 in their Steam library will nab a 25% 'signing bonus' - https://t.co/s36kzL7WeA pic.twitter.com/P8KAVy4dbe

New features were first confirmed in late September and more announcements followed throughout October in the lead-up to the November release.

However, while certain new additions have been revealed, other innovations have been kept concealed with Football Manager chiefs preferring users to discover them for themselves while playing.

The official Football Manager Youtube channel is the place to go for updates, with the initial features news broken there in a tongue-in-cheek 24-hour news bulletin style, which even included a car-window interview with "Football Manager gaffer" Miles Jacobson.

The official Football Manager Instagram page teased motion-capture models earlier in the year and Jacobson confirmed that there will be a new graphics engine, meaning an improved match experience, which you can check out here.

Sports scientists also feature in the new game, as does a new-look fantasy draft.

Jacobson alluded to a new 'dynamics' feature in FM 18 and, on October 8, the game released an explainer video outlining what the new feature entails.

The three main areas involved in FM 18 dynamics are 'Match Cohesion', 'Dressing Room Atmosphere' and 'Managerial Support'. Essentially, this places greater emphasis on managing the personalities and particular abilities of one's players in order to get the best out of them.

You can take a look at FMTV's video below.

In addition, there is a revamp of the game's scouting methods, in an effort to bring it closer to the reality of the actual real-life process.

A new scouting centre features in FM 18 and the game's developers have indicated that data analysts, which were introduced in FM 17, play a bigger role. Indeed, you can even request to have data analysis facilities built, which will improve the quality of analysis.

In FM 18, scouts' ratings of players will range from zero to 100 and this will fluctuate depending on the knowledge gathered about a player.

Furthermore, new to the scouting in FM 18 is the introduction of a scouting budget, which can be tailored to suit a manager's needs. However, be warned: an increase in the scouting budget will affect other budgets, such as those pertaining with transfers and wages.

Football Manager 2018 sees an all new tactics screen that has been described as "less cluttered and easier to get to grips with" than previous versions.

As part of the desire to be as close to reality as possible, the new game will also incorporate pre-match briefings, which take place the day before a match, so that managers can emphasise to their players what they want them to focus on in the upcoming game.

Tactical analysis has also improved to show what areas of the pitch your team is particularly vulnerable in, based on formation and player roles. Furthermore, thanks to the new Dynamics features, connections forged between players will also be highlighted, showing which players have been playing well together in recent games.

New player roles are also available with the segundo volante, mezzala, carrilero and inverted winger joining the likes of the trequartista among the array of tactical roles within the game

Sports scientists were introduced into the Football Manager world in FM 17 and they play a bigger role in FM 18. According to 'Inside FM 18', sports scientists are "more visible" in the new game, reporting directly to the manager regarding the physical well-being of players.

Managers can interact with their sports scientists in the new medical centre, which features five different panels displaying specific injury-related information. Virtual managers will receive regular updates from their club's sports scientists and physios in order to best manage the fitness of their squad.

Arguably one of the most exciting and engaging aspects of Football Manager, transfers will be subject to tweaks in FM 18.

We have entered an era of astronomical transfer fees (see Neymar's record-smashing €222 million move from Barcelona to Paris Saint-Germain) and the game's developers have promised that the rising fees and volatile nature of the real market will be reflected in the new game.

On transfer deadline day, the official Football Manager Twitter page gave an idea of some of the new transfer-related features that will be a part of FM 18.

For instance, fans will react differently on social media to loan signings compared to permanent signings, with the game aiming for "more contextual social posts".

Virtual managers will also be able to see a graphical representation of which clubs and leagues have spent the most money during the transfer window.

For the first time, Football Manager features gay players 'coming out' as the game's producers endeavour to play their part in reducing the stigma attached to being a homosexual in the sport.

"It's not a message that everyone is going to see in their game. It is quite rare, but we want it to be seen as a positive thing," Jacobson told the BBC.

"We also had to take some legal advice, because in some countries that are less forward-thinking than the UK, it is still illegal to be gay. In those cases we have simply respected their laws, so if a player is based in one of those countries, the player won't come out.

"Being gay is just a totally normal thing in life, and it's the right thing to put it in the game because it's something that we're going to be seeing in the future."

There are a number of new and interesting features added to the new edition of the mobile version of the game, including an increase in leagues and players.

You can read more about Football Manager Mobile 2018 here.

The base version of Football Manager 2018 has been released on PC, Mac and Linux.

FM Touch, meanwhile, is also available on PC, Mac and Linux but can also be played on iOS and Android tablets that meet its specifications.

FM Mobile will be released on iOS and Android smartphones.

Obvious examples such as Gianluigi Donnarumma, Kylian Mbappe and Youri Tielemans may be harder to acquire depending on your transfer budget or the status of your club, but there are other hidden gems dotted around the world.

To help you get started building your legacy on FM 18, we've taken a look at some of the best wonderkid goalkeepers, defenders, midfielders and strikers in the game.

What is a wonderkid?

In Football Manager, a wonderkid is a young player with a very high potential rating who could possibly go on to become a world-class star. They must normally be under the age of 20 during the game's start date.

As with real life, players considered wonderkids do not always reach their potential and require careful treatment in order to ensure that they reach the heights they are capable of. This includes paying attention to training, tutoring, managing injuries well and giving them an appropriate amount of game time.

Football Manager revealed that the song 'This Moment' by English electronica band Chase & Status (featuring Blossoms) will accompany all video content associated with the game.

It first appeared on the official teaser video that was released at the end of September and is set to figure prominently alongside the game throughout the year.

You have probably heard it quite a bit in the lead-up to the game's release, but you can also listen to the song in the video above.