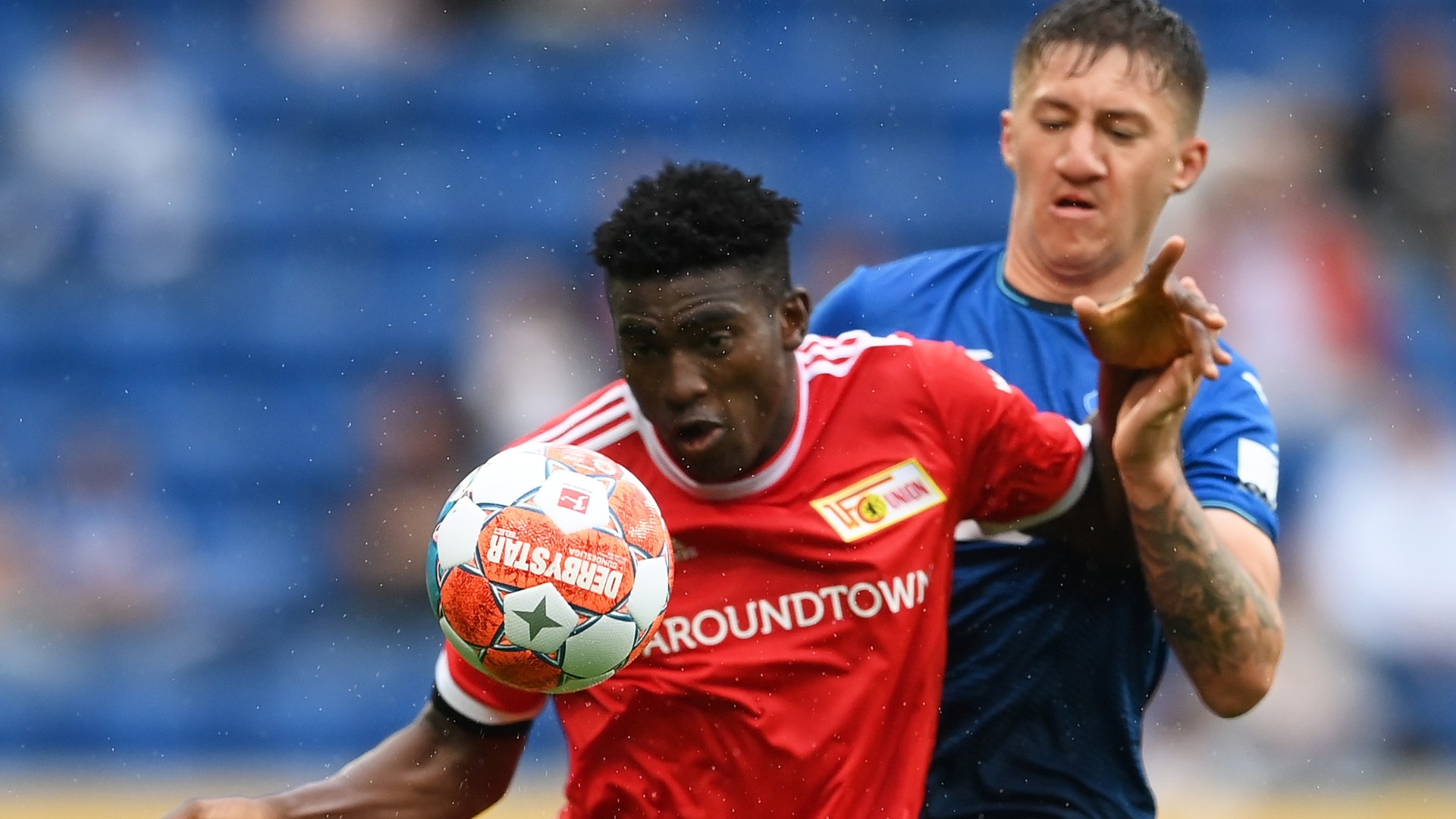 FC Augsburg coach Markus Weinzierl has revealed he is working on ways to tame the attacking prowess of Union Berlin forward Taiwo Awoniyi when the two sides face off in a Bundesliga fixture on Saturday.

The 24-year-old Nigerian striker joined the Berlin-based club at the start of the season from Liverpool in a £6.5million (€7.5m/$9m) deal and has gone ahead to score three goals so far from 250 minutes played.

His first goal came in the season opener against Bayer Leverkusen as they claimed a 1-1 draw and then he scored in a 2-2 draw against Hoffenheim, before snatching his third against Borussia M'gladbach in a 2-1 win.

The player's splendid display alongside that of Max Kruse has left Augsburg coach Weinzierl worried ahead of Saturday's fixture at Alte Forsterei Stadium.

“You play internationally, that speaks for the quality and with Taiwo Awoniyi and Max Kruse you have two very good strikers,” Weinzierl said as quoted by allgemeine.de.

“They often make the difference; they have to be taken out of the game. And in Rani Khedira, they've definitely signed a good player that we all know.”

Weinzierl has further admitted his side will face a tall order to contain the two since he has a depleted defence heading into the fixture.

“We already have problems, especially in central defense. With Jeff [Gouweleeuw] and Felix Uduokhai we have two big question marks where we don't know whether one of them or both can play,” Weinzierl continued.

“Unfortunately, Fredrik Winther returned with a fever on Wednesday (U21 Denmark), which makes things even more difficult. And so a zone becomes a problem zone.

“Tobi Strobl is also still out of training and will probably not be available. So we have to look at how we set up the central defense.

“Unfortunately, in Alfred Finnbogason we have a player who has problems from the game against Heidenheim. He played again relatively early and now has problems with his Achilles tendon. We have to wait and see.”

He was also selected by Nigeria for their 35-man provisional squad for the 2016 Summer Olympics, but has not featured for the Super Eagles yet.