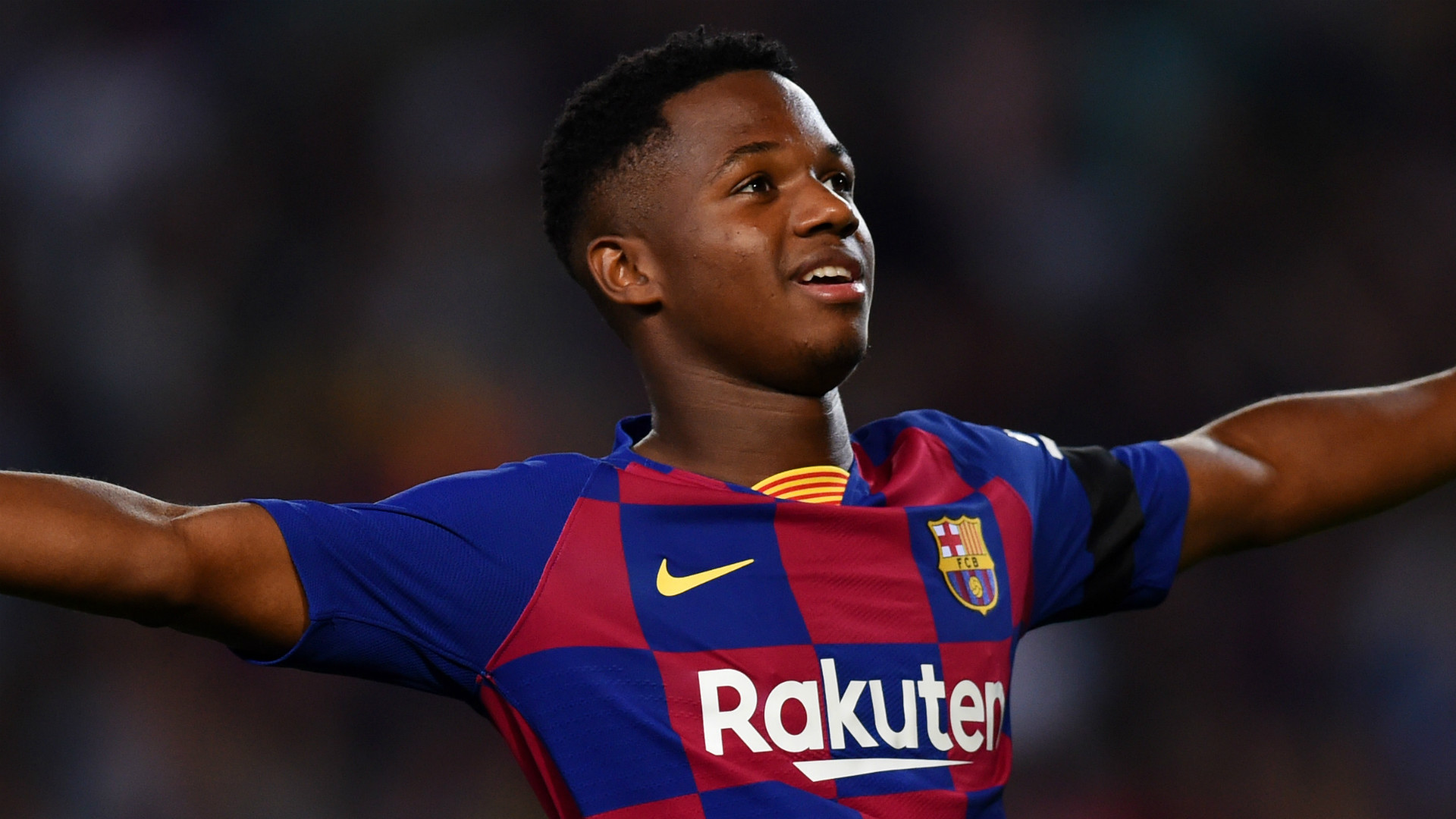 Fati, who will now wear the No.22 shirt vacated by Arturo Vidal, has put pen to paper on deal which will see him remain on Barca's books through to 2024, after enjoying a superb breakthrough campaign at Camp Nou in 2019-20.

The 17-year-old's original agreement was due to expire in two years, but the Blaugrana have managed to tie him down to fresh terms and increase his original release clause by €230m (£211m/$269m).

Barca have also officially unveiled Fati as a senior level player ahead of his 18th birthday on October 31, and he will be expected to play an even larger role in the team over the course of the new La Liga season, which kicked off last weekend.

At the age of 16 years and 298 days, the Spanish winger became the second-youngest player in the club's history to be handed his full debut during a 5-2 win against Real Betis on August 25, 2019, before becoming their youngest goalscorer of all-time a 2-2 draw with Osasuna a week later.

Fati has since racked up a total of 42 appearances across all competitions for Barca, scoring 12 goals, and has also managed to make his mark on the international stage.

The talented teenager broke more records when grabbing his first two caps for Spain in a UEFA Nations League double header against Germany and Ukraine earlier this month, becoming the country's youngest debutant in 74 years and overtaking Juan Errazquin as the youngest player to score for the national team in 95 years.

After his exploits on the international stage, Fati promised to fight for regular minutes under Barca's new head coach Ronald Koeman, who replaced Quique Setien in the managerial hot seat last month.

"I will continue working and the coach is the one who decides," he told reporters. "I will train hard, if I have the opportunity I will try to take advantage of it."

Fati could benefit from the major squad overhaul currently underway at Barca ahead of their Liga opener against Villarreal on Sunday.

Arthur, Nelson Semedo, Carles Perez, Marc Cucurella, Ivan Rakitic and Arturo Vidal have all moved onto pastures new, while talismanic frontman Luis Suarez is on the verge of competing a move to Atletico Madrid.

A humiliating 8-2 defeat to Bayern Munich in last season's Champions League quarter-final sparked a mass exodus which might have also included six-time Ballon d'Or winner Lionel Messi, who handed in a transfer request at the end of August.

Messi planned to leave Camp Nou after growing frustrated with the way the club has been run in recent years, but ultimately performed a U-turn over his future and pledged to stay put for at least one more year in order to avoid a drawn-out legal battle.