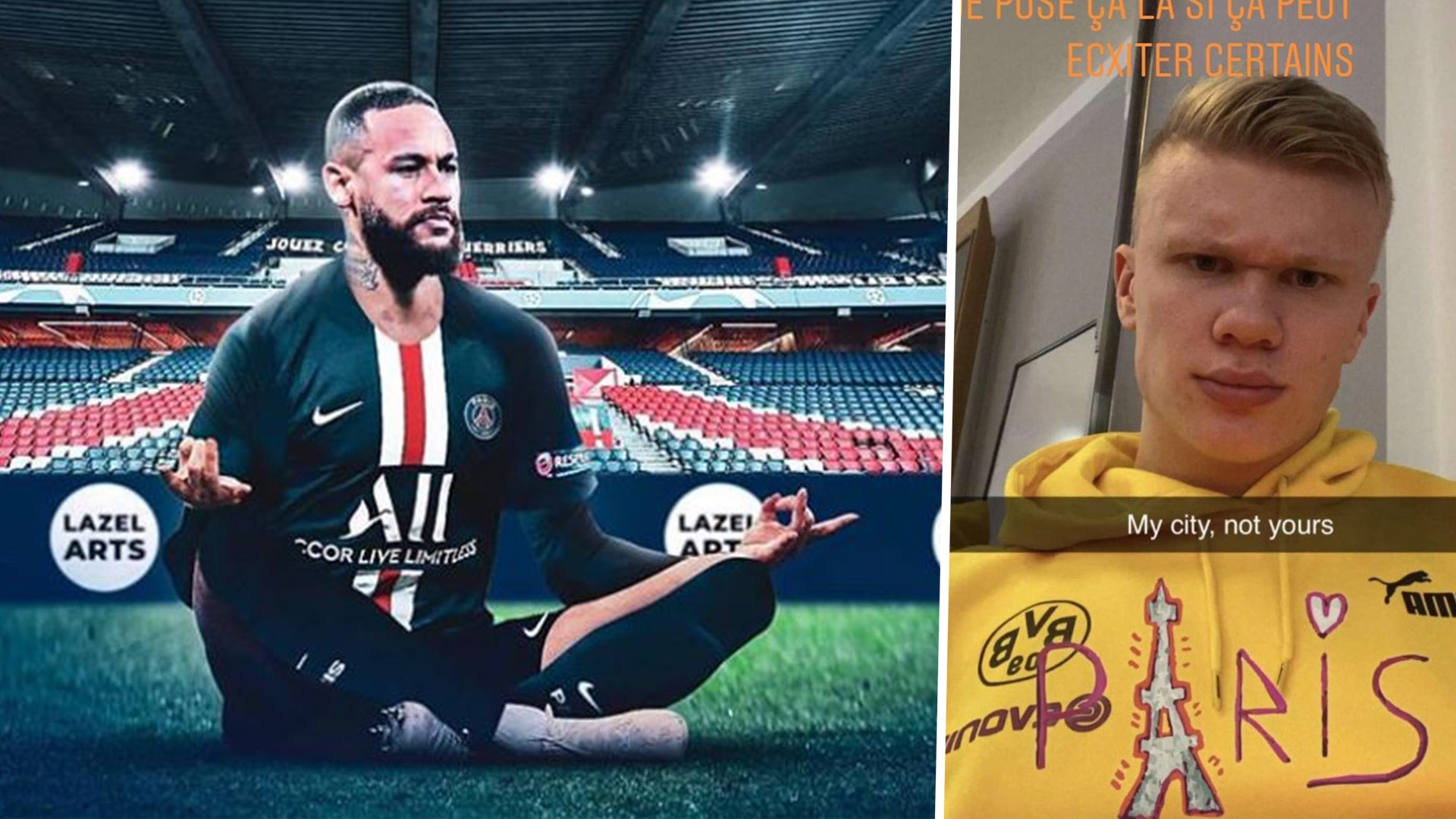 Neymar and his Paris Saint-Germain team-mates took to mocking Erling Haaland’s meditation celebration during a Champions League victory over Borussia Dortmund, seemingly in reaction to an image that emerged of the Norwegian on social media.

There were no supporters inside Parc des Princes on Wednesday to witness a 2-0 victory for the Ligue 1 title holders.

There was, however, plenty for the Paris natives to celebrate as a crunch clash was turned on its head.

Dortmund arrived in the French capital boasting a narrow one-goal advantage from the first leg but Neymar cancelled that out inside 28 minutes as the Brazil international forward broke the deadlock in the return date.

After finding the target, the South American decided to poke fun at a rival leading the line for Dortmund.

He put his fingers together in meditation pose, with that celebration having become the calling card of prolific Norwegian frontman Haaland.

The trolling from PSG was then taken a step further at the full-time whistle.

By then, Thomas Tuchel’s side were toasting a place in the quarter-finals, with Juan Bernat having grabbed their second goal of the night on the stroke of half-time.

A forgettable evening for Dortmund saw them finish with 10 men, as their European dreams were dashed, with Emre Can seeing red late on.

The entire PSG squad took to the field afterwards to pose in meditation mode.

The response to their actions on social media was mixed, with some questioning why a star-studded squad felt the need to mock 19-year-old Haaland.

The French giants were seemingly looking to get their own back on the Dortmund star after an image emerged on social media of him allegedly claiming Paris is "my city, not yours".

It is claimed that Haaland posted the image on his snapchat account although it remains unclear if the picture is genuine or whether it had been edited by a third party and subsequently shared across social media.

That didn't stop Neymar and his team-mates from reacting to it, however, with the 28-year-old later posting his own "Paris is our city, not yours" message on Instagram, accompanied by an image of him performing Haaland's celebration.

PSG are now waiting on the draw for the last eight of the 2019-20 Champions League, while Haaland and Dortmund must narrow their focus on the pursuit of a domestic crown in the Bundesliga.